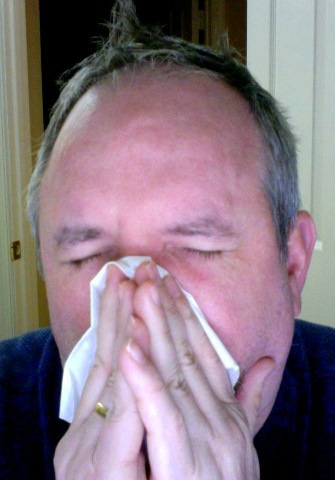 It's well-known that even workers who think they have the flu will often head into work anyway, either because they need the money, they're hoping to impress the boss or they want to prevent their colleagues from having to pick up the slack.

Recent research shows that despite these good intentions, coming in sick is a bad idea. People who go to work when ill don't get as much done as they think they will and they run the risk of infecting their colleagues. For employers, the productivity hit from a sick worker is twice what it would have been had that person simply stayed home.

Another reason to stay home if you're sick
Is your employee sick -- or taking a "mental health" day?

But until now it hasn't been clear exactly how many workers get needlessly sick when their colleagues show up hacking, wheezing and generally spreading their germs around. New research from the University of Pittsburgh starts to give us an idea.

Supriya Kumar, who lead a study of the H1N1 influenza pandemic in 2009, estimates the U.S. would have seen about 5 million fewer cases of flu during the outbreak if a federal law had mandated paid sick leave for employees. Furthermore, a disproportionate number of those cases of the flu -- some 1.2 million -- would have been prevented in Hispanics.

Kumar surveyed roughly 2,000 U.S. adults about their health and behavior during the 2009 pandemic. Since relatively few people who felt sick during that time were actually tested for H1N1 (commonly referred to as swine flu), the survey asked about flu or symptoms of flu-like illnesses. The social factors that had the biggest impact on the spread of flu-like illness were the presence of children in the household and, more notably, access to paid sick leave.

Even after taking into account the income and education levels of people who got sick and those who didn't, Kumar's team found that access to paid sick leave and the presence of children in the house led to a greater risk of flu-like illness in Hispanics.

The study, to be published in the American Journal of Public Health, certainly appears to make a case for paid sick leave. Do you think employers should be required to offer paid sick leave to everyone? If so, how much?