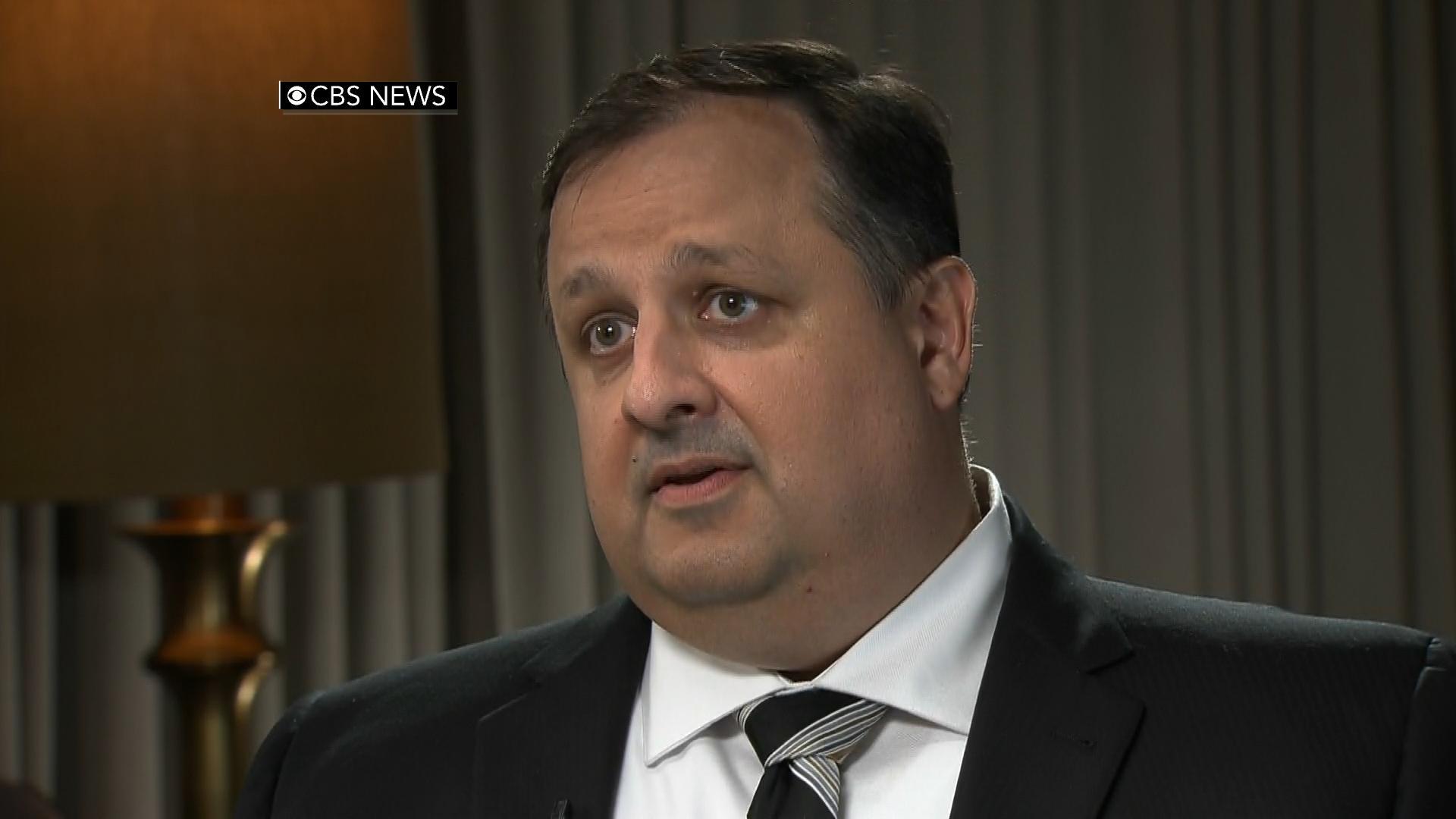 WASHINGTON -- Walter Shaub, Jr., the director of the Office of Government Ethics (OGE), has been a unique voice. In his position, he's taken on his boss, President Trump, publicly. But on Thursday, he gave up, and announced he is resigning from his position.

"I really felt like I've achieved all I can achieve under current circumstances," Shaub told CBS News' Julianna Goldman Thursday, in his first television interview since announcing his resignation.

He says that unless Mr. Trump eliminates all financial ties to his businesses, the American people can never be certain his policy decisions are based on what's best for the country.

"Do you think the president and his family are using the office to enrich themselves?" Goldman asked Shaub.

"I can't know what their intention is," Shaub said. "I know that the effect is that there's an appearance that the businesses are profiting from his occupying the presidency. And appearance matters as much as reality. So even aside from whether or not that's actually happening, we need to send a message to the world that the United States is gonna have the gold standard for an ethics program in government, which is what we've always had."

"But at this point it sounds like you're saying you can't be sure," Goldman said.

"You can't be sure, and so it almost doesn't matter whether they are profiting or not," Shaub continued. "America should have the right to know what the motivations of its leaders are, and they need to know that financial interests, personal financial interests, aren't among them."

In previous administrations, the OGE operated below the radar. Shaub changed that shortly after the election when he unleashed a series of sarcastic tweets prodding Mr. Trump to divest his assets.

"In many ways, what I was really trying to do with that is A. communicate with the president using the medium that I saw him communicate in," Shaub said.

But he never spoke with the president. And Shaub said the White House counsel dismissed his concerns.

Ultimately, Mr. Trump handed control of his private businesses to his sons, and noted there are no conflict of interest laws for a president. His attorney also said he couldn't sell off his assets because he'd lose money.

"I have no sympathy for that," Shaub said. "I mean, he's in a position where he's going to have to send young men and women to die in combat potentially, or risk their lives at least. They're paying a much higher price. So, no, it's not too much to ask for somebody to incur a bit of a financial loss if they have to sell things off."

Shaub announced that he will resign before the end of his term, effective Wednesday, July 19. In his resignation letter, Shaub called it the "great privilege and honor of my career" to lead the OGE staff.

Shaub, an Obama appointee, was already in his fifth and final year of the job, but his term was not scheduled to end until January 2018.

Shaub said he will be taking a new job at The Campaign Legal Center, a group that aims to strengthen democracy and improve ethics in government.

CBS News' Julianna Goldman will have more on this story on Fri., July 7 on "CBS This Morning."