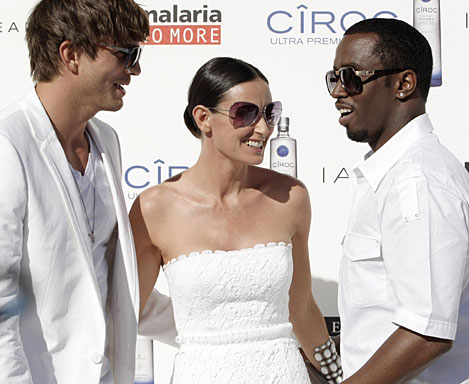 Author Walter Mosley has another page-turning mystery novel out, "Bad Boy Brawly Brown." Mosley visits The Early Show on Tuesday to talk about his book and the racially conscious, social aspect of his mysteries.

Mosley's popular character Easy Rawlins is back. Easy is a WWII veteran and school janitor supervisor who becomes a detective when friends need his help.

"Bad Boy Brawly Brown" takes place in 1964 in Los Angeles. In the beginning of the book, Easy is reflecting on the death of his best friend and sidekick, Raymond 'Mouse' Alexander. This is where the last book about Easy Rawlins, "A Little Yellow Dog," ended six years ago.

'Mouse' was a short-tempered, dangerous character with a quick trigger finger and Easy is having a hard time accepting his death.

Easy is also living in domestic bliss with his girlfriend and two adopted children and has pretty much decided he's done with the crime scene. That's until the girlfriend of a buddy in Los Angeles asks him to investigate whether her son (Brawly Brown), a gang member who rejects white leadership and laws, is ok.

Soon enough, Rawlins is risking his life to help.

Read an excerpt from Chapter 1:

MOUSE IS DEAD. Those words had gone through my mind every morning for three months. Mouse is dead because of me.

When I sat up, Bonnie rolled her shoulder and sighed in her sleep. The sky through our bedroom window was just beginning to brighten.

The image of Raymond, his eyes open and unseeing, lying stockstill on EttaMae's front lawn, was still in my mind. I lurched out of bed and stumbled to the bathroom. My feet hurt every morning, too, as if I had spent all night walking, searching for EttaMae, to ask her where she'd taken Ray after carrying him out of the hospital.

So he was still alive? I asked a nurse who had been on duty that evening. No, she said flatly. His pulse was gone. The head nurse had just called the doctor to pronounce him dead when that crazy woman hit Arnold in the head with a suture tray and took Mr. Alexander's body over her shoulder.

I wandered into the living room and pulled the sash to open the drapes. Red sunlight glinted through the ragged palms at the end of our block. I had never wept over Raymond's demise, but that tattered light reflected a pain deep in my mind.

IT TOOK ME over half an hour to get dressed. No two socks matched and every shirt seemed to be the wrong color. While I was tying my shoes Bonnie woke up.

"What are you doing, Easy?" she asked. She had been born in British Guyana but her father was from Martinique, so there was the music of the French language in her English accent. "Gettin' dressed," I said. "Where are you going?"

"Where you think I'ma be goin' at this time'a day? To work." I was feeling mean because of that red light in the far-off sky. "But it's Saturday, baby." "What?"

Bonnie climbed out of the bed and hugged me. Her naked skin was firm and warm.

I pulled away from her. "You want some breakfast?" I asked. "Maybe a little later," she said. "I didn't get in from Idlewild until two this morning. And I have to go back out again today." "Then you go to bed," I said. "You sure? I mean... did you need to talk?" "Naw. Nuthin's wrong. Just stupid is all. Thinkin' Saturday's a workday. Damn."

"Are you going to be okay?" she asked. "Yeah. Sure I am." Bonnie had a fine figure. And she was not ashamed to be seen naked. Looking at her pulling on those covers reminded me of why I fell for her. If I hadn't been so sad, I would have followed her back under those blankets.

FEATHER'S LITTLE YELLOW DOG, Frenchie, was hiding somewhere, snarling at me while I made sausages and eggs. He was the love of my little girl's life, so I accepted his hatred. He blamed me for the death of Idabell Turner, his first owner; I blamed myself for the death of my best friend.