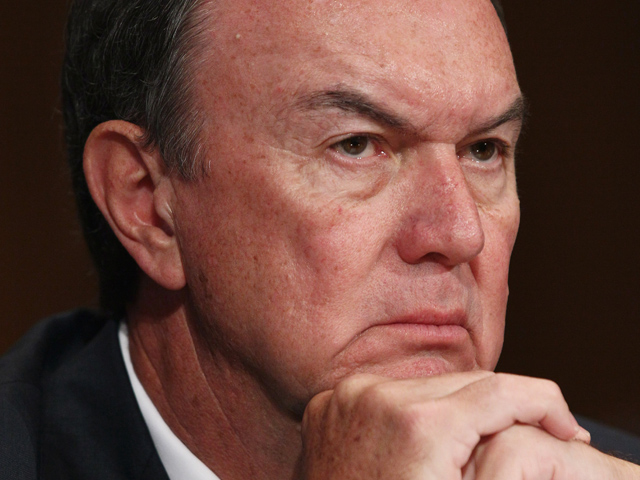 (AP) NEW YORK - Walmart's (WMT) final shareholder vote for its board of directors showed unprecedented dissent against key executives and board members, including CEO Mike Duke, in the wake of allegations of bribery in Mexico.

All of the company's nominees were re-elected. But the rise in votes against key leaders underscores how the bribery case could distract the world's largest retailer as it tries to continue its sales momentum in the U.S. and overseas.

According to results released by Walmart Monday, 13 percent of the 3.4 billion shares were voted against the re-election of Duke to the company's board. Nearly early 13 percent were against Chairman Robson Walton, the son of founder Sam Walton, and 15.6 percent went against former CEO Lee Scott. A little over 13 percent of the votes were cast against Christopher Williams, chairman and CEO of The Williams Capital Group, who serves as chairman of Walmart's audit committee.

Walmart announced that these four executives, along with 11 other incumbents, were re-elected to the board at Friday's shareholders' meeting in Fayetteville, Ark. A new candidate, Marissa Mayer, who is vice president for local, maps and location services at Google Inc., was also elected.

With descendants of Walmart's founder owning about 50 percent of Walmart's shares, activist shareholders had little chance of voting out the board members. But the numbers, particularly when excluding the Walton family and other insiders, show a more staggering loss of confidence. Excluding the family and insider shares, more than 32 percent voted against Duke and Williams, a little over 31 percent voted against Walton and a little over 38 percent voted against Scott, according to an analysis by Michael Garland, who represents New York City Comptroller's Office, which oversee the public pension funds of New York.

A year ago, Walmart's board received on average 98.4 percent support. Historically, the company's board received around that same level, with a few exceptions that didn't involve key company executives, according to Garland. The New York pension funds, which own 5.6 million shares of Walmart, voted against five members of the board including Scott, Duke and Walton.

"This is unprecedented opposition to the key leadership of the company," said Garland." The burden is on the board to take actions to restore investor leadership."

John Marshall, who oversees corporate governance at the United Food and Commercial Workers Union, called the vote "a significant rejection by a large portion of public shareholders."

Walmart's spokesman Dave Tovar released a statement Monday, saying that the company's independent compensation, nominating and governance committee nominated the directors and "obviously a substantial majority of our shareholders supported their election."

The vote came after a story by The New York Times published in April said the world's largest retailer allegedly failed to notify law enforcement after finding evidence that officials authorized millions of dollars in bribes in Mexico to get speedier building permits and other favors. Duke was head of Walmart's international business at the time of the probe in 2005, and Scott was CEO. It's not clear what board members like Walton knew.

Following the allegations, it has been reported that federal authorities in the U.S. and Mexico are investigating Walmart for potential violations. Investors are suing top executives. And shareholder groups, including the nation's two largest public pension funds, called for the removal of several board members.

Two leading proxy adviser firms, ISS and Glass Lewis & Co. Inc., recommended to Walmart shareholders to vote against certain board members up for re-election as well. They said executives neglected their responsibility relating to the alleged bribery scheme.

"Let me be clear: Walmart is committed to compliance and integrity everywhere we operate. I want to personally assure you, we're doing everything we can to get to the bottom of this matter," said Duke in an address to 1,400 shareholders and associates Friday.

The world's largest retailer has said it is overhauling its compliance program and expanding its internal investigation into the accusations to other countries.

Walmart's shares slipped 2 cents to $65.53 on Monday, though they are hovering around a 12-year high. That more than makes up for the 7 percent drop in price after the bribery allegations surfaced.