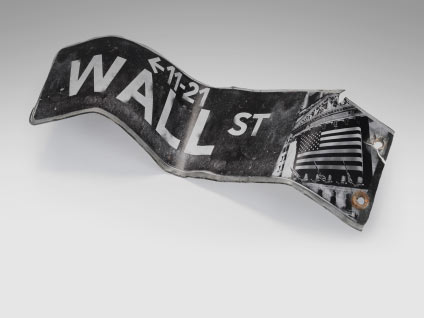 Here is a summary of the The Wall Street Reform and Consumer Protection Act, the long-awaited financial reform overhaul that passed out of conference committee at 5:39 a.m this morning.

Both the House and Senate are expected to pass the conference report next week so that it is on President Obama's desk by the July 4th recess.

House conferees agreed to the Senate language that creates a bureau within the Federal Reserve to regulate consumer financial products like mortgages and credit cards. The bureau would also oversee payday lenders and check cashing businesses. Auto dealers and pawnbrokers are exempt from the bureau's regulation even though the Department of Defense wanted auto dealers included because of past instances of exploiting members of the military. House members originally wanted this watchdog to be a freestanding agency.

The bureau would have broad authority to write new rules for a variety of consumer products. Republicans argue that this is an added layer of regulation that is unnecessary. Opponents also argue that all of the new regulations of lenders would reduce the amount of credit available to consumers.

Sen. Dick Durbin (D-Ill.) championed this provision that would regulate the $20 billion interchange fee system. It would require that the fees banks charge businesses for processing debit card transactions be "reasonable and proportional to the cost incurred in processing the transaction" according to Durbin's summary of the provision. The Federal Reserve would be required to issue new rules on the fees.

This 1-2% fee on the full price of the transaction is why many small retailers don't allow consumers to pay with plastic unless the transaction is over a certain amount. Retailers would be allowed under the bill to offer discounts to use cash. They can still set a minimum purchase amount to use cards, but the Federal Reserve would have the authority to set the minimum. This bill would set the minimum to start at $10.

The bill also only allows the federal government or institutions of higher education to set a maximum amount for acceptance of credit cards.

Lenders must verify that borrowers are able to repay the loans that they issue. Lenders would pay penalties for irresponsible lending.

The bill would ensure that consumers benefit when refinancing a mortgage. It would eliminate fees -- known as "prepayment penalties" -- for paying off a mortgage early.

If a lender refuses an potential borrower's loan, that lender would be required to let the applicant know their credit score for free.

The Power to Unwind:

The FDIC would have the authority to liquidate failing firms while the Treasury Department fronts the money to do so. There would also be a repayment plan so that taxpayers are guaranteed to get the money back.

The council would monitor systemic risk across the entire financial system and make recommendations to the Federal Reserve to alleviate that risk. The ten-member council would include the heads of the federal financial agencies.

Republicans biggest beef with the whole bill is that it does nothing to address the problems, and sustainability, of mortgage giants Fannie Mae and Freddie Mac.

The House wanted to create a $150 billion fund to pay for any future bailouts. The fund would be paid for by the banks. This provision was gutted. Conferees agreed that this could only be created after a massive collapse. This is the fund that Republicans successfully painted as a permanent bailout fund when Democrats in the Senate tried to include a similar, but only $50 billion, fund.

One of the thorniest issues, and the final compromise that led to passage of the conference report, was whether, and how, to allow banks to trade derivatives. Under the agreement, banks would be forced to spinoff some derivative trades to a subsidiary so that they are not in the same pot as federally insured deposits. They would not be allowed to trade in some of the most risky derivatives. Banks could still trade some swaps to legitimately hedge risk. Most swaps would have to be cleared and traded on exchanges.

Credit rating agencies like Moody's, Standard and Poor's and Fitch took a lot of heat after the financial crisis for giving AAA ratings to some of the most toxic mortgage-backed securities. As lawmakers made an effort to understand what led to the 2008 financial crisis, they saw that an inherent conflict of interest since the agencies are paid by the companies for the ratings. Under the conference agreement, there will be a two-year study, but then the SEC must create a board that will assign credit ratings agencies to issuers of asset-backed securities. That's unless the SEC study reveals a better way to eliminate the conflict of interest.

The GAO will be able to do a full audit of the Federal Reserve. This is still a major provision, but conferees did not accept the more strict language in the House bill that would require an audit every year.

Financial firms with over $50 billion in assets and hedge funds with over $10 billion have to pay a fee to pay for the costs of the bill.

Sen. Scott Brown (R-Mass.), who is expected to be a key swing vote next week in the Senate, got some sweet exemptions for financial firms in the Boston area according to the Boston Globe.

Congress Agrees on Sweeping Financial Reform
Wall St. Reform Bill Greeted with Skepticism
Jill Schlesinger: What's In It For Consumers?
Obama: Overhaul Has 90% of What I Proposed
Special Section: Wall Street Under Fire