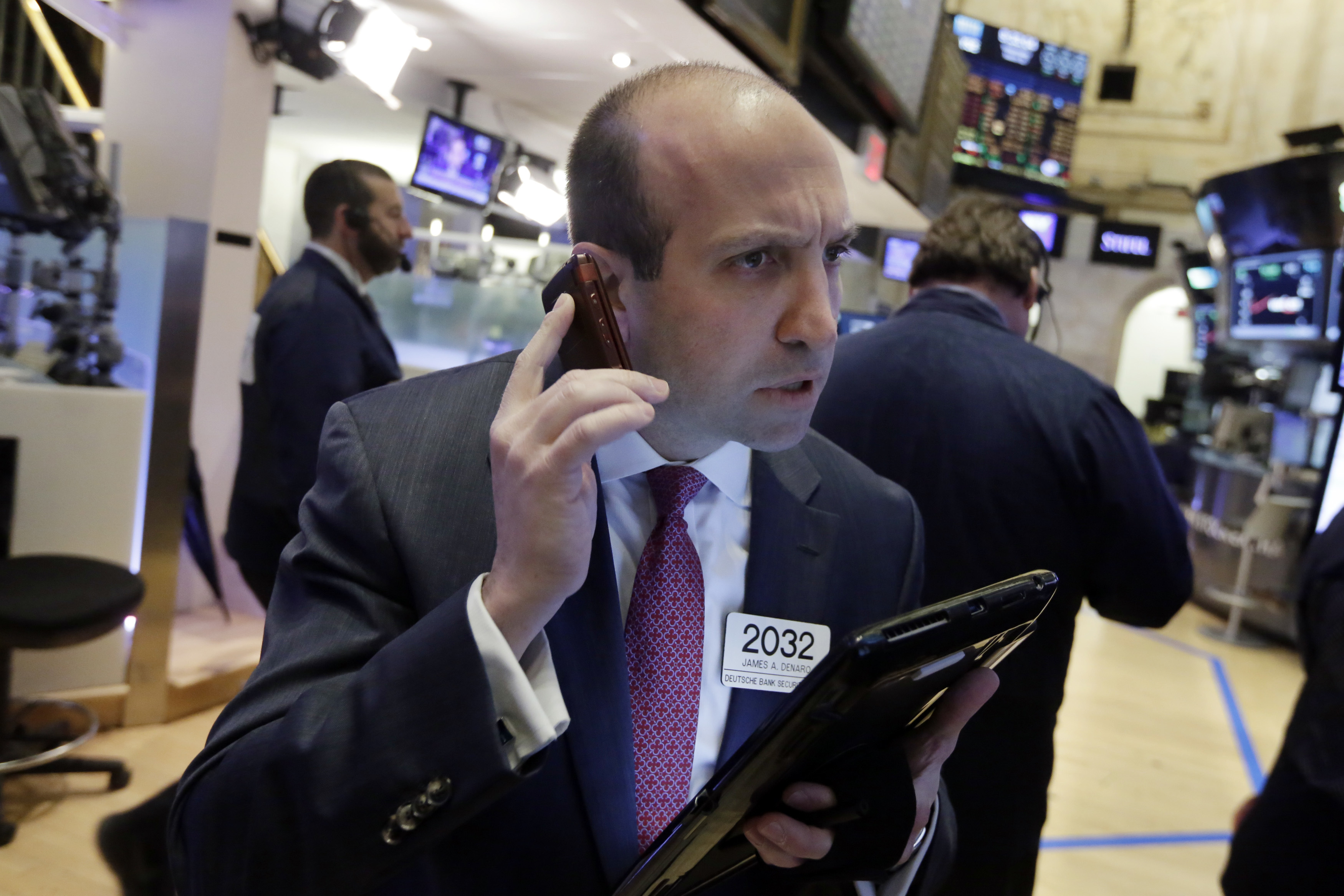 NEW YORK - U.S. stocks are rising Wednesday as banks and technology stocks trade higher. Cruise line companies are rising after Carnival posted strong first-quarter results. The market is building on a rally that started the day before and has reached a high mark for the year.

Cruise line operator Carnival got a boost after its first-quarter results were better than analysts expected, and the company raised its profit projections for the year. The stock gained $1.74, or 3.5 percent, to $78.98 and competitor Royal Caribbean Cruises added $2.93, or 3.9 percent, to $85.37.

U.S. companies added 200,000 jobs in March, according to a survey of private employers by ADP, a payroll processing company. The survey showed companies in construction, retail and shipping continued to bring on new workers, and it suggests hiring continues in the U.S. The federal government will release its monthly jobs report Friday.

Acadia Pharmaceuticals rose after a Food and Drug Administration panel made a positive recommendation for Acadia's drug Nuplazid, which is intended to treat psychotic delusions and behaviors that harm patients with Parkinson's disease. The stock climbed $1.93, or 8.1 percent, to $25.74.

Drive-in restaurant chain Sonic is rising after it posted strong results in its fiscal second quarter. The stock rose $1.34, or 4.1 percent, to $33.90.

Payroll process Paychex lost $1.39, or 2.6 percent, to $53.10 as investors were unimpressed with its fiscal third-quarter results. The stock has climbed over the last two months and is near all-time highs.

Stocks rose to their highest prices of 2016 Tuesday after Federal Reserve Chair Janet Yellen said the central bank expects to proceed slowly in raising interest rates. That's because the stock market has been volatile and the economy has weakened somewhat over the last few months. Slower worldwide economic growth and weaker oil prices and profits could also hinder the U.S. economy.

France's CAC-40 climbs 1.7 percent, while Germany's DAX and the FTSE 100 in Britain each rose 1.6 percent. Asian stocks were mixed after the Asian Development Bank said economies in the region will grow at a slower pace in 2016 and 2017 because of reduced growth in China and a weak recovery in other major industrial economies. Tokyo's Nikkei 225 lost 1.3 percent as the yen continued to strengthen. Hong Kong's Hang Seng index climbed 2.1 percent. South Korea's KOSPI rose 0.4 percent.