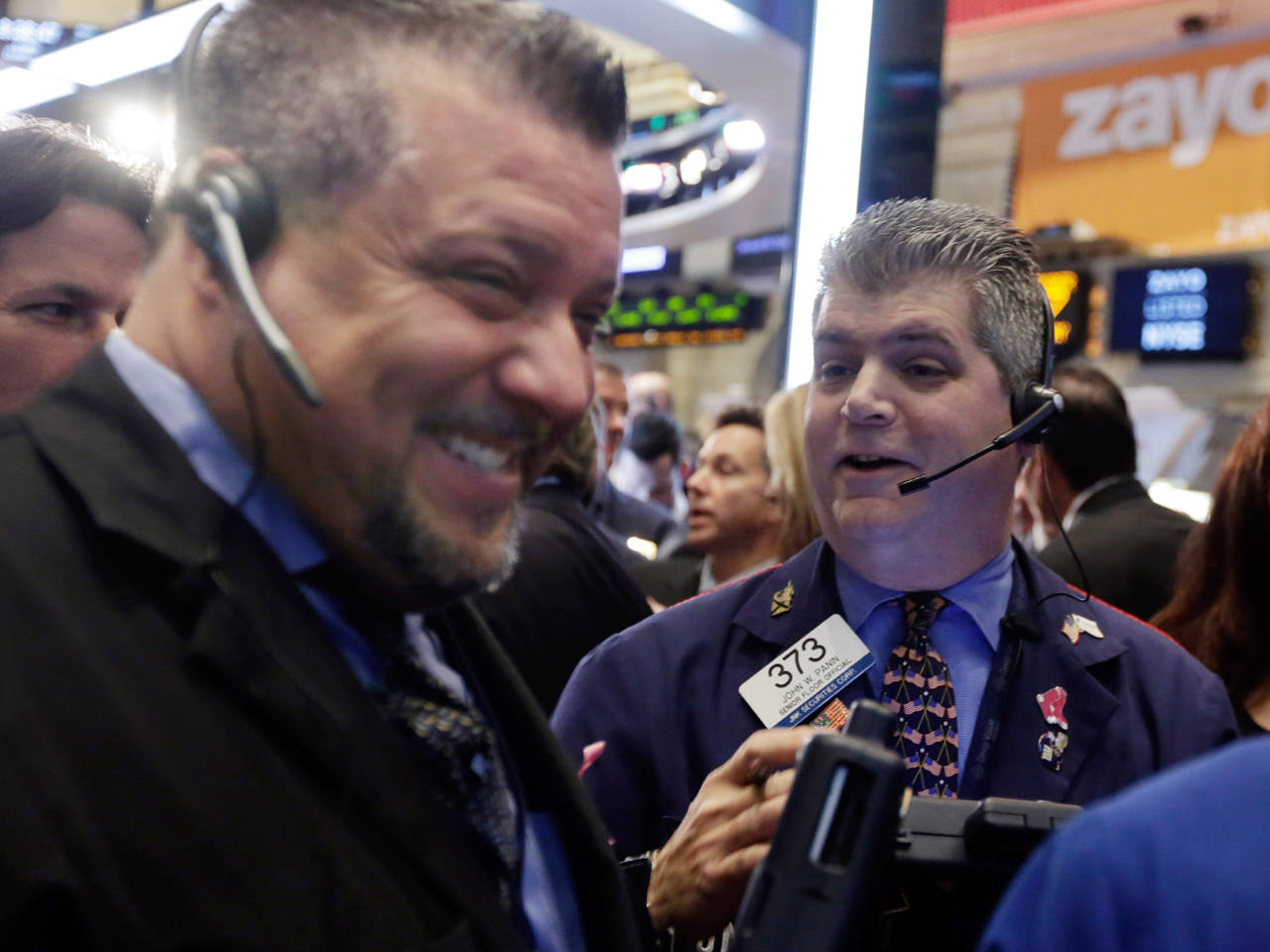 NEW YORK - The stock market had another turbulent session Friday, capping off one of the more eventful weeks on Wall Street in years. The Dow Jones industrial average soared more than 260 points following strong earnings from Morgan Stanley (MS), General Electric (GE) and Textron (TXT) as well as some encouraging U.S. economic reports.

It was the latest big move for a market which, with a few exceptions, has been on a mostly downward track. Stocks have had four weeks of declines, leaving the Standard & Poor's 500 index 6 percent below the record high it set Sept. 18.

Investors have been riding wild market swings for much of the week. The Dow Jones industrial average plunged as much as 460 points Wednesday, then had one of its best days of the year on Friday.

Market watchers have warned investors to expect more volatility than they have been used to in recent months, reflecting the heightened concerns about weaker growth in Europe and what it could mean for U.S. corporate profits, as well as plunging oil prices.

The turmoil has not been limited to the floor of the New York Stock Exchange. Bonds, overseas stock markets and commodities prices have all had big moves this week.

"Most of the swings this week were related to fears about global growth and not about the fundamentals of this market," said James Liu, global market strategist at JPMorgan Funds.

The VIX, a measure of how much volatility investors expect in stocks, has risen from 12 in mid-September to as high as 31 this week, above its historical average of around 20. That's still far below the readings of 80 it had at the height of the 2008 financial crisis.

"This volatility, in a way, is purely psychological. This is the market returning to a more normalized behavior," Liu said.

On Friday, investors rallied behind a group of corporate earnings results.

General Electric rose 2.4 percent after the company reported third-quarter earnings that beat analysts' forecasts, citing improved performance in its aviation and oil and gas divisions. GE has a broad range of businesses that cover so many parts of the economy, from banking to building nuclear reactors, that investors see its results as a bellwether for how U.S. industry is doing. GE rose 57 cents to $24.82.

Textron, another industrial conglomerate, had the second-biggest gain in the S&P 500 index after its own earnings came in far ahead of what analysts were expecting. Textron rose $2.99, or 9 percent, to $36.65.

Next week will be one of the busiest periods for Wall Street this earnings season. A total of 130 companies in the S&P 500 index will report quarterly results next week, including big names like American Express (AXP), Cola-Cola (KO), AT&T (T) and IBM (IBM).

Investors also had two pieces of positive economic data to work through.

A survey by the University of Michigan showed consumer sentiment unexpectedly rose last month to 86.4, much higher than the 84.3 expected by economists. It was the highest reading for that survey since July 2007, right before the Great Recession.

The Commerce Department reported that construction firms broke ground on more apartment complexes in September, up 6.3 percent to a seasonally adjusted annual rate of 1.017 million homes.

On Friday oil prices rose slightly, but were still down 4 percent for the week on prospects of lower demand from a slowing global economy and high supplies.