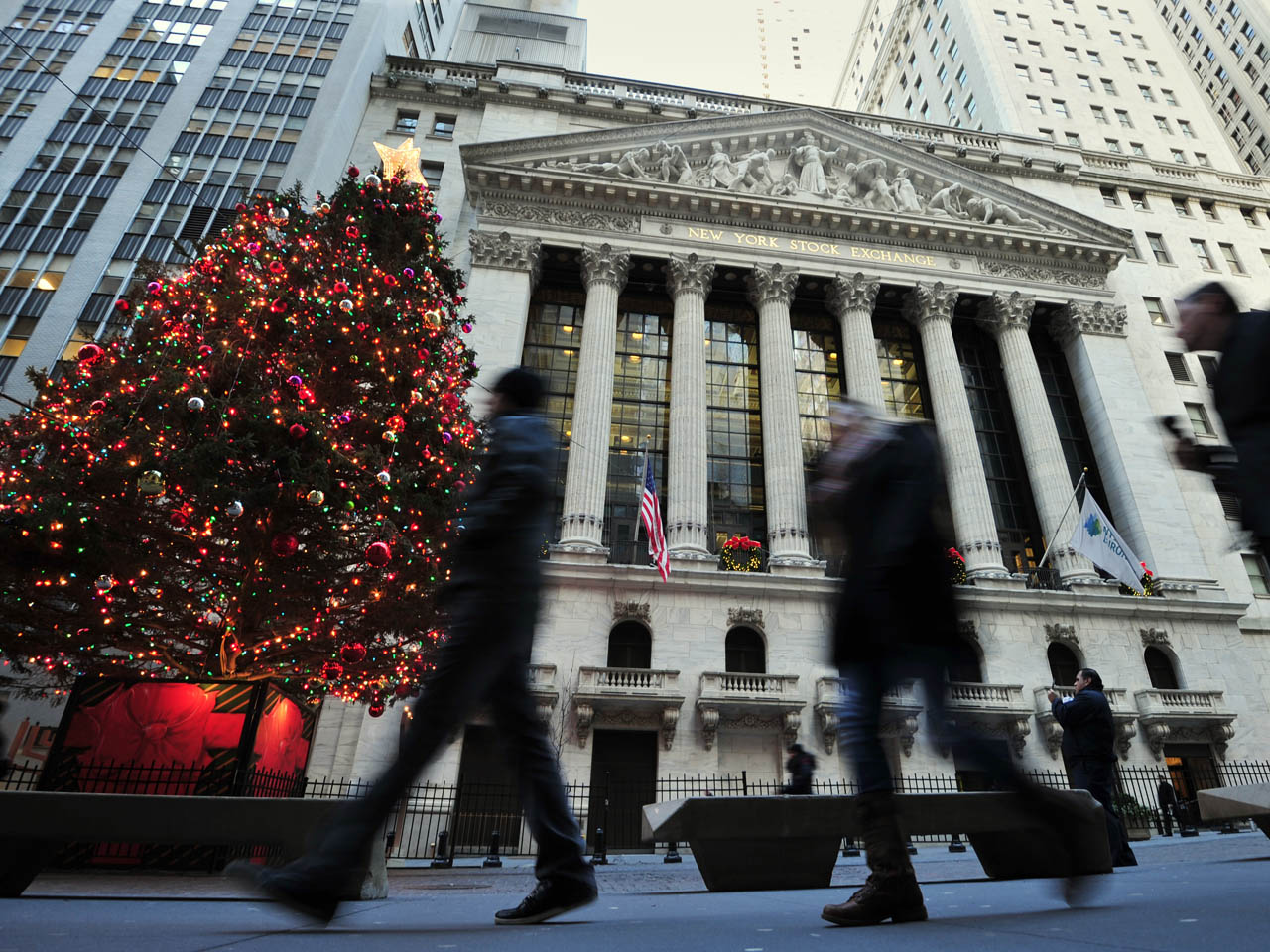 NEW YORK - Stocks rose in a holiday-shortened trading day Tuesday, helped by a report that showed American companies were investing in their businesses at the fastest pace since January.

Markets were open for just half a day ahead of the Christmas holiday, and trading volume was extremely light. Roughly 1.3 billion shares changed hands on the New York Stock Exchange, a third of what is traded on a regular day. It was the slowest day of the year.

Materials and industrial stocks rose more than the rest of the market after the government reported that orders for long-lasting manufactured products rose 3.5 percent in November, more than economists expected. Core capital goods, a category that tracks business investment, jumped 4.5 percent, the biggest gain since January.

Stocks have been rising steadily since last Wednesday, when the Federal Reserve surprised investors by announcing it was cutting back its bond-buying program, citing an improving economy. The Fed said it will reduce its bond purchases to $75 billion a month beginning in January, down from $85 billion.

With four trading days left in the year, many traders expect stocks to continue higher until New Year's Eve.

"Nothing has derailed this market this year, even with all the bad headlines of 2013," said Jonathan Corpina, a New York Stock Exchange floor trader with Meridian Equity Partners. "We still have end-of-the-year cash coming in."

Few investors expect stocks to continue to rise at this pace through 2014. On average, market strategists with the major investment banks expect the S&P 500 to rise to 1,900 by the end of 2014, barely above where the index is trading at now.

"It's basically been a straight line up for the last couple years and, as the saying goes, the bigger they are the harder they fall," said Uri Landesman, president of the hedge fund Platinum Partners. Landesman said he also expects 2014 to more volatile for the stock market.

Homebuilder stocks rose after the government reported that new home sales rose at a faster pace than analysts were expecting last month. Beazer Homes rose 62 cents, or 3 percent, to $24.03 and D.R. Horton rose 16 cents, or 0.8 percent, to $21.29.

Bond prices fell on the latest positive news on the U.S. economy. The yield on the 10-year Treasury note, a benchmark for many kinds of loans including home mortgages, rose to 2.99 percent from 2.93 percent the day before.

In other corporate news, Tesla Motors jumped $7.70, or 5 percent, to $151.25. The National Highway Traffic Safety Administration kept its 5-star safety rating on the company's Model S sedan, despite recent reports of battery-related fires. There have been no reported injuries or deaths related to any Tesla car fires.