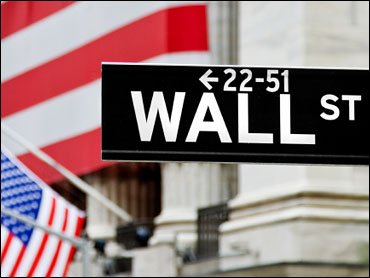 Employees at Wall Street financial firms collected more than $20 billion in bonuses in 2009, the year after taxpayers bailed out the financial sector amid the economic meltdown, New York state Comptroller Thomas DiNapoli said Tuesday. The payouts were about 17 percent higher than the previous year's bonuses.

Total compensation at the largest securities firms grew beyond that figure and profits could surpass what he calls an unprecedented $55 billion last year, DiNapoli said. That's nearly three times Wall Street's record increase, a rate of growth that is boosted in part by the record losses in 2008 of nearly $43 billion, the Democrat said.

"Wall Street is vital to New York's economy, and the dollars generated by the industry help the state's bottom line," said DiNapoli. "But for most Americans, these huge bonuses are a bitter pill and hard to comprehend. ... Taxpayers bailed them out, and now they're back making money while many New York families are still struggling to make ends meet."

The projections would make the average bonus $124,850. In 2008, the average was $112,000, according to DiNapoli's office. For many of the biggest firms, total compensation was up 31 percent, while sector-wide the average was a 27 percent increase to over $340,000, DiNapoli's spokesman said.

"And I think particularly now in a time of great economic uncertainty, cannot be justified," Feinberg told Mason.

DiNapoli supports reforms that require Wall Street bonuses to be tied to long-term profitability, to force more stability in the volatile markets and "make sure the securities industry thrives without driving the rest of us out on a fragile economic limb."

DiNapoli reviews tax collections each year and bases his annual projection of Wall Street bonuses on income and other taxes paid in New York City.

DiNapoli notes the bonuses help state revenues tremendously as it faces an $8.2 billion deficit, but they are a "bitter pill" to most taxpayers nationwide.

"I think it's in line with what we were expecting in terms of the record profits we've seen disclosed on Wall Street and coming off such a terrible year," said Joe Sorrentino, managing director of executive compensation consultant with Steven Hall & Partners. He said that had taxpayers not been furious about funding the bailout that made six- and seven-figure bonuses possible, "the bonuses would have been even higher."

While New York taxpayers might be more understanding because the bonuses are critical for state and city tax revenue, "the rest of the country hasn't been able to wrap their head around these large numbers," Sorrentino said.

"For a certain segment of the population, any bonus would be too much," he said. "But the reality is, if you don't pay these individuals a fair bonus, then they can go across the street and take their business with them. And, especially as we hopefully ramp up to recovery, that's your source of growth."

Still, the method of the bonuses for 2009, with many of them tied to stock options and other deferred compensation, helps tie the big checks to longer term performance, he said. That's what Congress has sought as a way to avoid another meltdown based on quick, unsustainable profits.

For example, he noted Goldman Sachs CEO Lloyd Blankfein is in line for a $9 million bonus compared to $68 million he received in 2007.

DiNapoli said the bonus pool is a third less than the amount paid out two years ago when Wall Street had its previously most profitable year.

The estimate does not include stock options that have not yet been realized or other forms of deferred compensation. This year's estimated bonus pool is third less than the amount paid two years ago, the previous most profitable year.

For example, Morgan Stanley CEO James Gorman could receive a stock bonus currently valued at $8.1 million for 2009 if he meets certain performance targets, the bank said in January. Gorman is getting deferred stock worth $5.4 million but no cash bonus for 2009, Morgan Stanley said in a filing. Gorman can't cash in the stock for three years.

Banks had been expected to hand out near-record compensation for last year's performance. Several banks earned huge profits in 2009, aided by billions in government bailout funds and a rebounding stock market.

State Attorney General Andrew Cuomo has pressed the nation's eight biggest banks to reveal how much they plan to pay out in employee bonuses for 2009. The Democrat also sought the size of the banks' bonus pool would have been affected if the banks hadn't received a taxpayer rescue at the height of the financial crisis in late 2008.

How to manage your retirement account in a bear market
Thanks for reading CBS NEWS.
Create your free account or log in
for more features.
View CBS News In
CBS News App Open
Chrome Safari Continue
Be the first to know
Get browser notifications for breaking news, live events, and exclusive reporting.