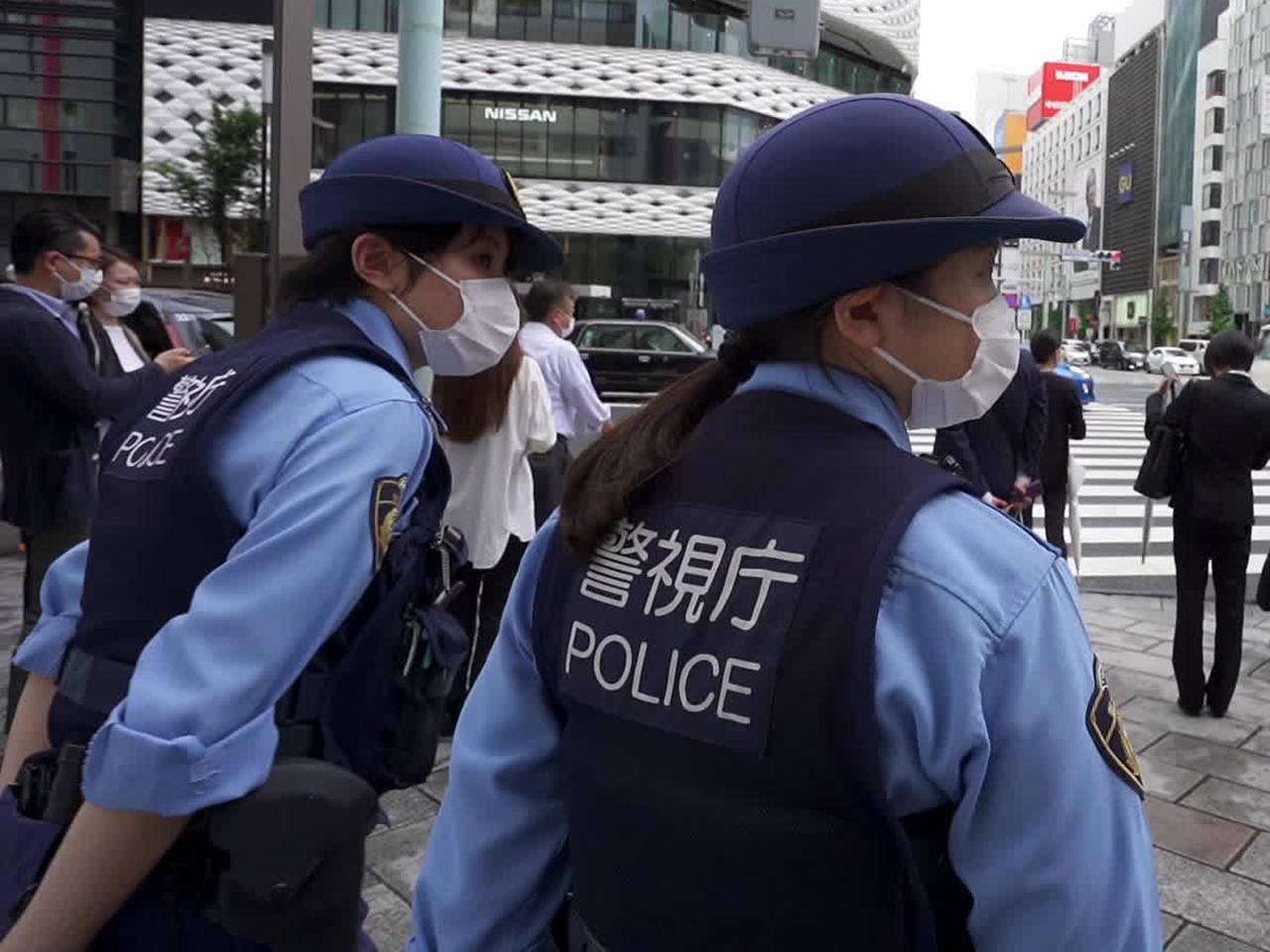 The essence of Japanese law enforcement is at the koban, or "police box." Besides more than 1,000 police stations, Japan operates 6,000 koban, and an equal number of smaller rural posts, blanketing every corner of the country. Close to half of the nation's cops are assigned to one.

Officer Maika Suzuki said the koban puts police at arm's reach in a crisis: "Dialing 911 seems easy," she told correspondent Lucy Craft, "but sometimes victims are too scared to call from home, or maybe they're not sure if their problem is really an emergency. So, they come down to the koban."

Koban operate like mini-police stations, but their responsibilities are vast, extending far beyond handing out traffic tickets and traditional law enforcement. Cops have evolved to become a kind of one-stop-shopping for problems large and small — whether it's giving street directions; finding a hotel room; lending carfare to cash-strapped commuters; or even patiently listening to marital spats.

But by far, the most popular police service is running what could be the world's biggest, most efficient lost and found. Last year, the Tokyo Police Department collected nearly three million items. There is an entire floor just for the nearly-quarter-million umbrellas retrieved from public transit and parks, each carefully tagged and logged for easy retrieval.

There are five more floors, stuffed with everything from baby strollers to dentures, not to mention cold cash, as Tokyo resident Jake Adelstein found.

After he absent-mindedly left an envelope of cash at the ATM, a Good Samaritan brought it to police, who returned it to Adelstein the next day. "Police are very well paid here, so they have an incentive to do their job well," Adelstein said. "That's their task. It's part of getting along with community. If someone brings something to the police, it gets logged in a file, and gets sent up to headquarters, and that thing gets tracked until it's returned."

Koban cops go to extraordinary lengths to learn their beats. They're required to regularly visit every business and household in their districts twice a year, ostensibly to hand out anti-crime flyers or ask about their security cameras.  The owner of a coffee shop told Craft, "With Officer Sota, we can say what's on our mind. He's really like a neighbor. Instead of dialing emergency when we need help, we just call him."

Visits like this, while extremely time-consuming and somewhat intrusive, are a gold mine for cops, yielding tips about suspicious activity, and building community contacts.

Police presence here is so low-key and ubiquitous, American law enforcement experts have compared Japanese cops to mailmen. Indeed, the cops seems to be just about everywhere – on guard at local festivals; helping kids cross the street; gently, if somewhat ineffectually, herding mobs at a Halloween street party; and stopping traffic for a Black Lives Matter protest.

Police departments create their own cuddly mascots, and produce cartoon civics lessons for kids. At least one police force, in western Japan, boasts a squad of dancing officers — all reinforcing the image of the casual, friendly and ever-helpful cop.

No wonder police are consistently rated one of the most trusted institutions in Japan.

Every officer carries a .38 caliber revolver, but thanks to strict gun laws, firearms usually stay holstered. Instead of lethal force, officers train intensively in self-defense skills for restraining offenders, called "Taiho jutsu" — the art of arrest. Officer Suzuki said, "It's is a set of techniques for keeping ourselves and others safe. I think of it as a martial arts for police. Our job is to protect not just crime victims, but crime suspects as well."

One night, with "Sunday Morning" tagged along, police catch a lawbreaker in the act, and head off in hot pursuit. After a furious sprint, they get their man: a taxi driver, nabbed for making an illegal turn. Later, the cops quietly break up a brewing fight.

As the evening wears on, they head out on patrol. An inebriated man mocks them, but the cops remain poker-faced. "Don't drink too much," one said.

Not everyone is a fan. Critics say Japan has too many cops, and that officers don't have enough to do. Japanese citizens essentially police themselves, say observers like Jake Adelstein, a former crime reporter. "Japan isn't a religious nation, but it is a superstitious nation," he told Craft. "I really believe that people believe there's karmic payback for what you do, good and bad. And I think that's a powerful tool in making people behave."

In 2020, Good Samaritans handed in nearly $30 million to Tokyo police. And last year, for the sixth year in a row, Japan had the lowest crime since World War II — cementing its reputation as "heaven for cops."