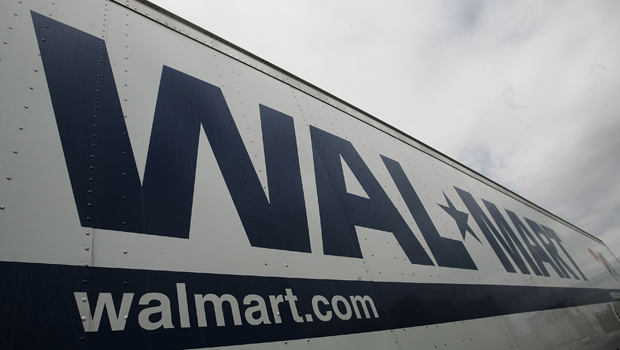 The move comes as the world's largest retailer faces increasing competition from Amazon.com (AMZN), which is testing same-day delivery service in 10 markets. The Bentonville, Ark.-based discounter is trying to cater to Web-savvy shoppers who are demanding more convenience.

Wal-Mart's tests started this month in northern Virginia and Philadelphia, and will be rolled out to Minneapolis on Tuesday. Wal-Mart plans to test the service in San Francisco and San Jose, Calif. later this month or in early November.

The program builds on a same-day grocery delivery launch in April 2010 in San Jose, followed by a test in San Francisco over the past year.

About 5,000 general merchandise items, including flat-panel TVs, toys and Apple iPads, will be available for the same-day option. The delivery charge is $10 for an unlimited number of items, with no minimum purchase. For those who live in San Francisco and San Jose, shoppers will be required to have a minimum order of $45.

"This builds on a testament to try to provide greater convenience to our customers," said Amy Lester, Wal-Mart spokeswoman.

In a recent Wal-Mart customer survey, the majority of respondents said they would consider same-day delivery if available, and more than half said they would use it monthly or more frequently. Also, the survey found that electronics, toys, video games, movies and groceries were among the items shoppers wanted delivered.

Wal-Mart's service works this way: Customers place orders up until noon and then choose a four-hour window to receive the delivery the same day. Wal-Mart is using UPS delivery trucks to deliver the merchandise. For the San Francisco and San Jose markets, shoppers have to order by 7 a.m. that day to receive those items. Wal-Mart is using its own fleet of trucks to transport the goods to shoppers' homes in those two regions.

In April, Wal-Mart rolled out a program that allows online shoppers who didn't want to use their credit cards to order the goods and then pay with cash at the local Wal-Mart store. Company officials said the program has fared well. It also has a program called Site to Store where shoppers order online, then pick up the products at the local store.

Amazon.com began testing same-day delivery service in 2009. The program is now available in 10 markets, including Chicago and Seattle.

Wal-Mart Stores Inc., based in Bentonville, Ark., operates more than 4,000 stores in the U.S.