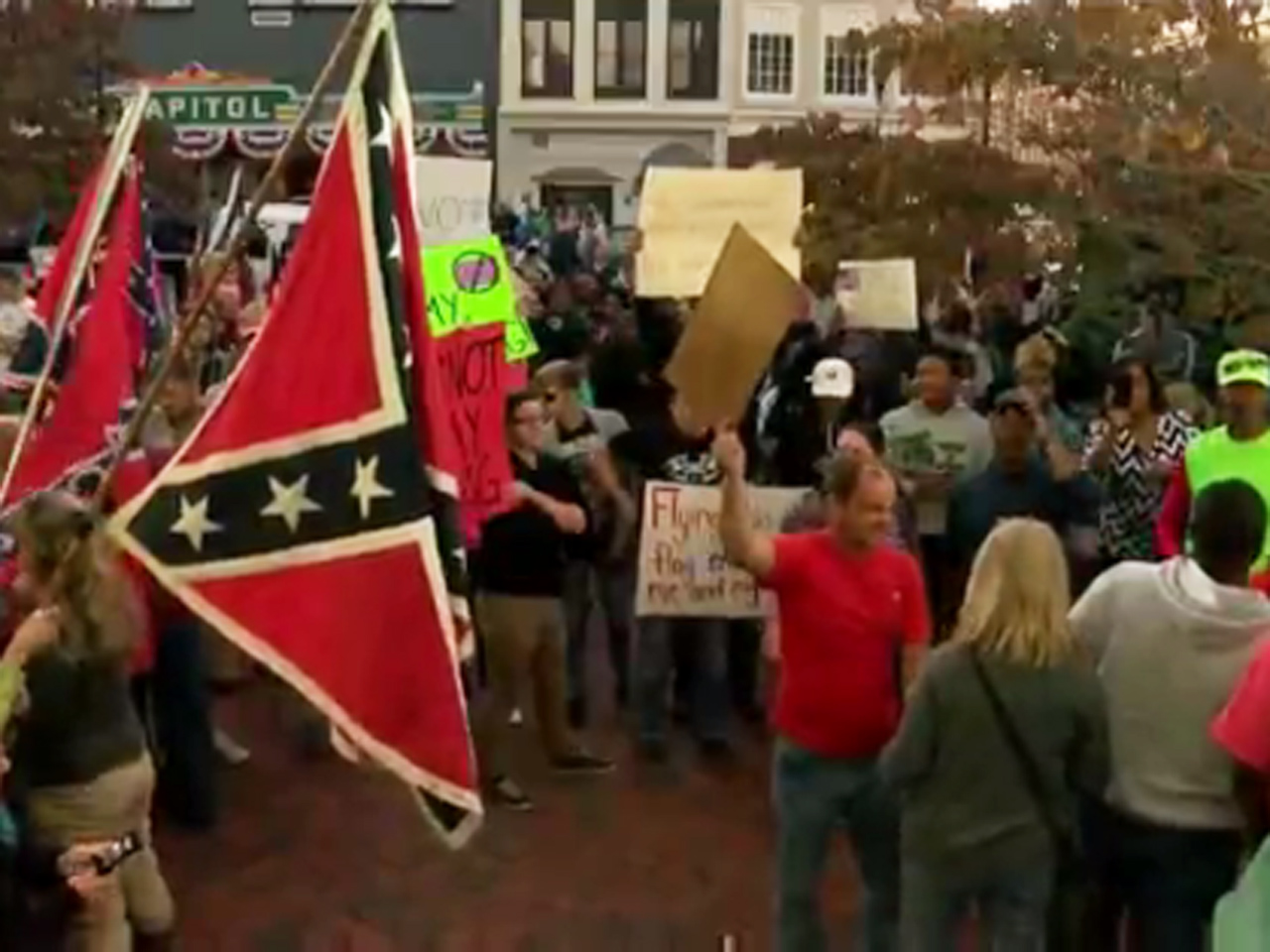 The only commissioner voting in favor of the resolution was the one who proposed it, James Randolph.

The measure called for the flag to be flown as "a part of history."

"I didn't figure the resolution would pass," Randolph said following the vote. "I wish it had went through because it is a part of history and it ain't got anything to do with race or anything like that."

While protests outside of the courthouse were peaceful for the most part, there were some heated arguments that were quickly diffused by Greene County Sheriff's Office deputies.

Opponents of the resolution cheered when the vote total was announced.

Chris Ward, a Confederate flag supporter, said he wanted it raised in honor of his great, great grandfather, who fought in the Civil War.

"He is a veteran and I'll always hold him as a veteran," Ward said. "He deserves that."

But others, such as Trudy Wallack, said having the flag outside the courthouse would have reflected poorly on the community as a whole.

"It's perplexing to me why suddenly someone wants to embark and install this flag that is an insult and hurtful to a lot of people," Wallack said.