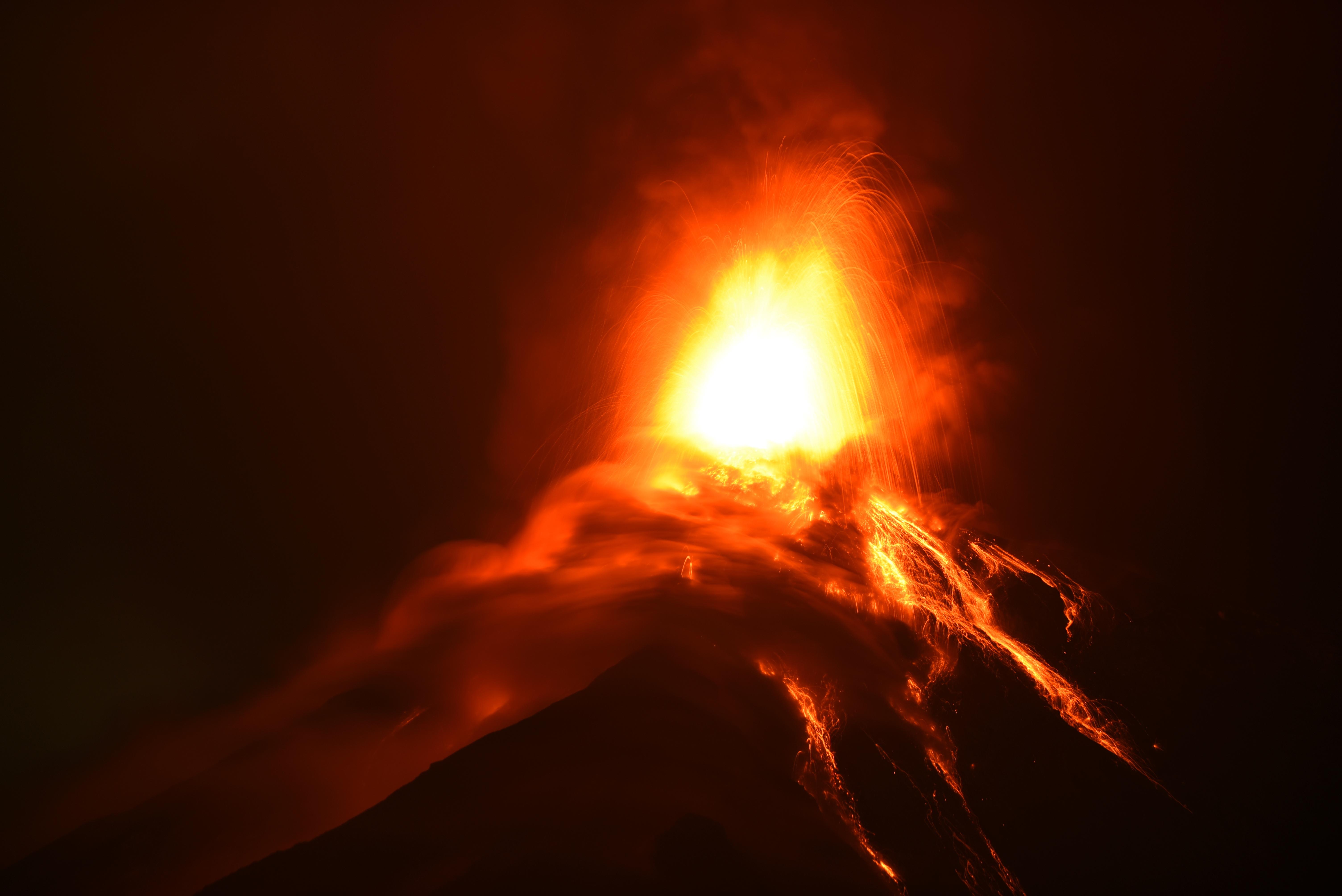 GUATEMALA CITY -- Disaster coordination authorities have asked 10 communities in Guatemala to evacuate and go to safe areas after an increased eruption of the Volcano of Fire.

The 10 communities have at least 2,000 residents, but each community will decide if they evacuate or not. Antigua al Rescate, an organization that helped communities after a devastating eruption in June, and a newspaper in the capital reported at least three communities were doing so.

Images of the volcano after midnight showed glowing lava at the summit. The volcano is located among the departments of Escuintla, Chimaltenango and Sacatepéquez in the south-central part of the country.

David de León, spokesman for the National Coordinator for Disaster Reduction, told The Associated Press that at least eight communities should leave.

De León said monitoring of the volcano's activity during the day Sunday showed the intensity of the eruption was being maintained, so the evacuation was called for to protect people.

The 12,300-feet Volcano of Fire is one of the most active in Central America.

An eruption in June killed 194 people and left at least 234 missing, although organizations supporting the communities have insisted there are thousands of missing persons. It spewed more ash and lava in October, prompting warnings for the nearby communities.

Prosecutors in Guatemala launched an investigation into whether the country's emergency response agency was negligent in its response to the deadly eruption during the summer.

One Guatemalan lawmaker told CBS News that it took the agency three hours to issue official evacuation warnings after scientists issued their own -- a delay officials blamed on a communication breakdown they believe may have cost lives.