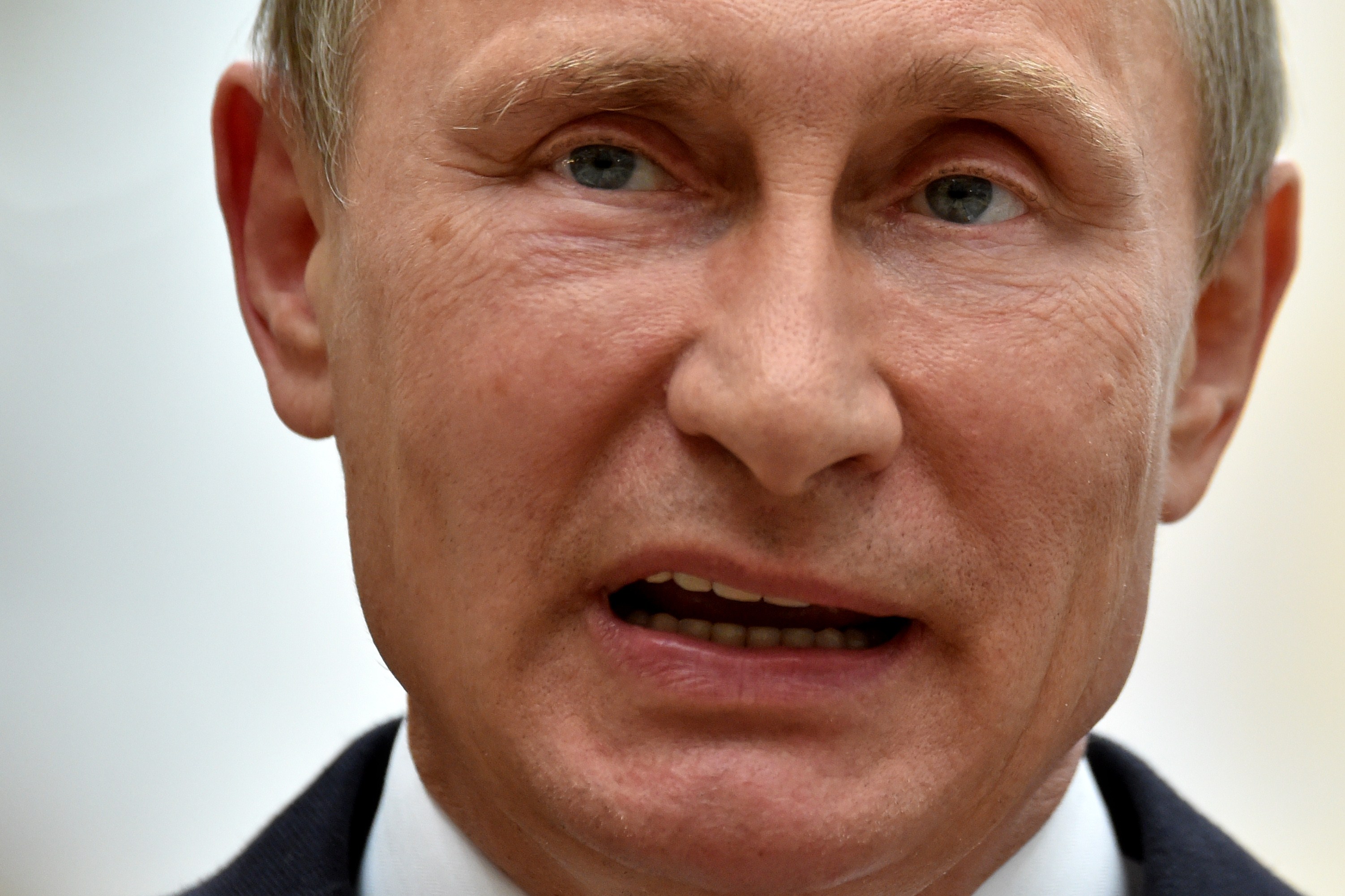 ATHENS, Greece -- On his first trip to a European Union country this year, Russian President Vladimir Putin on Friday sharply criticized western policy toward Moscow, describing a newly-expanded U.S. missile defense system as a threat to his country's security.

Putin arrived in Athens on a two-day visit and emerged from talks with the Greek government to lash the United States and NATO allies, also accusing them of stifling trade and energy cooperation with Russia.

Earlier this month, the U.S. program was declared operation at a site in Romania, drawing an angry reaction from Russia. NATO says the system is purely defensive and a response to a growing capability of ballistic missiles globally.

"Of course it's a threat to us. It can easily be modified to have an aggressive capability ... We are obliged to take action in response to guarantee our security," he said, without elaborating.

Putin has made only a handful of visits to EU countries since sanctions were imposed on Moscow two years ago in response to the Ukraine crisis and Russia's annexation of Crimea following an internationally disputed referendum.

"The issue of Crimea is over forever, based on the will of the people who live there. Russia will never negotiate on this issue," Putin said.

Athens is keen to maintain its traditionally close ties with post-Soviet Russia, despite its participation in EU sanctions against Moscow, and a gas pipeline project designed to limit Russia's regional energy dominance.

Russia is one of Greece's main trading partners, but business has been hit by the sanctions and a drop in commodity prices.

Greece is also keen to reverse a slump in tourist arrivals from Russia last year, and attract interest from Russian companies in the planned privatization of rail and other transport services.

"Improving relations with Russia on multiple levels is a strategic choice," Tsipras said. "Of course ... when the disagreements exceed our powers, we can act a positive influence within the EU and NATO."

"This will be the first time Putin has visited an EU country in the past six months and Russia-EU relations will be definitely on the agenda," said Alexander Kokcharov of the U.S.-based IHS Country Risk group.

"Putin is likely to offer investment projects in Greece, most likely in energy and transport sectors. However, we do not expect that Greece would go against the EU consensus."

On Saturday, Putin will visit the autonomous Orthodox Christian monastic community of Mount Athos, joined by the head of Russia's Othodox Church, Patriarch Kirill of Moscow.

Some 2,500 police were providing security for Putin's visit in Athens, and much of the city center was blocked to motorists and public transport.

Outside Parliament, a small group of demonstrators from a Greek gay and lesbian rights association gathered in protest against Putin's visit, chanting "Greece, Russia, Homophobia."

"We're here to support the Russian gay community," he said. "We haven't forgotten them."