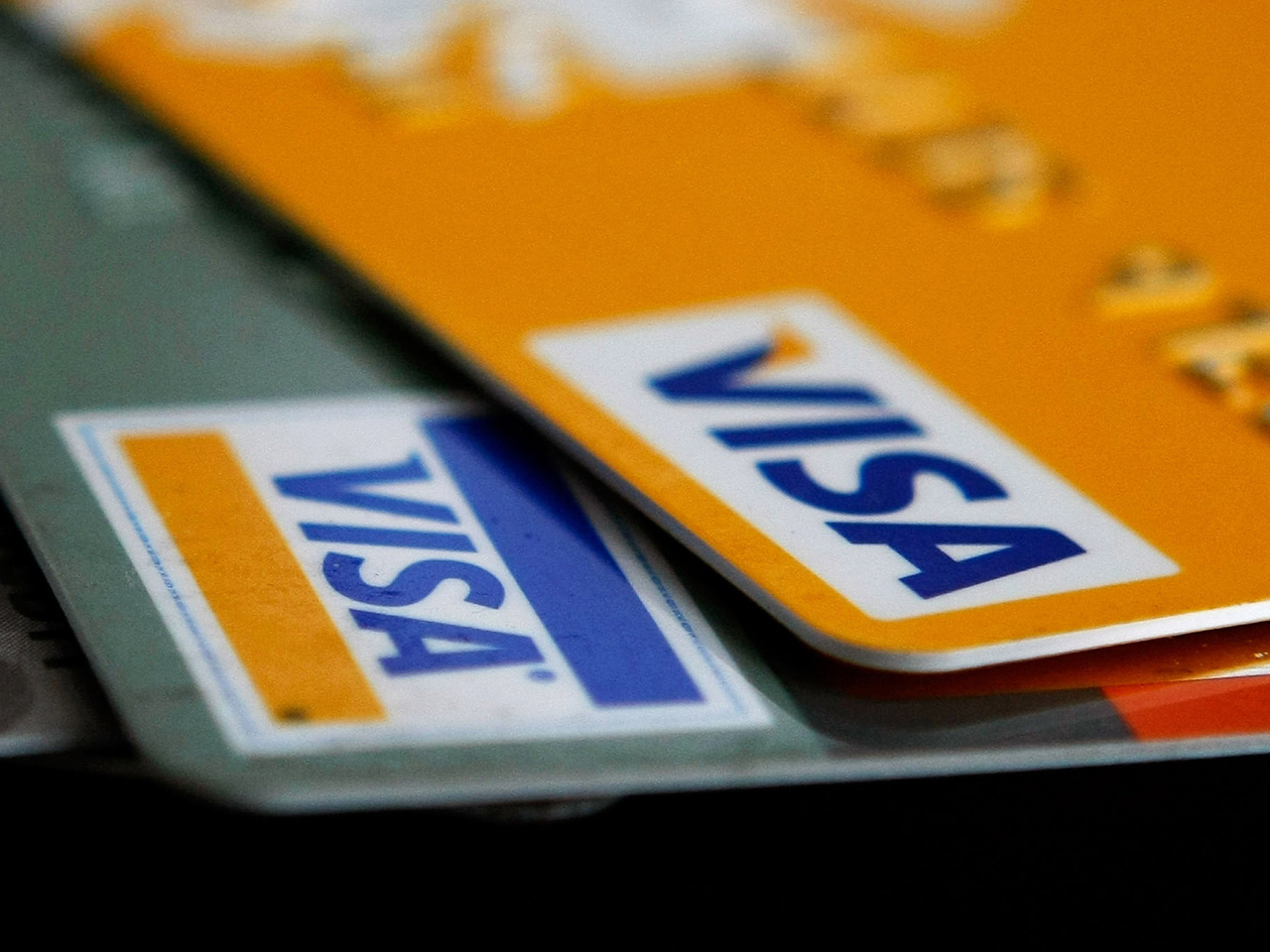 The payments processing company made $1.7 billion for the fiscal fourth quarter, which covered July through September, or $2.47 per share. That was nearly double the $880 million, or $1.27, that it made in the same period a year ago.

After adjusting for one-time items, earnings were $1.54. That beat the predictions of analysts polled by FactSet, who had expected $1.50.

Revenue was $2.73 billion for the quarter, up 15 percent. That was also better than the $2.68 billion that analysts had predicted.

Visa makes money by processing card transactions. Its results provide insight into how consumers are spending.

Revenue from data processing, international transactions and service were all up. Volume for all credit and debit use grew the most in Asia Pacific and the area covering Central Europe, the Middle East and Africa. It was only slightly higher in the U.S.

Visa has been focusing its sights on international expansion, especially in emerging market countries where the percentage of credit and debit card usage is very low. Earlier Wednesday, rival MasterCard also reported higher profit and revenue, fueled by the overseas business.

Unlike the banking industry, Visa wasn't cutting back on expenses. The company spent more on personnel, marketing, administration and other professional services.

For the full year, Visa earned $2.1 billion, down 41 percent from a year ago. Earnings were hurt in the fiscal third quarter because Visa and other credit card processors had to set aside money to settle a longstanding class-action lawsuit brought by retailers.

MasterCard, Visa and major banks have agreed to pay retailers $7.25 billion after the retailers accused them of fixing the fees that retailers have to pay whenever customers use credit cards. Despite pushback from some large retailers, the deal is expected to gain court approval in the coming months.