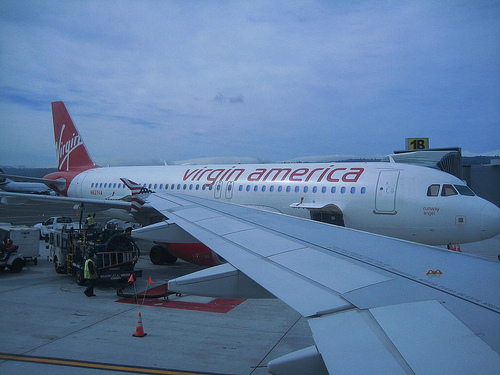 COMMENTARY Being hip is all very nice. But being reliable, functional and at least appearing to care about your customers matters a whole lot more. That's the lesson Reed Hastings has learned at NetFlix and the lesson that Virgin America is still learning.

With the cute tag line "We're shaping up our back end" Virgin America may have thought it had prepared their customers for a bumpy ride, when it changed over to the Sabre reservation system. But everything that could go wrong did go wrong - including Virgin's catastrophically blasé response to their customers' outrage. Customers couldn't access the website, many of those that did were given the wrong boarding passes or incorrect information and no one was told when any kind of normal service could be expected to resume. Even Virgin America flight crew were given the wrong information about when to turn up for work. The phone system couldn't cope; one customer said he was on hold for four hours - and then was hung up on. When he complained on VA's Facebook page, he was promptly kicked off. One poor woman was charged nine times for the same flight.

This is all bad enough. But, of course, the company spin just made matters worse. A VP of corporate communications at Virgin America claimed that customers and staff were happy with the change and they were experiencing minimal problems with the "smooth transition." Meanwhile, Twitter and Facebook were awash with howls of complaint.

Virgin may think having a cool brand is enough to keep it afloat but at moments like this, no amount of style and sexiness will calm customers' ire. And, just as the Netflix debacle has shown in recent weeks, years of customer loyalty can be blown away in a day when it's clear that the management has lost all touch with its customers.

How Virgin America could have responded

'Fess Up. Stop saying everything is fine. Tell the truth with contrition. Anything else is stupid and insulting.

Acknowledge not just the pain you've caused - but also the time, money and trust you've just wasted. Demonstrate that you think of customers as people to whom these things are precious.

Support the front line employees. Make sure they're well armed with remedies, compensation and stamina. They will be on the receiving end of anger and abuse. Make sure they have the support they'll need. Do not under-estimate how taxing this will be.

Shower your abused customers with love. Not for a week; not for a month. Cover them with love, refunds, rewards and air miles. Make it impossible for them not to forgive you. Use software intelligently so you can personalize this. Remember: if you address the crisis well, the angriest customer can be converted into an evangelist. But only if every subsequent encounter with the business is magical.

Take social media seriously. Put real people with brains on Twitter and Facebook. Get them to respond with integrity and honesty. Ditch the fake fans immediately. Fire the stupid PR guy who tried to deny the crisis.

Remember: however cool the brand, nothing beats being trustworthy. It may sound dull but it is the basis of forgiveness.

Should work for the family biz be on your resume?

Zero tolerance for tardiness in the workplace