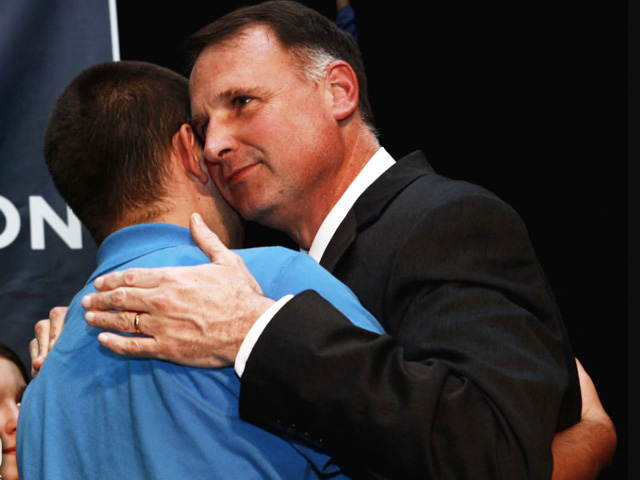 It was a shock last November when a Virginia state senator was slashed in the face and stabbed by his son. In an interview for "60 Minutes," Sen. Creigh Deeds speaks  for the first time on television about the attack and what he sees as a critical failure in mental health care - a failure that ended in the death of his 24-year-old son, Gus.

Gus Deeds was a talented musician on the dean's list at the College of William and Mary. But after he turned 21, he became delusional and was diagnosed as bipolar. Last November, his father was worried Gus would kill himself, so Deeds got a court order and sheriff's deputies to take Gus to an emergency room.

There, calls went out to find an open bed in a psychiatric hospital. Because of a state law designed to protect patients, the court order would expire in six hours. If they didn’t find a hospital bed in six hours, Gus was going home.

"He was coming home," Deeds says. "And I was concerned that if he came home, there was going to be a crisis."

No bed was found. There was no place to go but home.

"I didn't know what was going to happen, but the next morning, you know, I felt like there'd be a confrontation, but I didn’t- I had no reason to think there'd be violence," Deeds says. "And- but, you know, I got ready for work, and I went out to the barn to feed the horses, and Gus was coming across the yard and he was- I said, 'Hey, bud, how'd you sleep?' He said, 'Fine.' I turned my back and, you know, I turned my back, had this feed thing in my hands and he was just on me."

"He got me twice," Deeds says.

The stabbing continued; there were 10 wounds in all.

A neighbor found Deeds. As Creigh Deeds was taken to a hospital, Gus Deeds shot himself to death. Creigh Deeds has returned to the Virginia Senate, where he's introduced bills to extend the length of emergency court orders to 24 hours and create a computer database to list - instantly - every open psychiatric bed statewide.

Deeds' interview will be on "60 Minutes" this Sunday.