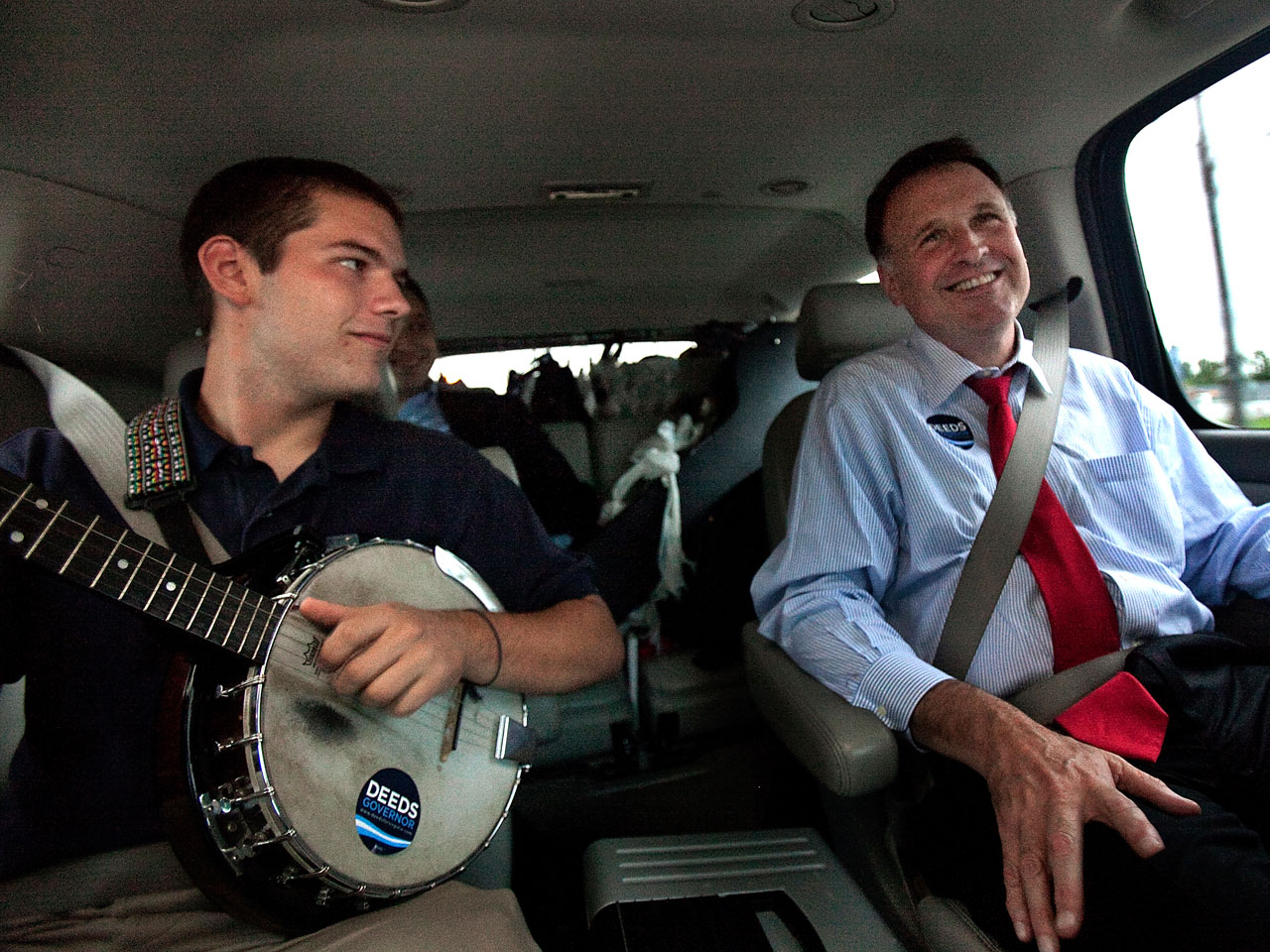 (CBS) - The story of Gus Deeds, who police believe stabbed his father and killed himself on Tuesday, has brought two major problems with the nation's mental health care system - lack of beds and poor communication - to the doorstep of Wash., D.C.

Deeds, the 24-year-old son of Virginia State Senator Creigh Deeds, had reportedly undergone an emergency mental health evaluation the day before the attack. And although doctors apparently thought he should be admitted for impatient treatment, Deeds was reportedly released because the facility was unable to find a psychiatric bed for him in the area.

However, the Washington Post reports today that at least three hospitals within an hour's drive of where Gus Deeds was evaluated say they had beds Monday night and were not contacted.

"These kinds of communications breakdowns can be life or death," says Ron Honberg, the policy director for the National Alliance on Mental Illness (NAMI). "The mental health system is horribly fragmented and coordination and communication across different entities and systems is at best inadequate and at worst non-existent."

According to Honberg, state hospitals cut 4,000 psychiatric beds between 2009 and 2011, and private facilities are also downsizing their psychiatric wards, opting to trade those beds for more lucrative medical-surgical spots.

On Tuesday morning, police were called to the home of Va. State Senator Creigh Deeds. They found Deeds stabbed "multiple times about the head and neck" and his son, Austin "Gus" Deeds, with an apparently self-inflicted gunshot wound. Gus died on the scene, and Sen. Deeds was airlifted to a hospital. He is expected to recover.

Although the exact sequence of events is unclear, the director of a Virginia mental health facility told the Richmond Times-Dispatch on Tuesday that Gus had undergone an emergency mental health evaluation the day before the attack and, although doctors apparently wanted to admit him for inpatient treatment, he was released after they were unable to find a bed for him within the six hours they were legally allowed to hold him.

To Dr. Erik Roskes, a clinical assistant professor of psychiatry at the University of Maryland School of Medicine and an expert in mental health issues, the fact that someone could be deemed in need of immediate care and be turned away for lack of a bed constitutes "systemic malpractice."

NAMI's Honberg says that the Affordable Care Act (also known as Obamacare) may "level the playing field" for mental health patients. It mandates that insurance companies cover mental health care at the same level they cover medical or surgical care.

"You can't just dump somebody in crisis," says Honberg. "Would it be acceptable to say, 'Sorry, we can't treat your heart attack because there are no beds?'"

Mira Signer, the executive director of Virginia's chapter of NAMI, says that the lack of beds for patients who have been deemed a danger to themselves or others has been a problem in the state for years.

"Funding for mental health has basically been on a roller coaster in Virginia," says Signer.

Virginia's mental health system came under national scrutiny in April 2007 when Seung-Hui Cho murdered 32 people during a shooting spree on the campus of Virginia Tech. After the massacre, it was reported that a judge had deemed Cho a danger to himself and others and ordered him into treatment in 2005, but that determination never made it into the national background check system, which meant that Cho was able to purchase firearms legally. Cho also reportedly never got any treatment.

Spurred by outrage over the massacre, Signer says that in early 2008 the Virginia state legislature allotted $42 million for improved mental health services in the state - but much of the funding was pulled the next year after the recession hit.

According to a 2012 report by Va.'s Office of the Inspector General, between April 1, 2010 and March 31, 2011, 200 people who were deemed likely to cause "serious harm to themselves or others" were released from psychiatric custody because no beds were available.

"Acts of violence are not the norm among people with mental illness," says Signer. "When it does happen, it's a sign that something has gone seriously wrong with the mental health system.

And, as NAMI's Honberg points out, the Deeds family was prominent, and presumably had excellent health insurance: "Imagine - this really speaks to what happens to people who don't have that clout."

In a statement to Crimesider, a spokesperson for the Virginia Department of Behavioral Health and Development Services said that psychiatric bed availability is "tight" state-wide, but that "nearly all people do find a bed within a reasonable amount of time." However, she admitted, that sometimes a bed isn't found until after the six hour window where a facility can hold someone under an emergency order.

Although the executive director of the facility where Deeds was reportedly treated did not comment specifically on Deeds in a statement the facility released Tuesday, he stressed that "under no circumstances can a person be held beyond 6 hours involuntarily." Signer says that, typically, when an emergency hold order expires and a bed cannot be found, the patient is released to his family - as Deeds apparently was.

Complete coverage of the Creigh Deeds case on Crimesider