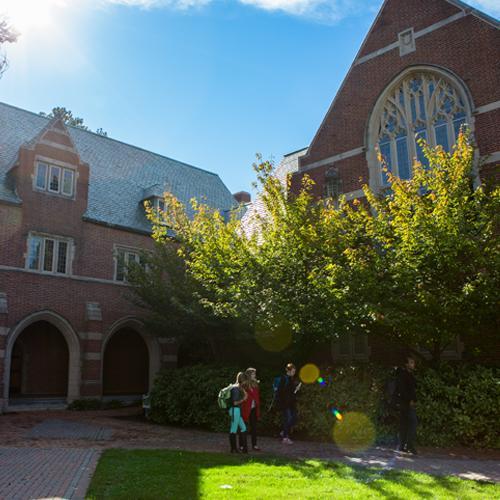 RICHMOND, Va.  A University of Richmond fraternity has been suspended over what the school called a “grossly offensive” email that described a party as one that “makes fathers afraid to send their daughters away to school.”

The fraternity’s suspension comes as the school faces scrutiny over its handling of alleged sexual assaults after two female students wrote highly critical essays about the university last week on The Huffington Post.

The university has suspended operations, activities and events of Richmond’s Kappa Alpha chapter, pending an investigation into the email, which was sent to about 100 students, the school said in a statement. The fraternity’s national headquarters said in a statement that it has also suspended the chapter due to actions that are contrary to its value of “gentlemanly conduct.”

“The e-mail contained grossly offensive language and suggestions of behavior inconsistent with our policies concerning Greek life and with the caring nature of our campus community,” the university said.

The email, which was obtained by the school newspaper, The Collegian, was an invitation to the fraternity’s “lodge” for a party last Friday night. The writer of the email said he’s “looking forward to watching that lodge virginity be gobbled up for ya’ll (sic).”

“If you haven’t started drinking already, catch up,” the email read. “Tonight’s the type of night that makes fathers afraid to send their daughters away to school.”

Many students are outraged over the email, reported CBS affiliate WTVR.

“There’s no other word for it, it’s just absolutely disgusting,” Joshua Kim, a student, said.

Kim said he is pleased to see the university stepping up.

“It was such a casual thing to say, it was almost as if it was just another day of insinuating rape culture,” Kim said.

But, Kakie Pate is friends with a lot of the Kappa Alpha members and attended their party Friday night.

The fraternity texted WTVR that it is not speaking to reporters until they talk to the national headquarters.

University officials will meet with Greek leadership to discuss the suspension, the school’s statement said. Jesse Lyons, a spokesman for the National Administrative Office of the Kappa Alpha Order, said his office also will investigate.

The beginning of the school year at the University of Richmond has been roiled by allegations that the university mistreated female students who reported that they were sexually assaulted.

In an essay posted on The Huffington Post website last week, one woman accused the school of trying to protect an athlete who she says sexually assaulted her last year. That woman said she has filed a complaint with the Department of Education and spoken with attorneys from the department’s Office of Civil Rights.

Another woman followed with an essay claiming that the university also mishandled her reported sexual assault. She told the Richmond Times-Dispatch that she has also filed a complaint with the education department.

The university has said it responds actively to all reports of sexual violence and doesn’t give any students preferential treatment. President Ronald Crutcher urged students and others on campus in an email last week to tell officials what more they can do to address sexual violence on campus.

“It is clear that members of our community are concerned and frustrated, and some are hurting,” Crutcher said. “It is also clear that those strong emotions come from a shared and deeply held commitment to the well-being of our students and to preventing sexual violence.”