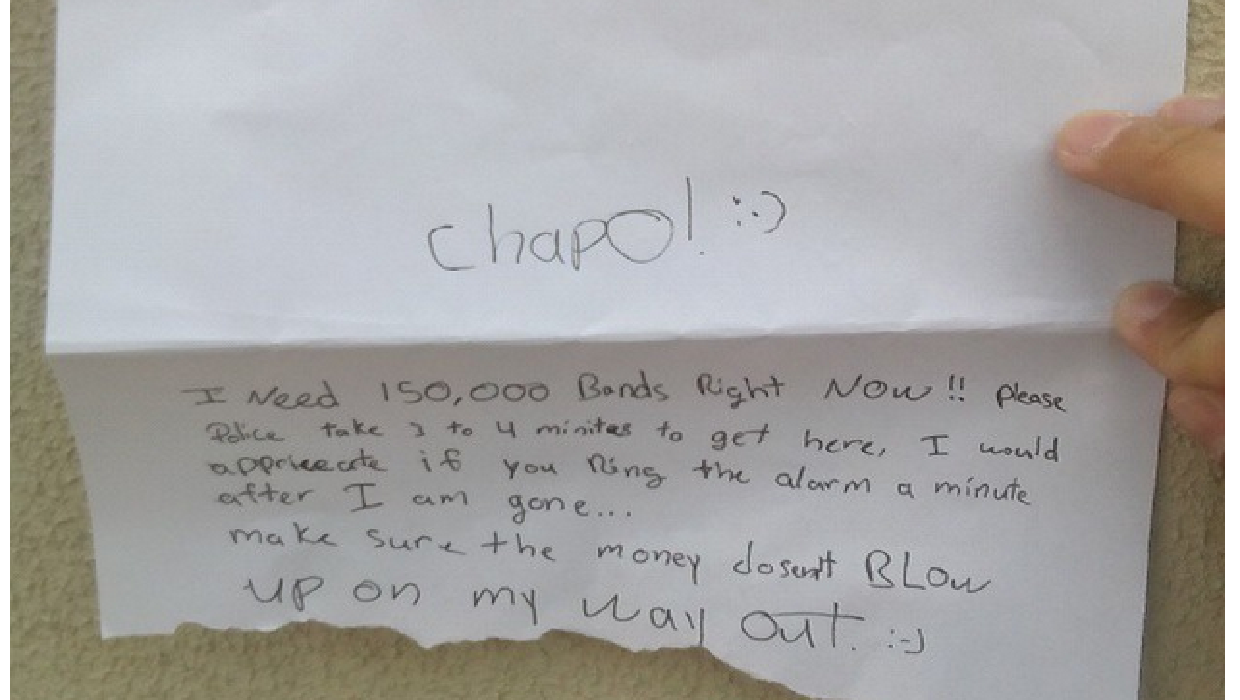 VIRGINIA BEACH, Va. - A man accused of robbing a Virginia Beach bank who said it wasn't a crime because the note he gave the teller included polite language has pleaded guilty.

Alfonseca was arrested after posting two videos of the incident and a photo of the note to his Instagram account. The videos show the teller putting stacks of cash in a bag.

Police tell the station that Alfonseca walked into a TowneBank in May and handed the teller a note asking for $150,000 in bonds. The note included the word "please" and a couple of drawn smiley faces.

In a jailhouse interview, Alfonseca told the station that asking for money isn't a crime.

"I don't know how I'm a robber because I asked for it. She could have said no, and I could have left," he says.

He says he posted the videos to Instagram to protect himself from police and prove he wasn't armed.

That's what he said: To protect himself from police.

The station reports Alfonseca is an aspiring rapper and entrepreneur. When asked whether he pulled the stunt for publicity, he conceded he did think it would be a good way to get the media's attention.