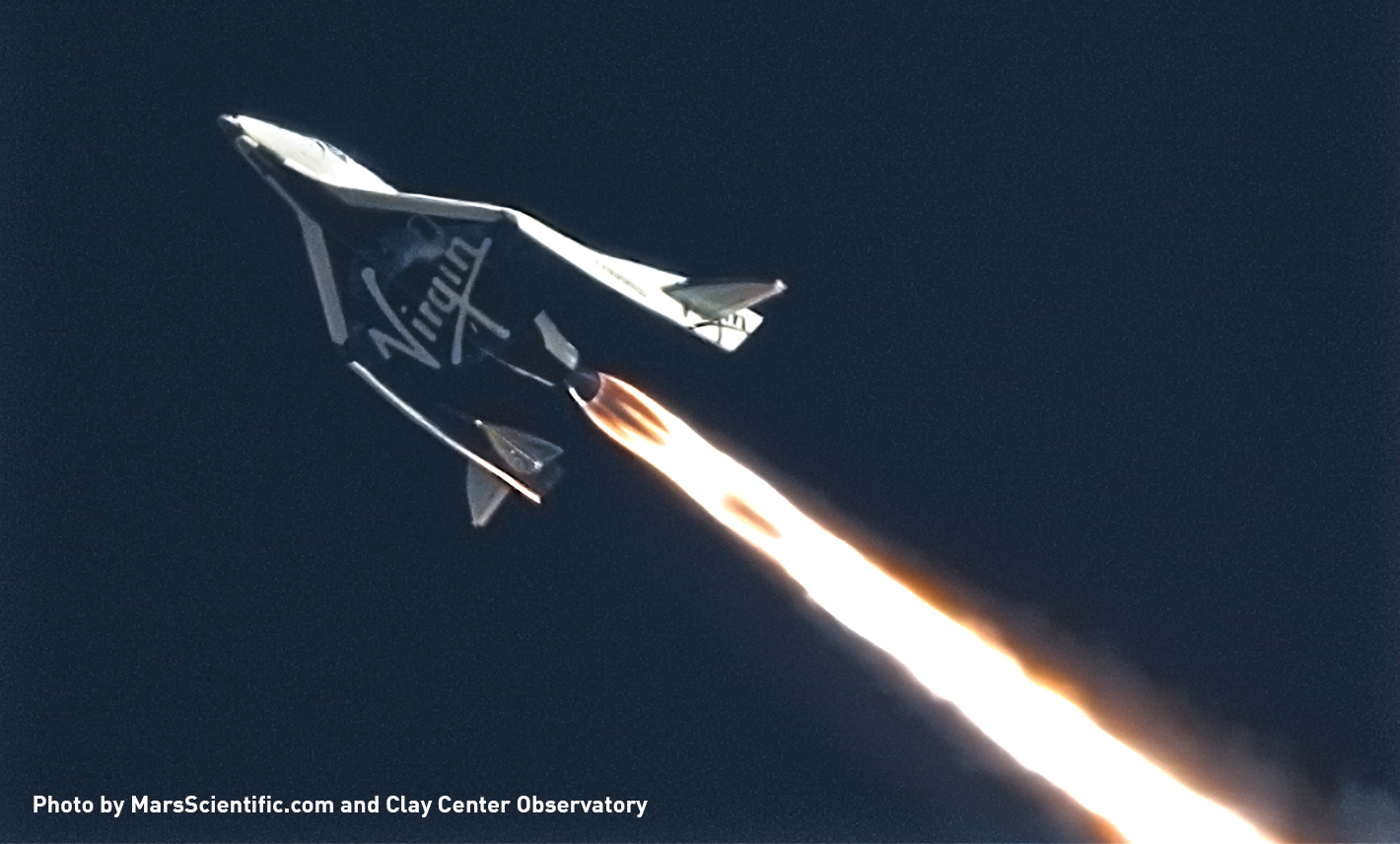 With Virgin Galactic chief pilot David Mackay and co-pilot Mark Stucky at the controls, SpaceShipTwo soared to an altitude 71,000 feet above ground - about twice as high as commercial jetliners, Virgin Galactic said on Twitter.

The 20-second rocket burn, over California's Mojave desert, propelled the ship to 1.4 times faster than the speed of sound, the company said.

It was the third powered test flight for SpaceShipTwo, which was designed and built by Mojave, Calif.-based Scaled Composites, a subsidiary of Northrop Grumman Corp.

"She flew brilliantly," Mackay said in a statement from Virgin Galactic after landing.

"To be behind the controls and fly it as the rocket ignited is something I will never forget," Mackay added.

The spacecraft, which is hauled into the air by a carrier jet and released, also has made 28 glide flights. It is modeled after the prize-winning SpaceShipOne prototype, which made

a trio of suborbital spaceflights in 2004 to clinch the $10 million Ansari X Prize for the first privately funded human spaceflights.

With SpaceShipTwo tucked between its twin hulls, Virgin Galactic's White Knight Two carrier jet took off from the Mojave Air and Space Port just after dawn. An hour later, Mackay landed the spaceship safely back on the runway, Virgin Galactic said on Twitter.

Virgin Galactic, a U.S. offshoot of billionaire Richard Branson's London-based Virgin Group, is selling rides on SpaceShipTwo for $250,000. So far, more than 650 people have put down deposits or paid for rides. Branson and his two children are expected to fly on the first passenger flight late this year.

"I couldn't be happier to start the New Year with all the pieces visibly in place for the start of full space flights. 2014 will be the year when we will finally put our beautiful spaceship in her natural environment of space," Branson said in a statement.

The upcoming flights are designed to reach altitudes of more than 65 miles above Earth, high enough to see the curvature of the planet set against the blackness of space. Riders also will experience a few minutes of weightlessness before the ship re-enters the atmosphere.

SpaceShipTwo's last rocket-powered flight was in September, part of a rigorous test program prior to the start of commercial flight services.

Virgin Galactic also plans to use its White Knight Two carrier jets to launch small satellites and payloads into orbit.