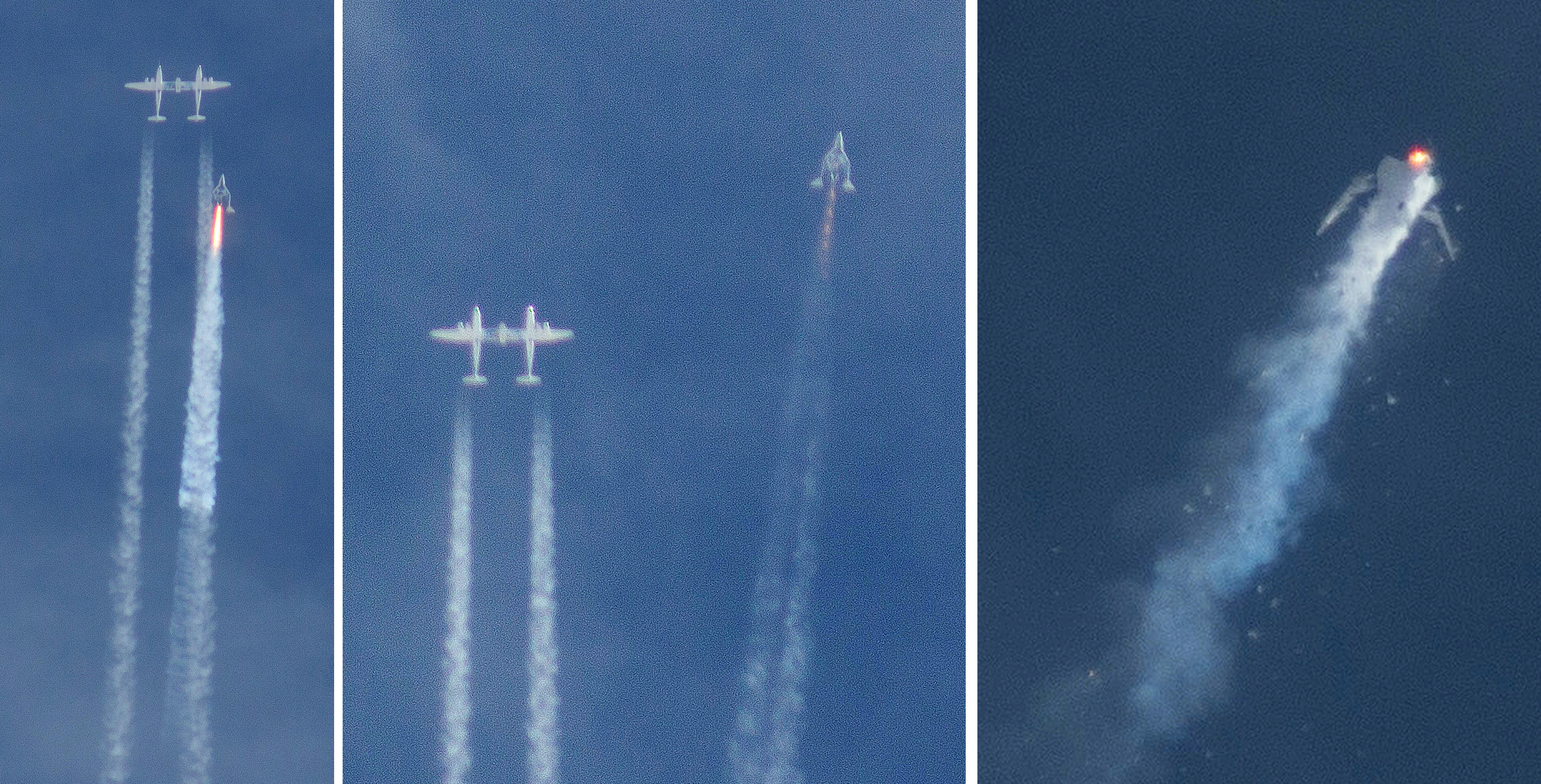 Free-falling miles above the desert, his test spaceship ripped to pieces and the frigid air hard to breathe, pilot Peter Siebold struggled through crippling injuries to turn on his oxygen and just to stay conscious.

Siebold was aware that Virgin Galactic's SpaceShipTwo had violently disintegrated but then blacked out. When he awoke, still far above the California desert, he repeatedly tried in vain to activate his backup oxygen.

He next remembered the jolt of his parachute automatically opening and the sensation of just having woken up.

The National Transportation Safety Board released Siebold's description of his harrowing plunge last October during a Tuesday hearing. Siebold did not testify; his account came from a written summary of a January interview done by accident investigators as part of their inquiry.

Virgin Galactic chief executive George Whitesides described Siebold's survival at the time as miraculous. Though bad, his injuries were not life-threatening - his right leg broke in four places, as did his collarbone. He was cut up, extensively bruised and had trouble seeing.

Siebold didn't realize the extent of his injuries until he landed, falling forward into a creosote bush.

The pilot told investigators that he considered the test flight high risk because SpaceShipTwo was "flying an unproven rocket motor" on an ambitious flight plan.

The motor was not a factor in the accident. The safety board concluded the breakup was triggered when Alsbury prematurely unlocked a braking system as the craft hurtled toward space.

Siebold is director of flight operations for Scaled Composites, an aerospace company that has partnered with Virgin Galactic to develop the spacecraft in Mojave, about 80 miles north of downtown Los Angeles.

The safety board emphasized that Scaled Composites had failed to put in place ways that would have prevented the braking system's early initiation.

SpaceShipTwo is the centerpiece of Virgin Galactic's plans to launch a commercial space industry, carrying private citizen-astronauts out of the lower atmosphere and into space during short, sub-orbital flights providing a few minutes of weightlessness and a spectacular view before the vehicle arcs back into the atmosphere for a long glide back to Earth.

Virgin Galactic officials have said that hundreds of would-be astronauts signed up, paying up to $250,000 a ticket. Company founder Richard Branson had hoped to begin commercial flights this spring, but those plans were put on hold in the wake of October's crash.

Virgin Galactic has said it hopes to resume test flights later this year with a new craft. The company's goal is to fly six passengers more than 62 miles above Earth.