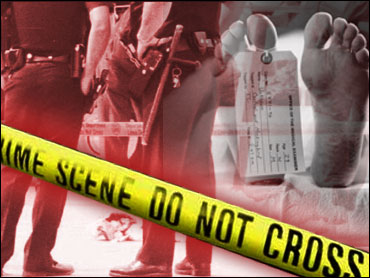 The number of rapes and murders rose last year, the FBI said Monday, even as overall crime dropped.

The FBI's preliminary crime statistics for 2002 showed a 0.2 percent decrease in the number of crimes reported to the police or other law enforcement agencies over the previous year. Overall crime had risen by 2.1 percent in 2001 as compared with 2000.

Violent crimes decreased by 1.4 percent. But the number of reported rapes rose by 4 percent and the number of murders grew by 0.8 percent, the FBI said.

The largest increase in rapes was reported in mid-sized and small cities, the FBI said. Cities of less than 10,000 people and cities with between 100,000 and 250,000 people reported increases of more than 7 percent in the number of rapes in 2002 compared with 2001.

Property crimes remained constant between 2001 and 2002.

Other increases were reported in burglaries, 1.5 percent, and thefts of motor vehicles, 1.2 percent. The largest declines occurred in arson, which fell by 3.7 percent, and assaults, which were down 2 percent.