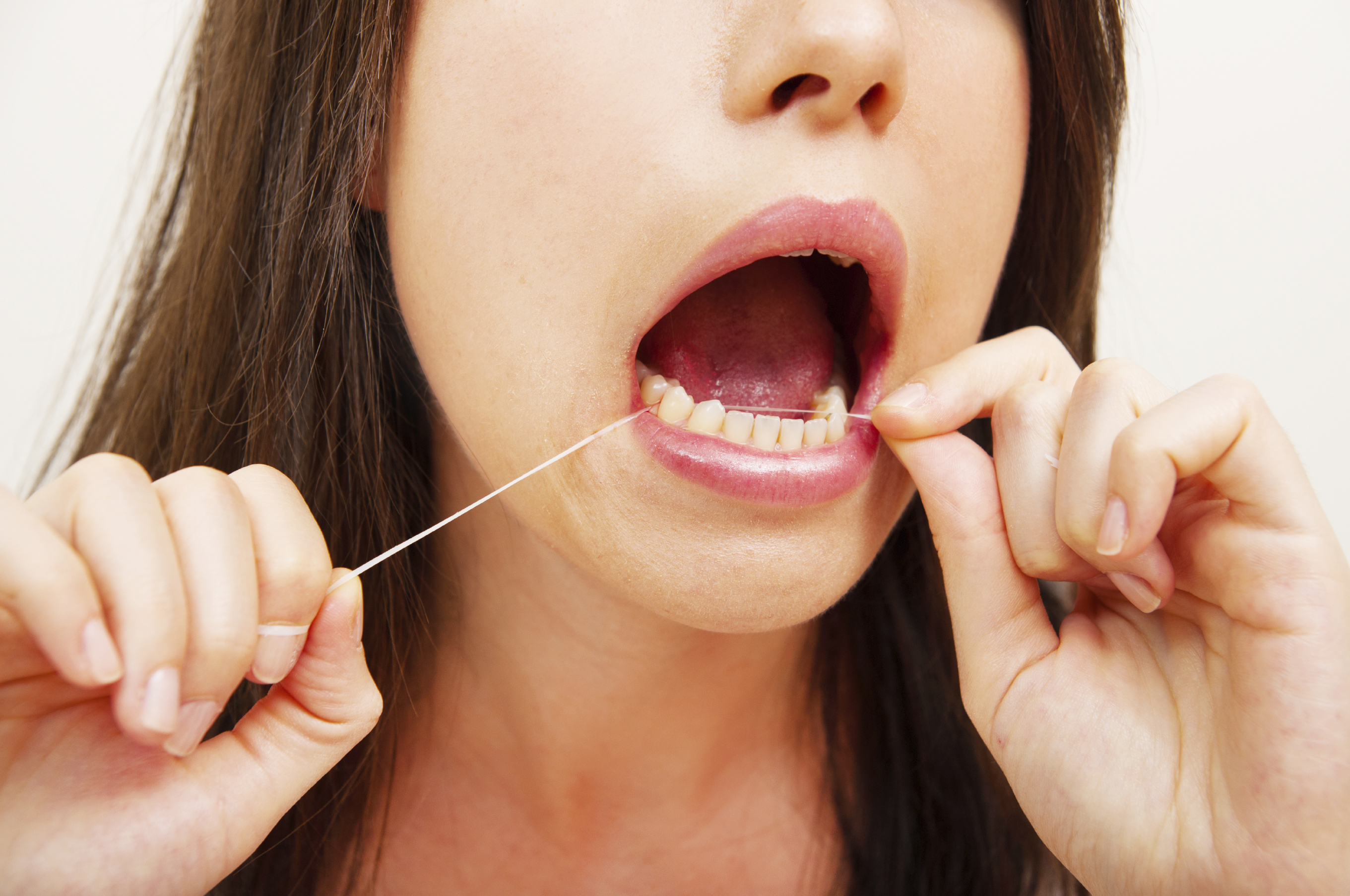 A woman in Wisconsin got a nasty bacterial infection in her knee, but the infection's source was an unexpected culprit: her vigorous tooth-flossing regimen.

The woman, who had undergone knee-replacement surgery five years earlier, arrived at the emergency room with chills and a painful, swollen right knee, according to a new report of her case. A culture of the fluids from her knee revealed the joint was infected with Streptococcus gordonii, a bacterium that is typically found in the mouth.

The results made little sense to the woman's doctors, until she mentioned she "had voluntarily [started] a vigorous dental flossing regimen, with bleeding from her gums as a result," the doctors who treated the woman wrote in their report of her case. [Tiny & Nasty: Images of Things That Make Us Sick]

It's likely that the bacteria spread from the mouth, though her bloodstream and onto the knee implant, the doctors said in the report, published Aug. 11 in the journal BMJ Case Reports.

"This bacteria lives in the mouth, [but doctors] happened to find it in a place where we don't typically find it, which is the knee joint," said Dr. Ala Dababneh, an infectious diseases doctor at the Mayo Clinic in Minnesota and a co-author of the report.

The doctors operated, opening up the woman's knee, and washing out as much of the bacteria as possible. They also prescribed antibiotics.

The woman was able to keep her original knee replacement and has since recovered, but must keep taking the antibiotics for as long as she keeps the prosthesis, Dababneh told Live Science.

The report is the first that links flossing to an S. gordonii infection in a joint replacement in the United States. "[But] it's a rare event," Dababneh said. "I don't want people to worry that just flossing is going to cause them an infection in their prosthetic joint."

Unlike the human body, implants do not have an immune system, making it easy for bacteria to congregate near them and cause infection, said Dr. Matthew Hepinstall, an orthopedic surgeon at Lenox Hill Hospital Center for Joint Preservation and Reconstruction in New York City, who was not involved in the woman's case.

When these infections do occur, however, they are often serious, he said.

Bacteria can make biofilms on prostheses, which means the organisms essentially build a wall or fortress of bacteria on the implant's surface. Early treatment is key: If bacteria have several weeks to build a biofilm, it can be extremely difficult to remove the structure, and in those cases, prostheses may need to be removed. Serious infections can even lead to loss of limb or life, Hepinstall said.

However, it's not unusual for people to have small amounts of oral bacteria in the bloodstream. Routine activities such as toothbrushing, flossing, and even eating crunchy or sharp foods can lead to small cuts in the mouth that allow bacteria to move into the bloodstream, Hepinstall said.

Still, it's rare to find an S. gordonii infection on a prosthetic; just about 2 percent of late-onset prosthetic joint infections involve the bacterial group streptococci. Most infections on prosthetic devices (57 percent) are related to the bacteria Staphylococcus aureus and Staphylococcus epidermidis, which are frequently found on the skin or respiratory tract, according to the report. [Body Bugs: 5 Surprising Facts About Your Microbiome]

There are only two other known cases of S. gordonii causing joint infections, Dababneh said. In one case, a 62-year-old man with "poor dental status" developed an S. gordonii infection in his left knee, according to the report of his case. He did not have a knee replacement, but did have degenerative arthritis, and that could have promoted the bacteria growth, the authors of that report said.

In the other case, a 72-year-old woman developed an infection in her left knee, which had a joint replacement.

In fact, there's an ongoing discussion among orthopedic surgeons and dentists on whether people with joint replacements should receive antibiotics before dental procedures. If prescribed, antibiotics could work with the person's immune system to clear bacteria from the bloodstream and prevent it from settling down in the joint replacement, Hepinstall said.

But people rarely get oral bacterial infections on their joint replacements, so prescribing antibiotics isn't common practice, Hepinstall said. Instead, doctors tend to prescribe antibiotics to at-risk people -- for instance, those with compromised immune systems, he said.

This practice helps doctors practice antibiotic stewardship, Hepinstall said. "The more we prescribe unnecessary antibiotics, the more we select for resistant bacteria," and "that make us less able to treat infections when they exist."