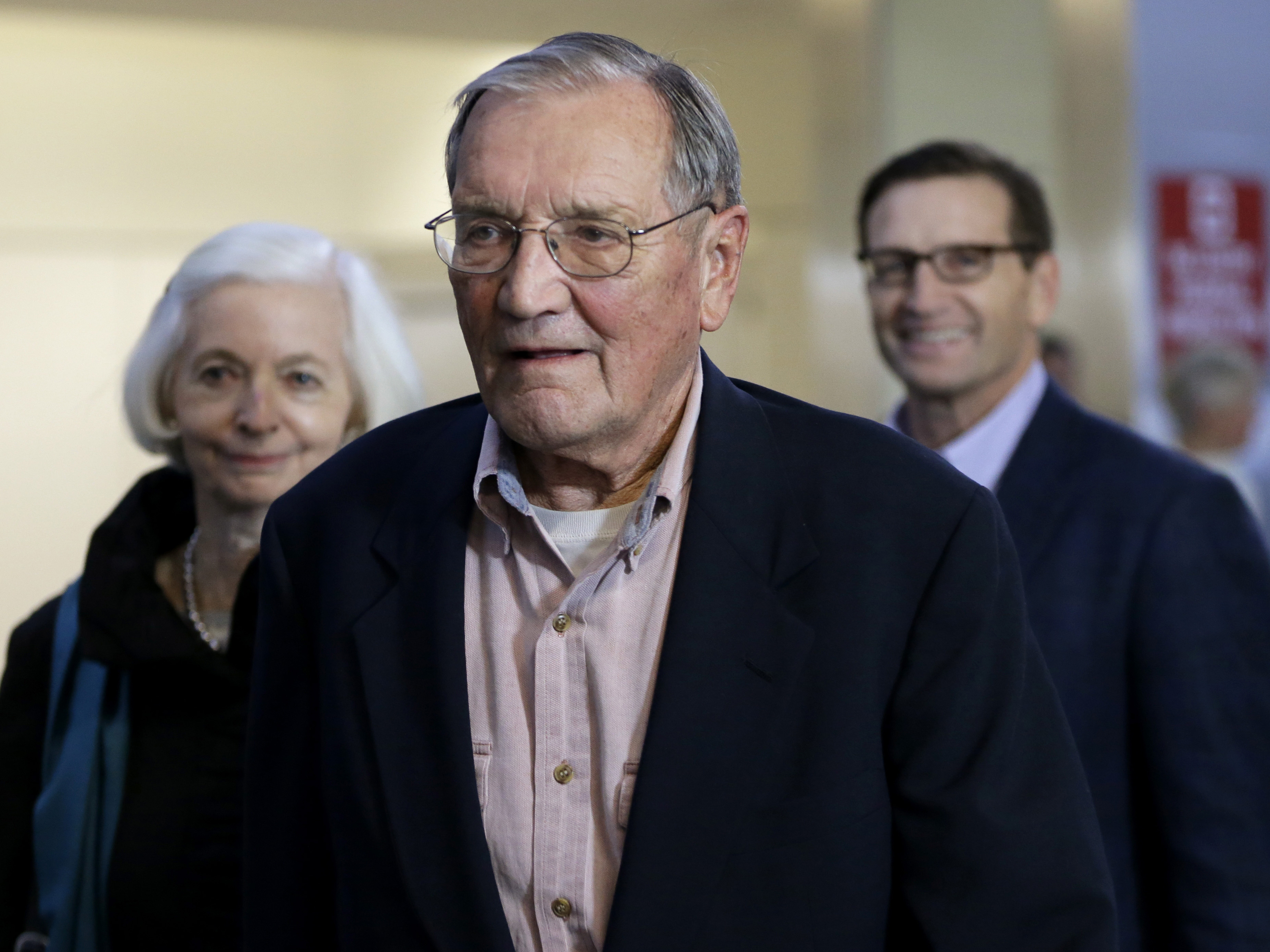 SAN FRANCISCO  - The 85-year-old U.S. veteran who was detained for weeks by North Korea said Monday that the videotaped confession in which he apologized for killing North Koreans during the war was given involuntarily and under duress.

In a written statement issued Monday, Merrill Newman said he tried to show that the words he read on the recording were not his own by emphasizing the apology's awkward phrasing and poor English grammar.

"Anyone who has read the text of it or who has seen the video of me reading it knows that the words were not mine and were not delivered voluntarily," Newman said. "Anyone who knows me knows that I could not have done the things they had me 'confess' to."

The former Army lieutenant said that while the North Koreans treated him well during his detention at a Pyongyang hotel, an interrogator told him repeatedly that if he did not apologize for his alleged crimes during the Korean War and during his visit to the communist nation, he would be sentenced to 15 years in jail for espionage.

"Under these circumstances, I read the document with the language they insisted on because it seemed to be the only way I might get home," he said.

Newman, who was deported Friday and returned home to California on Saturday, was detained in late October at the end of a 10-day trip to North Korea. His visit that came six decades after he oversaw a group of South Korean wartime guerrillas during the 1950-53 war. He was scheduled to visit South Korea following his North Korea trip to meet some of the former fighters he had helped train.

Before he arrived in North Korea, Newman said he requested and was given permission to visit the region where he spent his war years advising the clandestine Kuwol fighters. Once he got to Pyongyang, "I innocently asked my North Korean guides whether some of those who fought in the war in the Mt. Kuwol area might still be alive, and expressed an interest in possibly meeting them if they were.

"The North Koreans seem to have misinterpreted my curiosity as something more sinister," Newman said in his statement. "It is now clear to me the North Koreans still feel much more anger about the war than I realized. With the benefit of hindsight I should have been more sensitive to that."