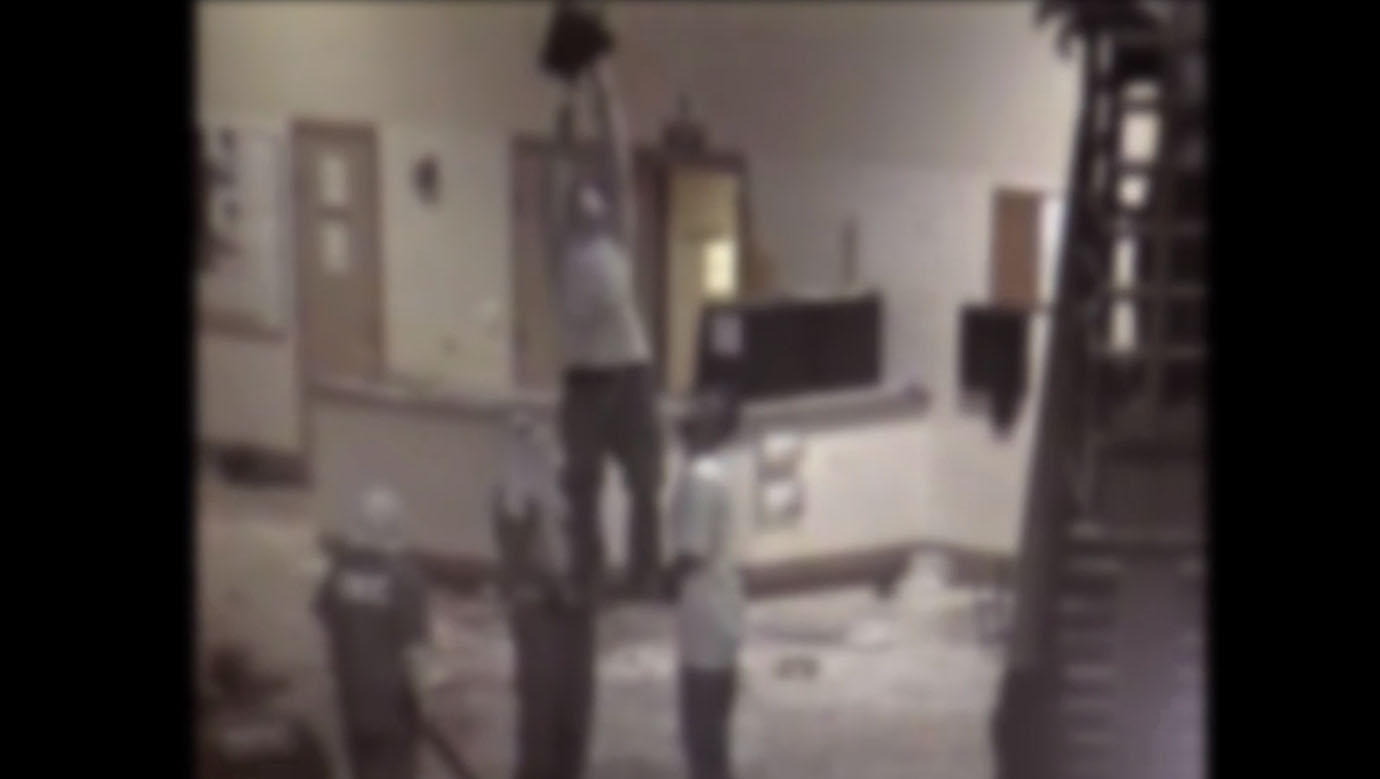 BOSTON -- Rioting inmates armed themselves and “were getting ready for war” during a disturbance at a maximum security prison in Massachusetts, the state’s top public safety official said Tuesday.

The riot at the Souza-Baranowski Correctional Center began with a Monday afternoon fight between two inmates and quickly escalated when 47 inmates refused orders to return to their cells. The disturbance ended about three hours later after a state police response team flooded the unit with pepper spray and the inmates gradually gave up, prison officials said.

Former New England Patriots player Aaron Hernandez is an inmate at the prison, according to the state’s online records, but officials said confidentiality rules prohibit them from saying whether he was housed in the unit where the disturbance took place or whether he was involved in any way. Sources told CBS Boston he is housed in a different unit.

Secretary of Public Safety Daniel Bennett said the decision to remove guards from the scene after a second fight broke out prevented serious injuries.

“When it was apparent the prisoners were not going to go back into their cells, the (officers) backed out of the unit to make sure there was no violence and no one got hurt,” Bennett said.

After the guards left the unit, Bennett said nearly four dozen inmates began smashing tables and other furniture, removing fire extinguishers from walls and destroying computers in the area where the officers normally would be stationed. Security video captured before camera systems were destroyed showed inmates fashioning makeshift knives, clubs and other weapons out of the broken items. Bennett said the prisoners intended to attack corrections officers with the weapons.

“They armed themselves,” Bennett said. “They were getting ready for war.”

Photos show extensive damage to the housing unit, which was declared a “total loss,” the station reports.

The maximum security prison in the central Massachusetts town of Shirley houses about 1,000 inmates, many of whom were convicted of murder and other serious crimes. Hernandez was convicted of murder in a 2013 shooting and is facing another trial on separate murder charges in the 2012 killing of two men in Boston.

Corrections officials said the original fight involved two inmates who had been deliberately housed in different units. It was unclear what started the fight, but officials described the two men as “high-ranking members” of a group considered a security threat within the general prison population.

When a fight erupts, protocol is to immediately get all prisoners back in their cells to prevent, for example, a larger fight from developing between rival gangs, Bennett said.

Republican Gov. Charlie Baker commended prison staff and police for ending the riot without serious injuries to staff or inmates.

“You can always replace furniture and stuff like that,” he said.

A 13 percent drop in the state’s overall prison population has allowed officials to reposition some corrections officers in the prison system, Baker said, adding he’s satisfied with staffing levels at Souza-Baranowski.

The prison remained in lockdown on Tuesday, officials said. The inmates involved will face disciplinary sanctions and criminal charges could be filed, according to CBS Boston.