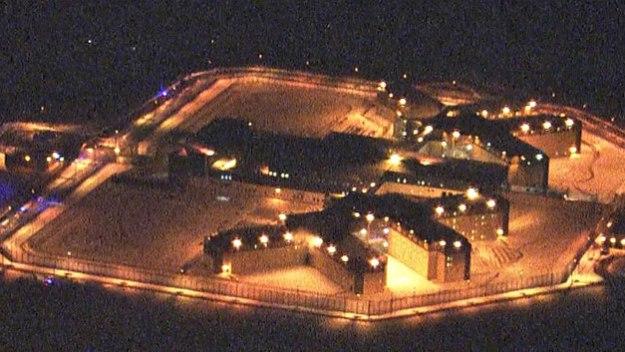 SHIRLEY – Corrections officers have regained control of a housing unit at the Souza-Baranowski Correctional Facility in Shirley after dozens of inmates refused to be locked in their cells Monday afternoon, CBS Boston reports.

The Department of Corrections says 46 inmates in the P-1 Housing Unit at the maximum security prison were involved in the incident.

The disturbance started at about 3:50 p.m. when there was fight between two inmates in the unit.

After the officers left, the inmates began destroying the unit.

“There are some first and second degree murderers in that unit,” said Department of Correction Commissioner Thomas Turco. “It was a riot, yes.”

According to the Department of Corrections, sprinkler heads were broken off, camera systems and the computer system were destroyed, and inmates used fire extinguishers and other makeshift weapons to destroy furniture and windows.

At approximately 7:00 p.m., officers from the Special Operations Unit used a chemical agent to gain control of the inmates.

Numerous State Police units were sent to the prison to assist but it is unclear if they entered the prison.

Each inmate was searched and there were no serious injuries reported.

The inmates involved will face disciplinary sanctions and criminal charges could be filed.

The prison remains locked down while the situation is investigated.

Convicted killer Aaron Hernandez is an inmate at the prison, but a source tells CBS Boston he is not in the unit where the incident occurred.