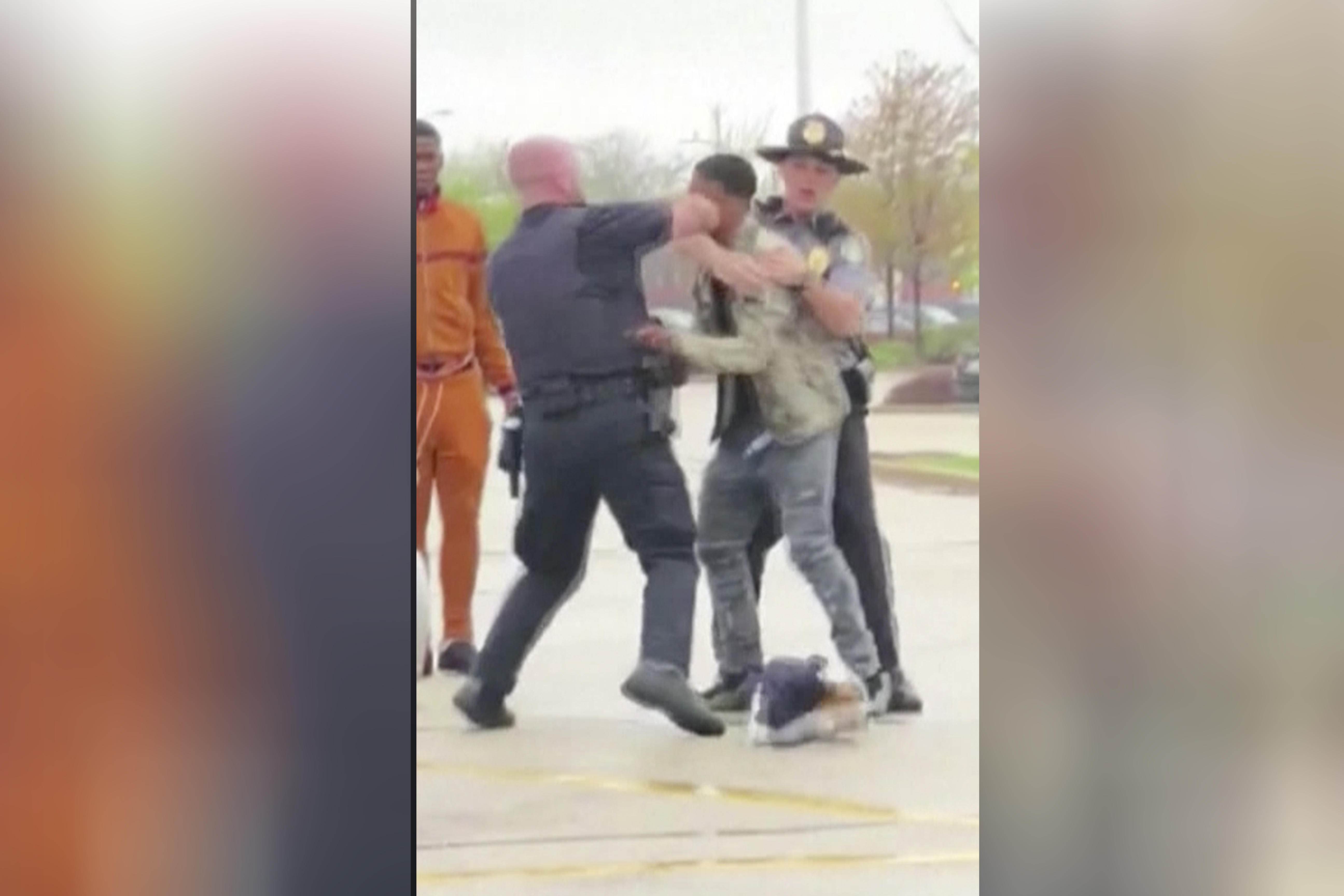 Disturbing cellphone video shows the moment police officers fighting with a 17-year-old in a Wisconsin mall parking lot punch the minor in the face. The dramatic video was captured by a fellow mall shopper, who later posted it on social media.

Security guards at Mayfair Mall in Wauwatosa, Wisconsin, called police officers on Friday afternoon for people making a disturbance and refusing to leave, WDJT-TV reports. Officers from the Wauwatosa Police Department responded to the call, and witness video shows two of them in an altercation with the teen.

Within the first few seconds of the video, one officer punches the teen, and the two work together to bring the teen to ground. They appear to cuff his hands behind his back as he lays on his stomach. As the officers pinned the teen to the ground, he could be heard pleading with the officers to call his mother.

"Why'd they punch him like that -- and he's a minor," a witness is heard saying in the background of the cellphone video. The officers are heard yelling at other people to stay back.

The Wauwatosa Police Department said in a statement that the video showed "only a small segment of the interaction between the suspect and the officer" and that they are looking into the incident.

The 17-year-old was arrested and cited for disorderly conduct, battery and resisting an officer, according to local media. He was cited and released, WDJT-TV reports.

The Black Panthers say they're holding police and mall security accountable. The group is demanding the officer be fired and that the department go through diversity training.

"Listen. This happened yesterday. You need to give it time. You need to let our department do the investigation. It will be investigated," said shift commander Lt. Jeff Farina. Farina also says the officer involved is still working.

On Friday the Wauwatosa police chief sent a statement saying they take situations that involve use of force seriously. Farina says the chief will be in Monday to respond to the Black Panthers' demands.