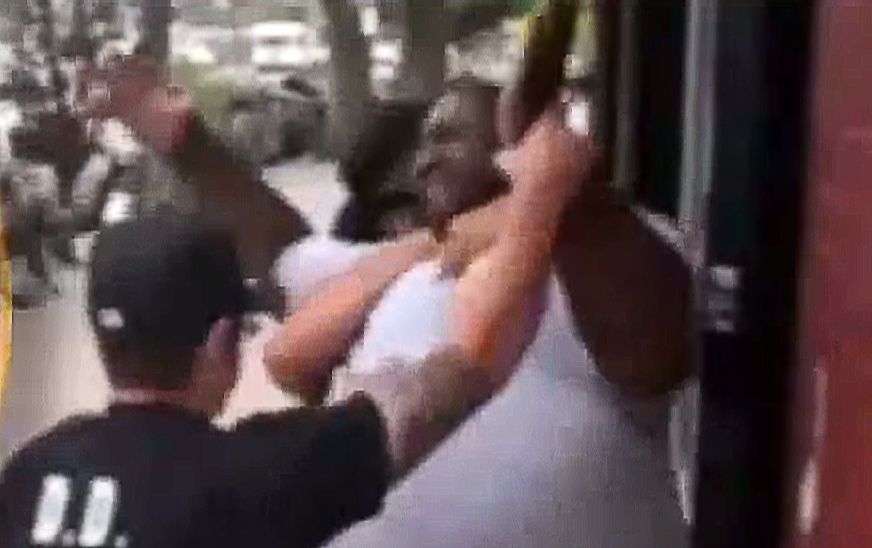 NEW YORK -- For the second time in two weeks, a grand jury's decision has sparked deeply emotional reactions in America.

The video of Eric Garner's fatal encounter with an NYPD officer, captured on a cell phone, has made him a national symbol of what many see as the unfair treatment of black men by the police.

An army of protesters have taken to the streets in New York, Chicago, Boston and dozens of other cities.

But the number and diversity of those protesting suggests the Garner case carries a certain power that other controversies involving police and race -- especially the Michael Brown shooting in Ferguson, Missouri -- did not, according to Brooklyn Borough President Eric Adams.

"When you look at the people who were involved, it used to be just African American and Hispanic -- This issue was localized to those communities." Adams says. "That is no longer the case."

For Adams -- who's also a former NYPD captain with 22 years on the force -- it's this video that's moved the needle.

The brother of a police officer, Pete Wehner defended the police in Ferguson, but not what happened to Eric Garner in Staten Island.

"I think it's just troubling and upsetting to anybody that saw it," Wehner says.

"I think, in a sense, Ferguson was more polarized. I think people were in their traditional camps making traditional argument," Wehner says. "I think this case in Staten Island is different. You've got a lot of conservatives like me who are really troubled by what happened there."

Wehner says people who don't usually get off their couches and into the streets are doing so now because they don't see this as a political or ideological issue -- rather, as a moral one, and that moral issues have a way of pushing people into the streets.