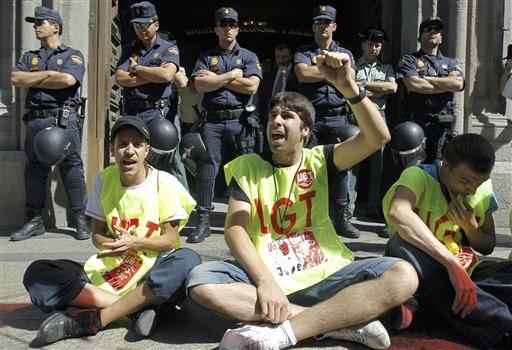 Young Buck's mother says her son has been treated unfairly by police and demonized for his gangster rap songs that depict the harshness of street life.

"Yes, he is into gangsta rap, but that doesn't make him a criminal," Audrey Horn told The Associated Press on Thursday from her home in Nashville, his hometown.

Police say the 23-year-old rapper (real name: David Darnell Brown), whose debut album has sold more than 700,000 copies, is wanted in connection with a stabbing at Monday's Vibe Awards outside of Los Angeles. The assault followed a brawl that erupted when a man attacked Dr. Dre as he was about to get a lifetime achievement award. The show, broadcast Tuesday night on UPN, was edited to remove any trace of the attack.

Santa Monica, Calif., detectives have been negotiating with a lawyer representing Buck but have not yet agreed on a deal for him to turn himself in to face the charges.

Police say the stabbing was apparently in retaliation against a man who approached Dr. Dre - Buck's musical mentor - and began punching him as he was about to receive his honor.

The victim was later identified as Jimmy James Johnson, a 26-year-old parolee from Los Angeles. Johnson suffered a collapsed lung and is hospitalized in stable condition.

After the ruckus, police said Buck fled the Santa Monica airport hangar where the show was being taped. Horn said her son did not flee from police, but simply left with Dr. Dre and others.

Buck's criminal history and gangster lyrics are well known. He's openly discussed his past as a drug dealer, saying he was shot in the arm and thigh at age 19. His arrest record in Nashville lists seven charges including drug offenses, domestic assault and reckless driving. Horn says the domestic assault charge stemmed from an argument between Buck and his girlfriend and was later dropped.

Brown pleaded guilty to two counts of possession or casual exchange of a controlled substance, both misdemeanors. The other cases were dismissed or their outcome not immediately available.

"He's never been charged with being violent or shooting or killing anyone," Horn said.

Friends in Tennessee say the images on television don't fit with their images of the man.

"I know he is a good individual, a decent individual, a caring individual," said DJ Tazz, a local radio personality. "I do not appreciate anyone who wants to demonize anybody without getting all of the facts."

Buck is signed to Dre's record label as part of superstar 50 Cent's group G-Unit. His first solo album, "Straight Outta Ca$hville," debuted at No. 3 on the Billboard charts in August, and his latest single, "Shorty Wanna Ride," is a top 10 hit on Billboard's hip-hop and R&B chart.

Buck was one of six children raised by a single mother in Nashville's housing projects. He dropped out of school at 16 and moved to New Orleans to work with the rap team Cash Money Millionaires, but he didn't find the success there he was looking for and returned to Nashville after about a year.

He released a CD on independent label Next Level Records with a childhood friend, a rapper called D-Tay. The CD "Thuggin' to the End" sold about 8,000 copies.

From there, Buck began touring with the rapper Juvenile, whom he had met in New Orleans. On the road, he met the then-unsigned 50 Cent. The two hit it off and later, when 50 Cent landed a deal with Interscope Records, he invited Buck to join G-Unit.

"He was always a person who had a plan," Tazz said. "He was not some dumb rap kid from streets. He was not a hoodlum."

His mother said she didn't agree with his decision to leave school for a rap career. Today, despite his success, she still struggles with the language in his music.

"I'm still constantly telling him to keep it clean like Will Smith and that kind of thing," Horn said. "He's doing what he's got to do. I just tell him to keep it as clean as possible."