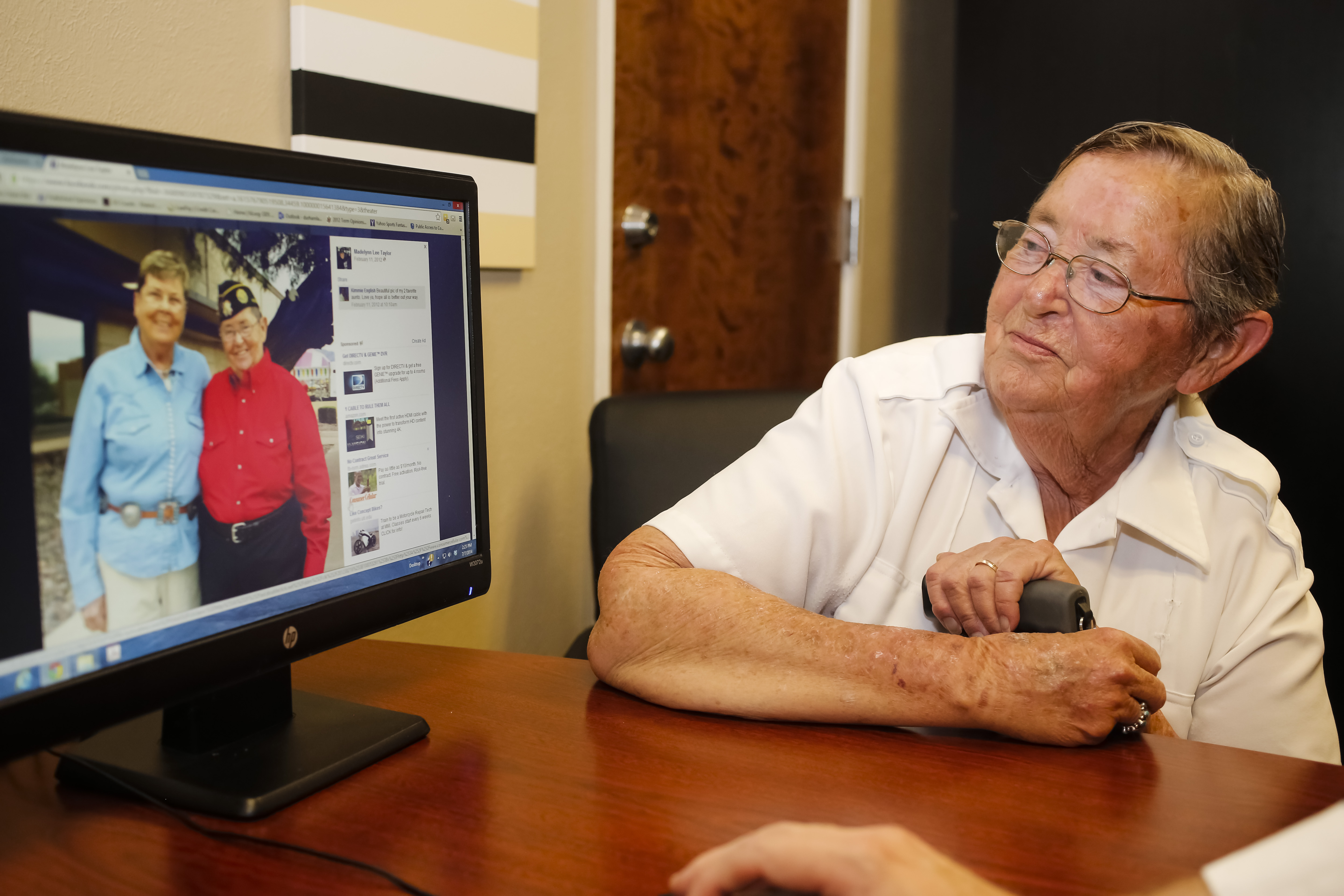 BOISE, Idaho - A U.S. Navy veteran filed a civil rights lawsuit Monday after the Idaho State Veterans Cemetery refused to allow her to be buried with the ashes of her late wife.

Seventy-four-year-old Madelynn Taylor filed the lawsuit in U.S. District Court in Boise after she tried to make advance arrangements last year to have her ashes interred with Jean Mixner, whom she met on a blind date in 1995 and married in California in 2008 when gay marriage was briefly legal.

"I'm not surprised," Taylor told CBS affiliate KBOI in April. "I've been discriminated against for 70 years, and they might as well discriminate against me in death as well as life."

Though federal veterans cemeteries allow the spouses of gay veterans to be interred with their loved ones, Taylor said she was surprised to find the Idaho cemetery - which is owned and operated by the state - does not.

Taylor's situation is "among the most extreme examples of the harm caused by state laws that deny respect to the marriages of same-sex couples," said Christopher Stoll, a senior attorney with the National Center for Lesbian Rights, which is representing Taylor. "Denying these important protections to committed couples is not simply unjust, it is needlessly cruel."

Taylor's lawsuit contends that Idaho's anti-recognition laws violate the due process and equal protection guarantees of the U.S. Constitution, and that Idaho's refusal to recognize her marriage tells the world that her relationship is unworthy of recognition.

Taylor wants a judge to order the cemetery to allow her ashes to be interred in a memorial wall along with those of Mixner, who died in 2012.

The case was filed as Taylor's health is deteriorating. She has serious heart and lung problems and uses a cane, walker or scooter to get around. She laughs easily at her predicament, though, joking that she expects to win the case before she has the heart attack that "could happen any day now."

Her ready laughter may have been what attracted Mixner when the two met on a blind date in 1995.

Taylor, for her part, was captivated by Mixner's blue eyes. The two hit it off and it wasn't long before Mixner moved from her Kansas City home to join Taylor in Nampa, Idaho. They soon married in a religious ceremony during a church retreat in Oregon.

They filled their days with work, church and volunteering - Taylor as an emergency medical technician and Mixner running a support group at their home for transgender people. They bought a home and remodeled it together.

"I taught her how to use power tools and she taught me how not to cuss when I hit my thumb," Taylor joked. "She turned out to be the queen of mud and tape - she could do a wall up just beautifully."

They took care of aging relatives, and they retired at the usual age, traveling from campsite to campsite in a 33-foot RV. When the California ban on gay marriage was struck down in 2008, they had a civil ceremony so their marriage would be legally binding.

When Mixner got emphysema, they made a promise: Whoever went first would be cremated then later buried when the other.

They chose the veterans cemetery because they knew it would be well maintained and decided on cremation and interment in a wall so their names and spot wouldn't get covered over with weeds or grass.

They wanted to be in Idaho, where their family could come to pay respects.

Taylor is represented in the case by the National Center for Lesbian Rights and Boise attorneys Deborah Ferguson and Craig Durham. It's the same legal team that successfully sued earlier this year to overturn Idaho's ban on gay marriages. That ruling remains on hold while the state appeals the case to the 9th U.S. Circuit.