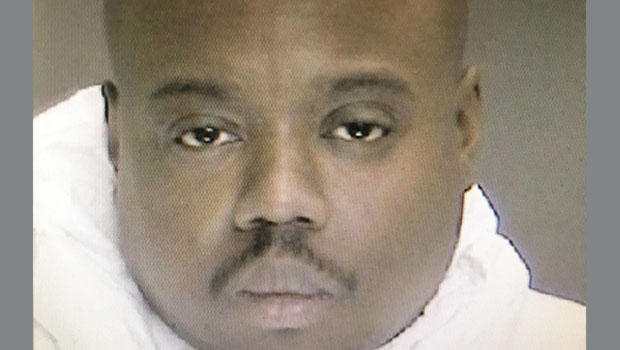 TROY, N.Y. -- One of the suspects accused of killing two women and two children in an upstate New York home had been banned from a local homeless shelter because of violent outbursts, the shelter's director confirmed to the Albany Times-Union.

Justin Mann and James White were arrested in their hometown, Schenectady, on Saturday. They pleaded not guilty in Troy City Court.

According to the Times Union, Troy Police Chief John Tedesco said one of the defendants knew one of the victims. He declined to elaborate.

Information given in court said the killings took place at about 9 p.m. on Dec. 21. It wasn't until last Tuesday, five days later, that a property manager found 36-year-old Shanta Myers; her children, 11-year-old Jeremiah Myers and 5-year-old Shanise Myers; and 22-year-old Brandi Mells in a basement apartment along the Hudson River, just north of Albany. Meyers and Mells became engaged earlier this year, Mells' cousin, Sharonda Bennett, told the newspaper.

White was convicted of manslaughter in a previous case and served time in New York prisons from 2001 to 2010, state corrections records show.

White was described to the paper as "troubled" and "very aggressive" by the executive director of the City Mission shelter, Michael Saccocio.

Saccocio told the paper that White first started coming to the shelter in Schenectady about a year ago, but would violate rules and get into fights. He was at first banned from staying there overnight, but would come in for occasional meals. He was later banned totally from the shelter, Saccocio said.

"Everyone in the shelter has needs," Saccocio said. "But they all get what the rules are and follow them. He wouldn't follow the rule. He was very troubled. He was certainly extreme."

Tedesco and District Attorney Joel Abelove, who appeared at a press conference, declined to answer questions about a possible motive and the method of the killings.

They also would not say how the two defendants know each other, but said that both have criminal records and Mann is on parole.

Mann appeared to break down as he was led out of court. A man and a woman in the courtroom became visibly distraught.

The suspects were sent to the Rensselaer County Jail to await their next court appearance, on Thursday. Neither said anything as the charges were read.

"I don't have to tell you what a good feeling it is to have these two in custody," he said. "It's a great relief."

"The rapid apprehension and arrest of two suspects in connection with this tragic crime is welcome news for our community and the victims' families impacted by this senseless tragedy," Troy Mayor Patrick Madden, a Democrat, said in a statement.

"My heart remains with both the Myers and Mells families," said Madden, who expressed hope that "with the support of the Troy community, they can begin to heal."