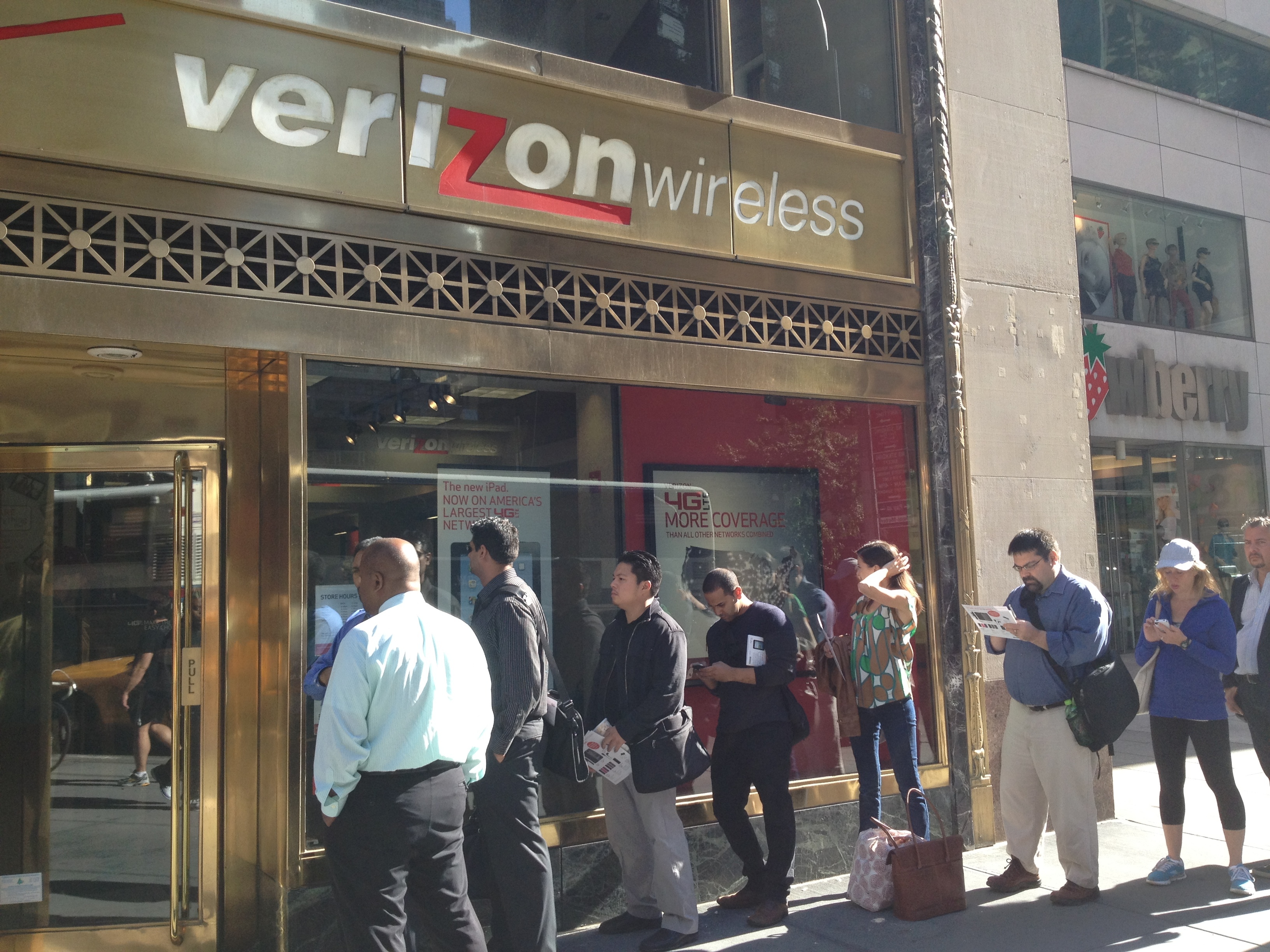 NEW YORK - Verizon's (VZ) third-quarter net income climbed 15 percent, driven by the strength of its wireless business as the new iPhone debuted during the period.

For the three months ended Sept. 30, the parent of the country's biggest wireless carrier reported earnings available to Verizon common shareholders of $1.59 billion, or 56 cents per share. That's up from $1.38 billion, or 49 cents per share, a year ago.

Verizon's stock added 25 cents to $44.97 in premarket trading on Thursday.

During Verizon's July-September quarter, the iPhone 5 went on sale. It was the biggest phone sales event of the year. Apple charges about $600 for each iPhone. Supplies of iPhone 5s were short, and it only launched a week before the end of the quarter.

The wireless division added 1.5 million net contract customers in the quarter, beating the net 900,000 subscribers that analysts expected would be added. The price for the average monthly contract account climbed 6.5 percent to $145.42.

In June Verizon Wireless dropped most of its phone plans in favor of one plan that provides unlimited calling and shares a pool of data among up to ten devices.

Verizon Communications owns 55 percent of Verizon Wireless. The rest of the wireless division is owned by Vodafone Group PLC of Britain.

The company said it's still on pace to meet its 2012 financial goals.