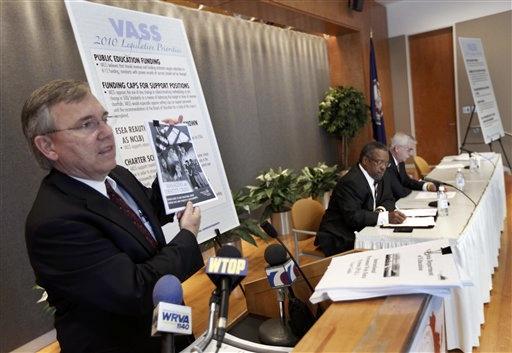 Quentin Tarantino's "Kill Bill" saga carried out a double slaying at the box office, with part two of the vengeance tale following its predecessor as the No. 1 weekend draw.

"Kill Bill: Vol. 2," with Uma Thurman as an ex-assassin continuing her bloody quest for revenge against former colleagues, debuted with $25.6 million, according to studio estimates Sunday.

That was up 16 percent from the $22.1 million opening weekend "Kill Bill: Vol. 1" delivered last October. Part two is expected to match or exceed the $69.9 million domestic total of "Kill Bill: Vol. 1," said Rick Sands, chief operating officer of Miramax, which released the movies.

Another tale of retribution, the comic-book adaptation "The Punisher," opened in second place with $14 million. The movie stars Thomas Jane as an ex-FBI agent targeting the crime boss (John Travolta) who wiped out his family.

"A very big weekend for revenge," said Paul Dergarabedian, president of box-office tracker Exhibitor Relations. "Revenge in movies is very cinematic. Everyone lives vicariously through characters in movies, and they can safely get their revenge fix without actually doing it themselves."

Nia Vardalos - writer and star of the weekend's other big new release, "Connie and Carla" - was unable to recapture the box-office magic that made "My Big Fat Greek Wedding" a blockbuster.

"Connie and Carla," about two musical-theater singers posing as men in a drag-queen revue while hiding from mobsters, finished well out of the top 10 with $3.26 million. The movie co-stars Toni Collette and David Duchovny.

Vardalos' "Greek Wedding" debuted in 108 theaters two years ago with little fanfare, grossing $597,362 and averaging a solid $5,531 a cinema over opening weekend. Audience word of mouth gradually built the romantic comedy into a $241 million sensation.

Studio polls found audience reaction was good for "Connie and Carla," "so I hope there's a little bit of life left in it," said Nikki Rocco, head of distribution for Universal, which released the movie.

The overall box office dipped slightly after seven straight weekends of rising revenue. The top 12 movies grossed $86.6 million, down 2 percent from the same weekend a year ago.

By splitting "Kill Bill" into two parts, Tarantino and Miramax gambled that audiences would be willing to pay twice the ticket price to catch both chapters.

The risk paid off nicely. The two movies cost a total of $60 million to produce, and "Kill Bill: Vol. 1" alone has grossed $180 million worldwide, with the movie's video release last week selling 2 million copies in its first day, padding revenues by about $40 million more.

"It was a terrific decision financially," Sands said. After an Easter surge that lifted it back to the No. 1 spot the previous weekend, "The Passion of the Christ" fell to ninth place with $4.2 million. Since opening on Ash Wednesday, the movie has taken in $360.9 million domestically.