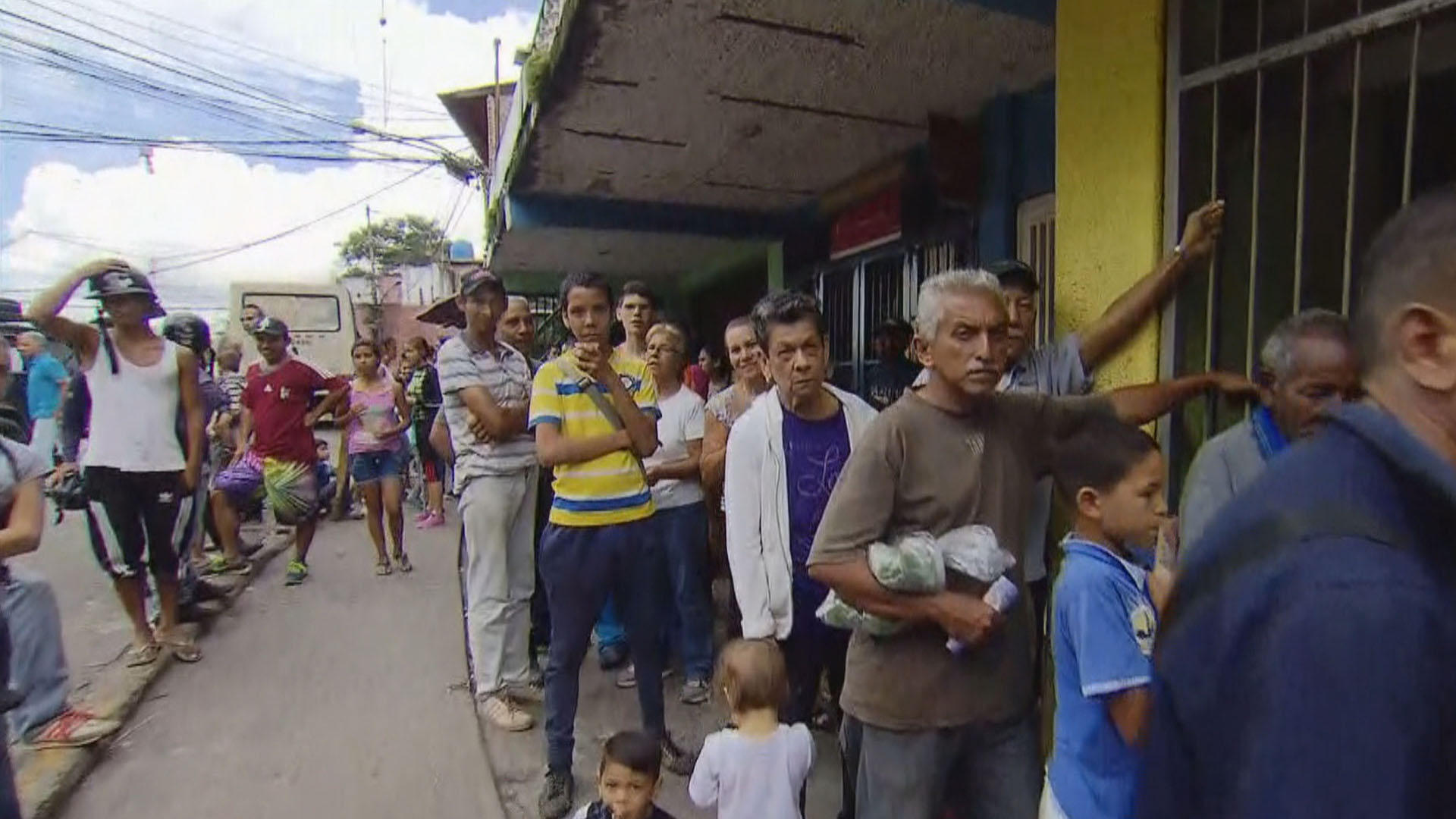 The once wealthy oil-producing nation of Venezuela is in the grips of a five-year crisis that leaves many of its people struggling to find food and medicine, while driving masses across the border for relief into neighboring Colombia and Brazil.

Socialist President Nicolas Maduro often blames Venezuela's poor economy on an economic war that he says is being waged by the U.S. and Europe.

IMF economist Alejandro Werner says that if the prediction holds, Venezuela's economy will contract by 50 percent over five years.

Werner says it would be among the world's deepest economic falls in six decades.

"The collapse in economic activity, hyperinflation, and increasing deterioration ... will lead to intensifying spillover effects on neighboring countries," Werner wrote in a blog post.

The IMF estimates Venezuela's economy could contract 18 percent this year, up from the 15 percent drop it predicted in April. This will be the third consecutive year of double-digit decline, the IMF said.

Werner said the projections are based on calculations prepared by IMF staff, but he warned that they have a degree of uncertainty greater than in other countries.

"An economy throwing you these numbers is very difficult to project," Werner said at a news conference. "Any changes between now and December may include significant changes."

7 hidden costs of taking out an auto loan