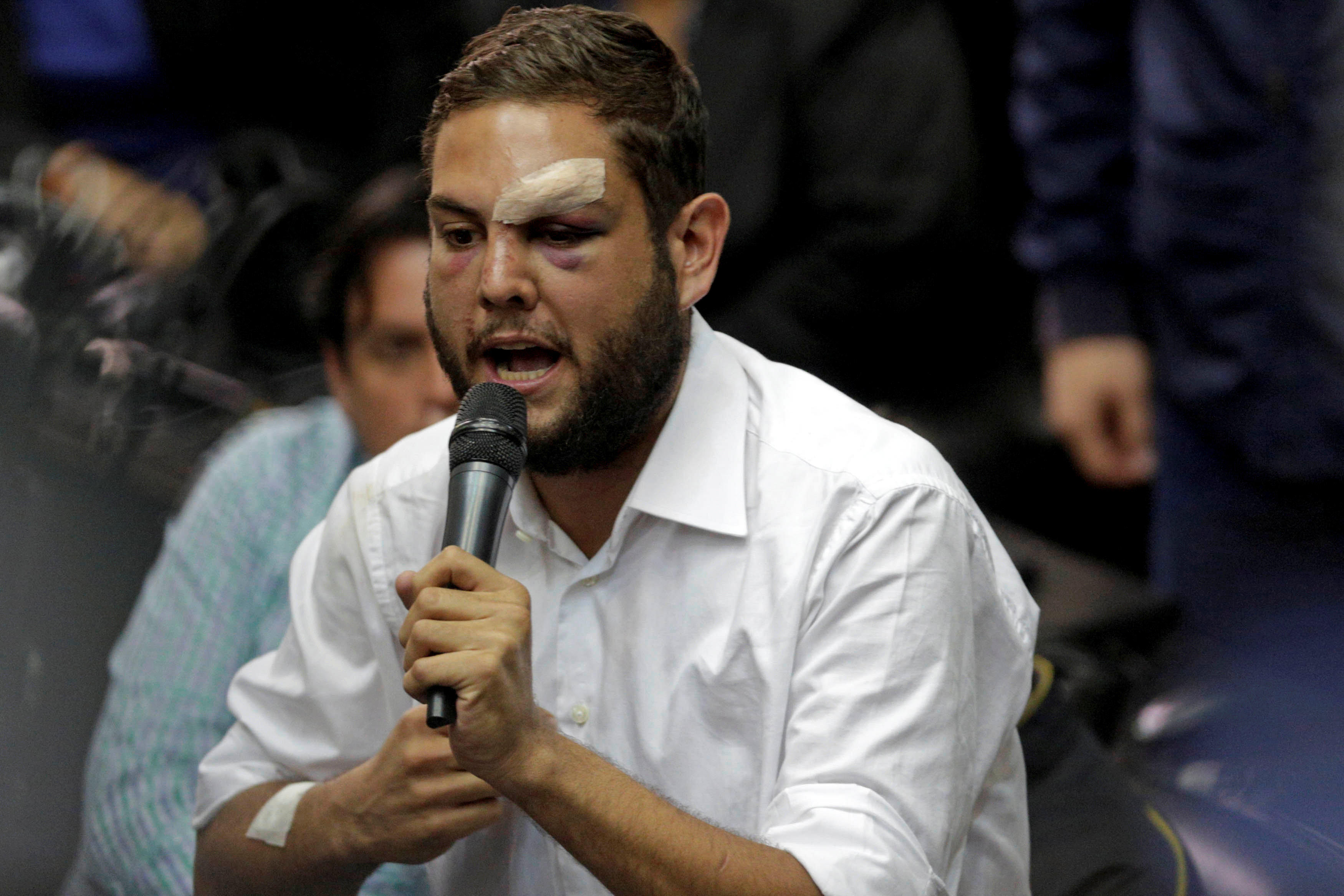 CARACAS, Venezuela -- President Nicolas Maduro has accused two opposition legislators of having roles in the drone attack that Venezuelan officials have called an assassination attempt on the leader, and his allies are moving against the accused.

The head of Venezuela's pro-government constitutional assembly said he would have the body take up a proposal Wednesday to strip the lawmakers of their immunity from prosecution.

During a national television broadcast Tuesday night, Maduro said statements from some of the six suspects already arrested in the weekend attack pointed to key financiers and others, including Julio Borges, one of the country's most prominent opposition leaders who is a lawmaker but is living in exile in Colombia.

"Several of the declarations indicated Julio Borges. The investigations point to him," Maduro said, though he provided no details on Borges' alleged role.

Agence France-Presse says Borges tweeted that the alleged assassination try was a staged farce. "Neither the country nor the world believe you when it comes to this farce of an attack, we all know that it was staged to persecute and repress those of us who oppose your dictatorship," Borges wrote on Twitter. according to AFP.

The president also named opposition lawmaker Juan Requesens, who was seen in a video widely circulating on social media being arrested by Venezuela's political police force.

The Reuters news agency cites opposition figures as saying his sister, Rafaela Requesens, a student leader, was arrested with him but later released.

Critics of Maduro's socialist government had said immediately after the attack that they feared the unpopular leader would use the incident as an excuse to round up opposition politicians as he seeks to dampen spreading discontent over Venezuela's devastating economic collapse.

In the attack, two drones armed with explosives detonated near Maduro as he spoke outdoors during a military celebration Saturday evening. Images on live television showed Maduro and his wife looking up at the sky at one blast and then hundreds of soldiers scrambling.

As elected lawmakers, Borges and Requesens enjoy immunity from prosecution under Venezuelan law. But Diosdado Cabello, the powerful socialist party leader and president of the National Constitutional Assembly, said in a tweet that he planned to introduce legislation stripping lawmakers of this protection.

The events come as Venezuela's economy continues to hemorrhage and thousands flee to neighboring nations seeking food and medical care. Maduro has grown increasingly isolated, with the United States and other foreign powers slapping economic sanctions on a growing list of high-ranking Venezuelan officials and criticizing his government as an autocratic regime.

Maduro spoke for two hours from the Miraflores Presidential Palace in a presentation using polished videos showing suspects and images of the drones exploding. One video included a purported confession by one handcuffed suspect, whose face was blurred out as explained the plot.

Maduro also held up military hats worn by soldiers with holes in them from debris the explosion. Several soldiers seated in the audience had white bandages on their heads, apparently injured in the assassination attempt.

The president also displayed wanted posters with names and pictures of other suspects who he said are living in the United States and Colombia.

Maduro said he would provide evidence to officials in both countries and ask for their cooperation handing over suspects who helped orchestrate and finance the attack.

"I want to explain to the government of the United States and the government of Colombia in detail all the evidence that leads us to accomplices and direct responsible living in the state of Florida," Maduro said. "I trust in the good faith of Donald Trump."