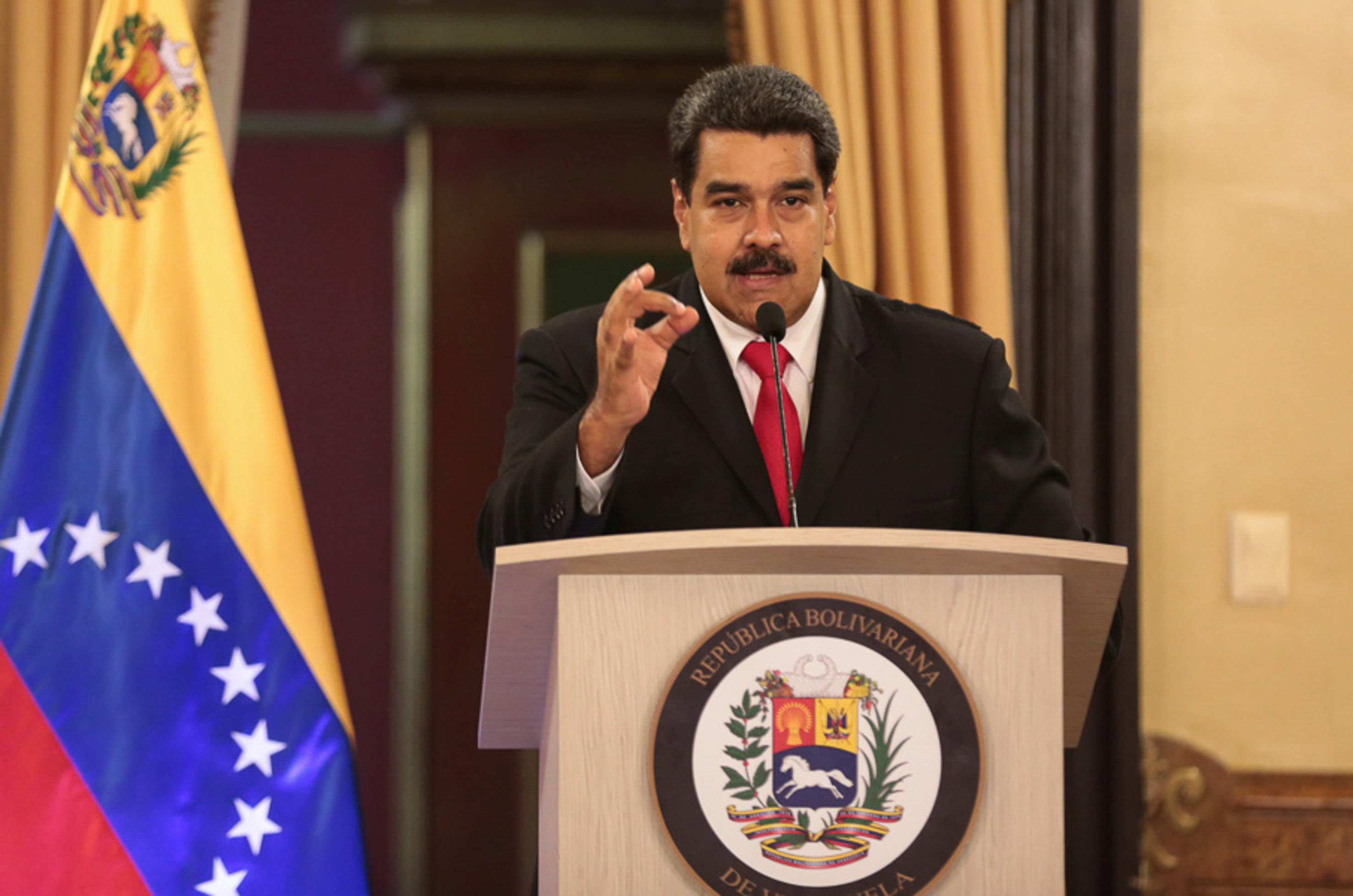 CARACAS, Venezuela — Opposition leaders in Venezuela warn that the government might use an apparent assassination attempt against President Nicolas Maduro as an excuse to crack down on those who legitimately oppose his policies.

Maduro was delivering a televised speech Saturday evening to hundreds of soldiers when he and his wife, Cilia Flores, looked up at the sky and winced after hearing the sound of an explosion.

Nearby residents said Sunday they saw a drone crash into a building and explode about two blocks away from where Maduro was speaking.

"This was an attempt to kill me," he said later in an impassioned retelling of the event. "Today, they attempted to assassinate me."

Maduro said the "far right" working in coordination with detractors in Bogota and Miami, including Colombian President Juan Manuel Santos, were responsible. Some of the "material authors" of the apparent attack have been detained, he said.

"The investigation will get to the bottom of this," he said, "no matter who falls."

A Colombian official with the president's office described Maduro's accusation that Santos was involved as baseless.

The Broad Front opposition alliance issued a statement accusing the government of leaping to the assumption the explosions were an assassination attempt and of making "irresponsible" accusations without any proof.

"We warn that this confused event could be used as an excuse to repress the constitutional rights of the people to continue protesting for the defense of their rights," the statement said late Saturday.

Venezuela's government routinely accuses opposition activists of plotting to attack and overthrow Maduro, a deeply unpopular leader who was recently elected to a new term in office in a vote decried by dozens of nations. Maduro has steadily moved to concentrate power as the nation reels from a crippling economic crisis.

Information Minister Jorge Rodriguez said the incident took place shortly after 5:30 p.m. Saturday as Maduro was celebrating the National Guard's 81st anniversary. The visibly shaken head of state said he saw a "flying device" that exploded before his eyes. He thought it might be a pyrotechnics display in honor of the event.

Within seconds, Maduro said he heard a second explosion and pandemonium broke out. Bodyguards escorted Maduro from the event and TV footage showed uniformed soldiers in formation quickly scattering from the scene.

Witnesses interviewed Sunday by The Associated Press confirmed seeing at least one drone that appeared to be linked to an explosion.

One showed a cellphone video of a drone hovering over a residential street two blocks away and then crashing into a building. While the video doesn't show an explosion, the witness said it fell and then exploded, starting a fire in the building.

Another resident apparently saw the same drone. Mairum Gonzalez said she heard a thundering explosion and ran in terror to her fifth-floor balcony.

"It was so strong the building shook," she said. "I said 'Oh, my God, what happened?' It terrified me."

Gonzalez said she next saw a drone hit the same building mentioned by the other witness and then fall. Moments later, she heard a second blast and saw black smoke. People screamed as they ran in the street below, she said.

An earlier account by firefighters at the scene of the blast hand linked the explosion to a gas leak.

President Trump's national security adviser John Bolton told "Fox News Sunday" that he can state "unequivocally" that "there was no U.S. government involvement in this at all."

At one point Saturday, Maduro asked Mr. Trump to arrest the "terrorists."

Apparently in response, Bolton said, "If the government of Venezuela has hard information that they want to present to us that would show a potential violation of U.S. criminal law, we'll take a serious look at it."

In the midst of near-daily protests last year, a rogue police officer flew a stolen helicopter over the capital and launched grenades at several government buildings. Oscar Perez was later killed in a deadly gun battle after over six months on the lam.

Attorney General Tarek William Saab said the attempted assassination targeted not only Maduro, but the military's entire high command on stage with the president.

Prosecutors have already launched their investigation and obtained critical details from the suspects in custody, said Saab, adding that he would give more details Monday.

"We are in the midst of a wave of civil war in Venezuela," Saab said.

Adding to the confusion, a little known group calling itself Soldiers in T-shirts claimed responsibility, saying it planned to fly two drones loaded with explosives at the president, but government soldiers shot them down before reaching its target. The AP could not independently verify the authenticity of the message.

"We showed that they are vulnerable," the group said in a tweet. "It was not successful today, but it is just a matter of time."

The organization did not respond to a message from the AP.

David Smilde, a senior fellow at the Washington Office on Latin America who has spent decades researching Venezuela, said the incident did not appear to be a staged attack by Maduro's government for political gain.

The "amateurish" attack prompted embarrassing images of Maduro cut off midsentence with droves of soldiers running away in fear, making the president appear vulnerable, Smilde noted. Despite the optics, Smilde said he suspected that Maduro would nonetheless find a way to take advantage of it.

"He will use it to concentrate power," Smilde said. "Whoever did this, he'll use it to further restrict liberty and purge the government and armed forces."

The event had been just one more of many Maduro routinely holds with members of the military, a key faction of Venezuelan society whose loyalty he has clung to as the nation struggles with crippling hyperinflation and shortages of food and medicine.

"We are going to bet for the good of our country," Maduro declared triumphantly moments before the explosion. "The hour of the economy recovery has come."

Images on social media showed officers surrounding Maduro with what appeared to be a black bulletproof shields as they escorted him from the site. Maduro said at no point did he panic, confident the military would protect him.

"That drone came after me," he said. "But there was a shield of love that always protects us. I'm sure I'll live for many more years."