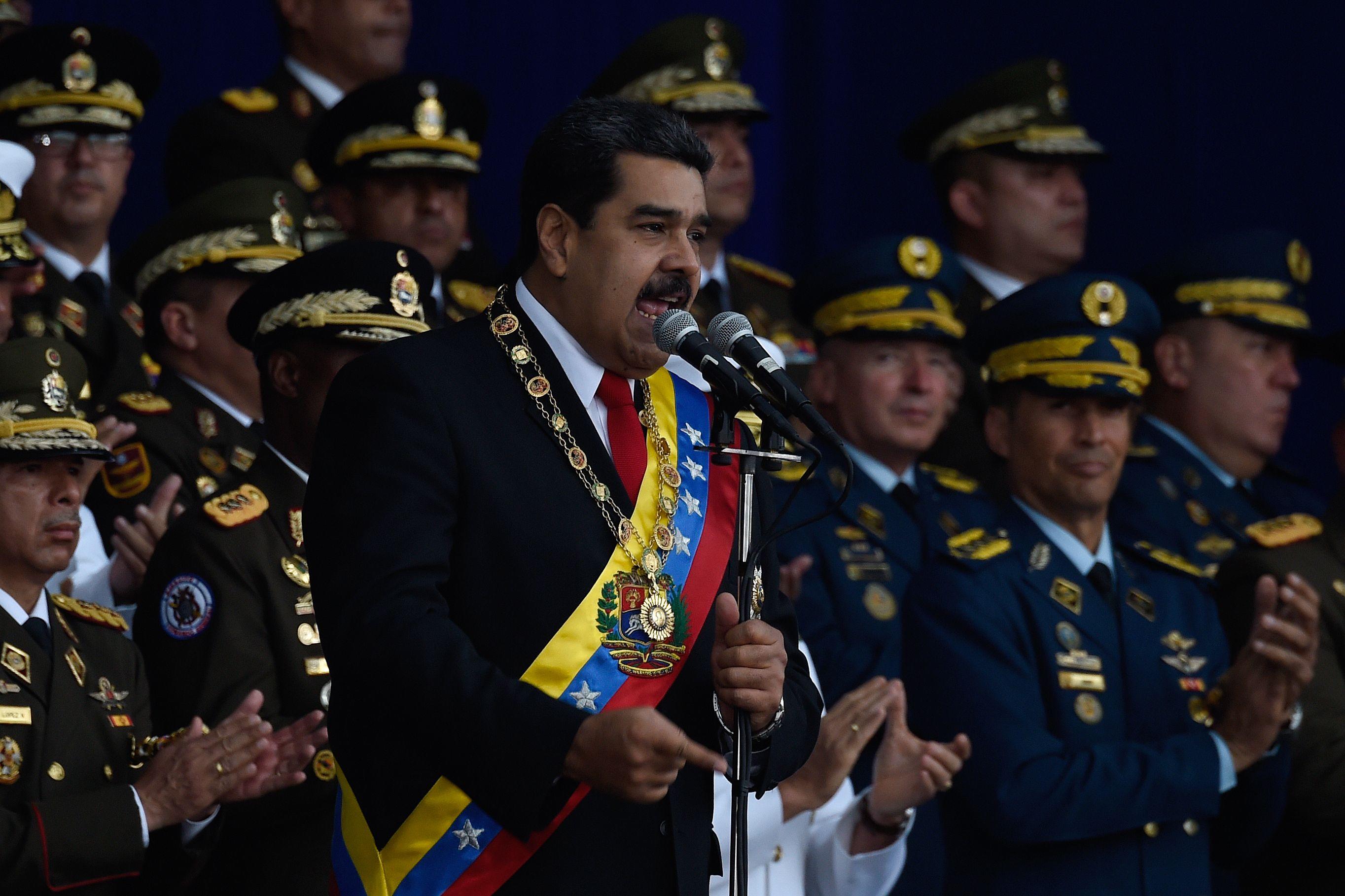 Venezuela's government says several explosions heard at a military event were an attempted attack on President Nicolas Maduro. In an address to the nation Saturday, Maduro said: "This was an attempt to kill me. Today they attempted to assassinate me."

Maduro says authorities have captured some of those responsible. He said far-right wing factions within Venezuela working in collaboration with conspirators in Bogota and Miami were responsible.

He did not provide the names of those detained or describe the charges they are facing.

Maduro added that some of those who financed the attack are in Miami and that he hoped President Trump is "willing to fight the terrorist groups."

He promised a full investigation to hold all those responsible, "No matter who falls."

He said evidence gathered thus far "points to the far right" working in conjunction with Colombians in the neighboring Andean nation.

He added police had made arrests in the incident but did not immediately provide any further details.

Colombians officials have not yet commented on the accusation. Santos has become one of Maduro's most outspoken critics.

Earlier, firefighters at the scene disputed government's version of events.

Information Minister Jorge Rodriguez said in a live broadcast Saturday that several drone-like devices with explosives detonated near the president.

He said Maduro is safe and unharmed but that seven people were injured.

Three officials who spoke on condition of anonymity because they were not authorized to discuss the case say the incident was actually a gas tank explosion inside an apartment.

Smoke could be seen coming out of a building window at the site of the incident.

Maduro's speech cut off abruptly  during a celebration of the National Guard's 81 anniversary. Maduro was standing next to his wife Cilia Flores and several high ranking military officials for the event broadcast on radio and television.

A video shows Celia Flores wince and look up after a sound.

The soldiers lined up in ranks then begin running.

The transmission was cut without explanation.