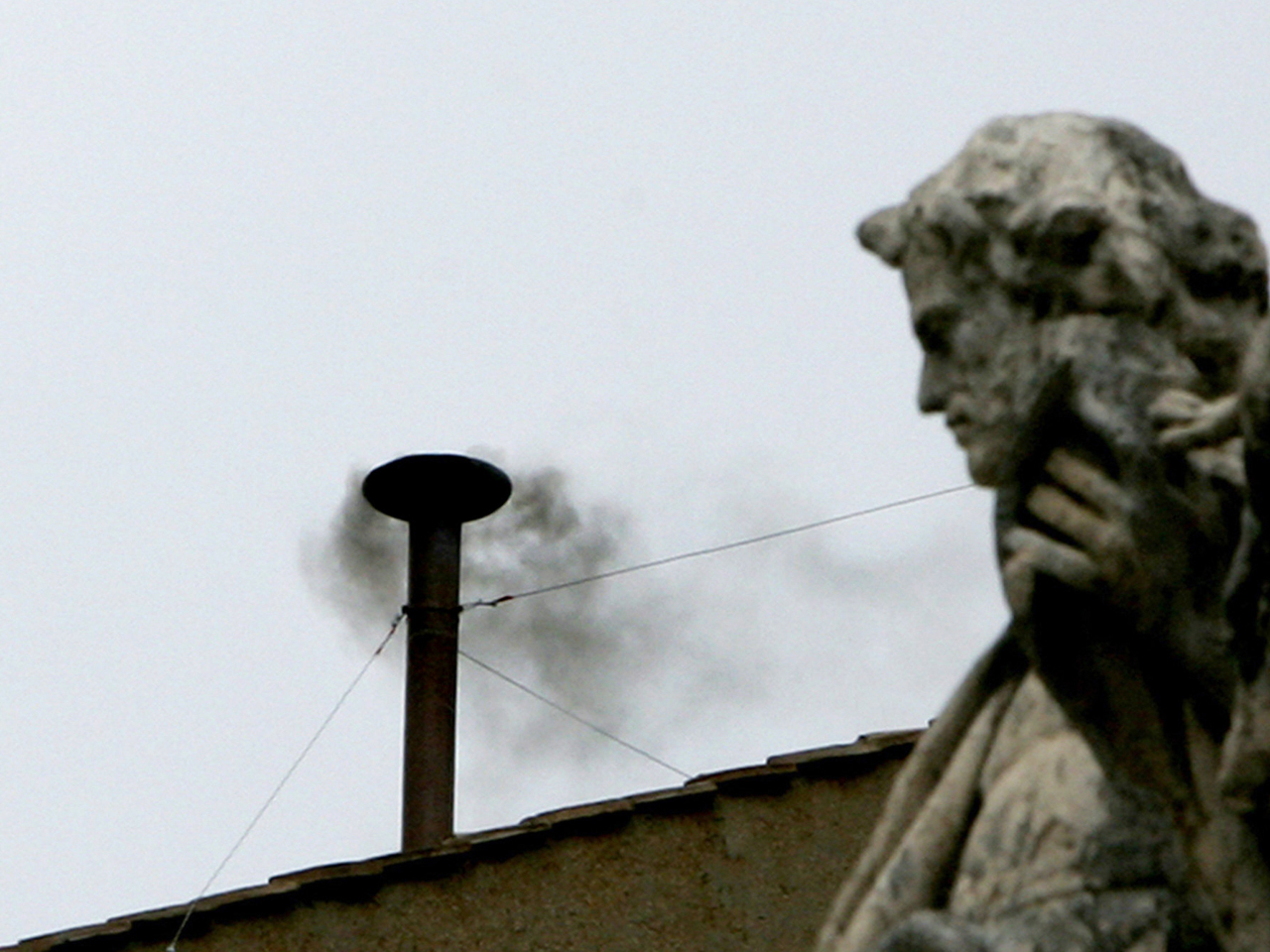 To an observer of the papal conclave, there is one part of the process that is the most visible and exciting. On Tuesday, all 115 cardinals will isolate themselves from the rest of the world and their only contact with those waiting for word of a new pope will be in the form of smoke signals.

What the plumes indicate is simple: Black smoke means that there has been no decision on who among them will be the next pontiff. But if the "fumata bianca," or white smoke, flows out of the chimney than the world knows there is a new Bishop of Rome. The color has to be just right, or millions of onlookers will be fooled.

But, just how does the smoke get its color?

"Most smoke is due to things not burning completely, producing tiny particles that float in the air. The color of that smoke depends on what those particles are made of," Robert Krampf,  a science educator who calls himself the Happy Scientist, told CBS News via email. "Black smoke is usually made up of tiny bits of carbon. White smoke is usually more complex, made up of fuel vapor, water vapor or mineral ash."

Originally, the Roman Catholic Church burned wet straw with the paper ballots to give the smoke its dark color -- which worked for a while.

"The idea behind the wet straw is to keep the fuel from burning completely. The incomplete burning produces the particles of carbon needed for dark colored smoke," said Krampf. "Unfortunately, wet straw gives you grey smoke, not black smoke. This has sometimes led to quite a bit of confusion, with people thinking that a new Pope had been selected if the dark smoke was not dark enough."

To eliminate the confusion, they've now moved on to using chemical compounds to give the smoke the proper color. According to a EWTN News/CNA report, the black smoke is produced by a mixture of potassium perchlorate, anthracene, and sulphur, and the white smoke is made by burning a mixture of potassium chlorate, lactose, and rosin - a natural amber resin. Another distinguishing factor, is that along with white smoke, the bells of St. Peter's Basilica will ring to signal a new pontiff.

As CBS News' Bob Schieffer discussed on "Face the Nation," it is important that the smoke is the right color, because it's not just the locals that get confused, but the world as well.

"All eyes will soon be on that chimney again, and even in the age of Twitter, we'll all be doing what people have been doing for thousands of years, trying to read the smoke signal."