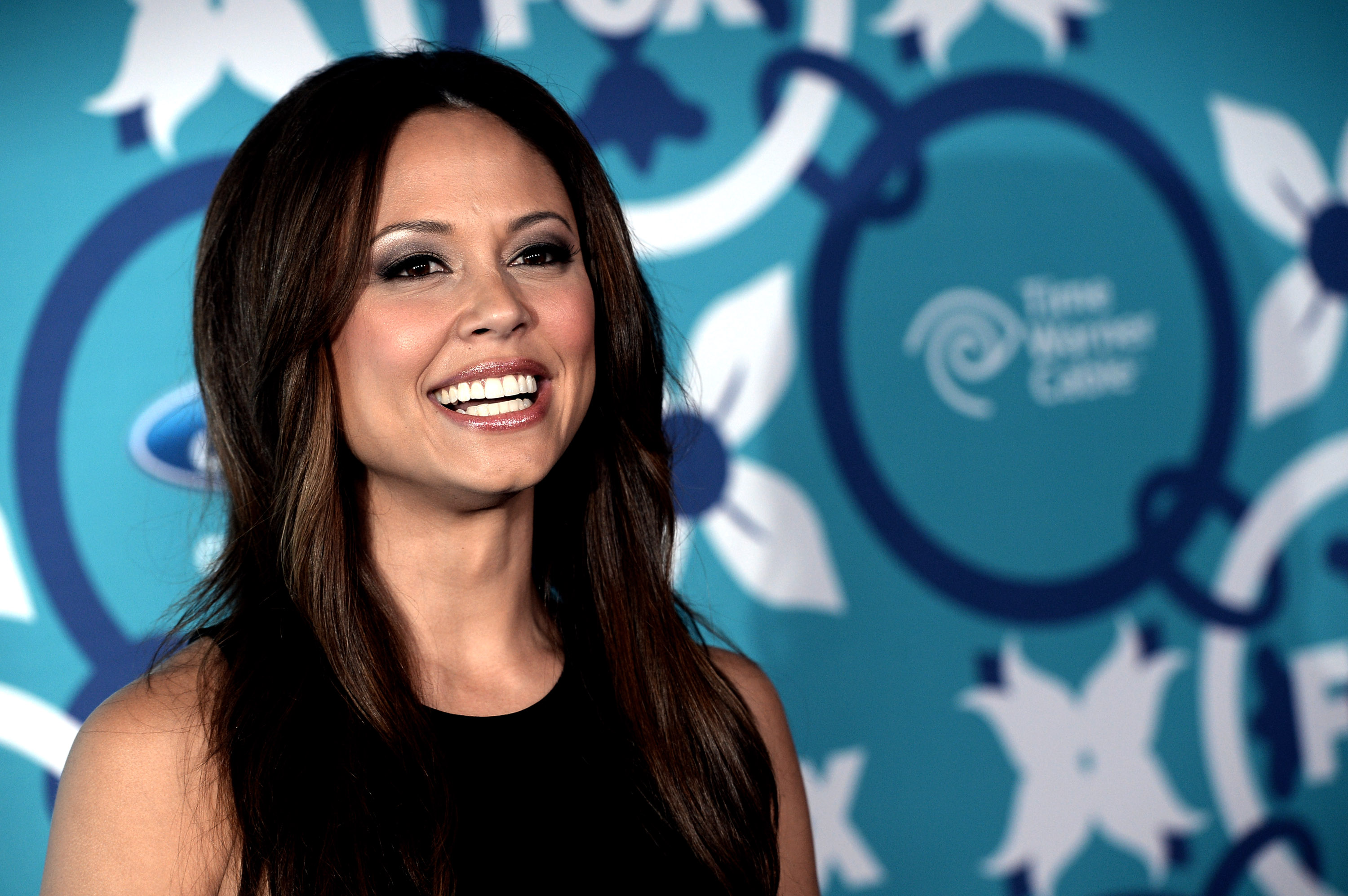 Vanessa Lachey has had a busy year shooting the NBC sitcom "Truth Be Told" and taking care of her toddler son, Camden, and baby girl, Brooklyn. The actress and wife of singer Nick Lachey took a break to talk to CBS News about family life and her holiday traditions.

You're working with Puffs this holiday season and I know you're a mom. How do they come in handy when the weather starts cooling down?

When I became a mother of two, I decided to work with brands that remind me of family because they're my No. 1 priority. Now I'm partnering with Puffs to encourage people to get out and not hibernate inside. People should enjoy the holiday season, and if you do have a runny nose or the sniffles, Puffs is there to take care of your symptoms. Wash your hands constantly, and one thing I've been telling my son to do is sneeze into your elbow if you can't get into your tissue in time.

What are our family's holiday traditions?

We decorate the tree after thanksgiving every year. That's something Nick and I started when we were dating, and then we got married and now we have kids.

Do you listen to the 98 Degrees Christmas album a lot?

We do in our house. Of course we do. And it's so cute because Cam's at an age where he goes, "Oh, this is daddy?" I don't know if he fully comprehends it but I do tell him that it is Nick's album. He does sing and he has great memory for words and melody and i'm not just saying that because his father's a singer. When I was with him in the car -- he knows the tunes even if he doesn't know every word. It's fascinating that at three, he knows.

It sounds like he has a bright future as a pop star.

Well, any future he has, I'd love and support, but it is fun to sing with him.

What was it like to work on "Truth Be Told"? You play a busy mom who also works as a lawyer. Can you relate to that?

For sure. There are parts I pull out of my own life. That's the beauty of acting; you pick and choose from your personal life what to put into your characters and for me, the fact that I'm working and that there are certain things my husband on the show does Nick also does ... It's fun to add in the real stuff. It's also fun to play another character, so when she wants to be in lawyer mode, I'm like, this is fun. I get to be boss lady on this episode. Some things come from your life and some things are heavily scripted.

What was it like to work with Mark-Paul Gosselaar?

It's awesome that he has been working for decades in this industry, but he's so down-to-earth and humble. I respect him as a father, a husband ... He's a hard worker. He's so normal. It's so refreshing. I can't reiterate it enough. I love that he has this warmness.

Did you watch "Saved by the Bell" when you were growing up?

Of course I did. I believe everybody did. It was one of the big syndications and I thought he would be that guy when I met him, but now I just see Mark-Paul as Mark-Paul. I thought I'd see him as his character, but I don't -- in all the best ways. It's a good group. If I'm going to spend as much time away from my family as I do, it's nice to be around people I enjoy being around who are hard workers and care about their families. You want to love what you're doing and I do.

You've hosted entertainment news shows before, you were a pageant girl and you've acted in movies and TV shows. What is your favorite role?

My favorite role is mommy. I know that sounds cheesy to people who don't have kids, or there are even some moms who think it's cheesy. It's a role you can't prepare for; it's a role you don't get paid to do, but it is the most rewarding role and to me, it's been the most fulfilling. It's given me so much motivation, perspective, direction, life, love ... It opens up a whole other side to me I didn't know existed. It's done so much for me and my husband. I love being a mom and I hope these kids know how much I love that. That's my job for the next 70 years.

What's your secret to making things work with your husband?

I don't know if there's any big secret. The biggest thing is to always make time for each other and communicate. We all go through our ups and downs, so it's hard to get date nights and I know it sometimes feels like a chore, but I encourage people to make time for each other and ask about their day and never assume the other person knows what you're thinking or feeling.