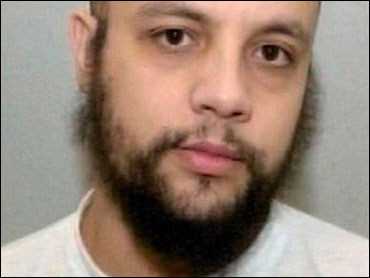 The man on trial for the murder of filmmaker Theo van Gogh admitted his guilt in court Tuesday, declaring he acted out of religious conviction and would do it again if given the chance.

Mohammed Bouyeri turned to Van Gogh's mother, Anneke, in court and told her: "I don't feel your pain."

"I can't feel for you because I think you're a nonbeliever," he said.

Bouyeri, 27, faces life imprisonment in the Nov. 2 killing of Van Gogh, who was found shot and stabbed. Bouyeri has not mounted a defense.

Bouyeri glanced at notes, paused between sentences, and chose his words carefully. Some spectators rose to their feet as he spoke, visibly stunned by his comments.

"I shot to kill and to be killed. You cannot understand," he said, addressing police officers in the public gallery whom he fired upon eight months ago.

Bouyeri's remarks came after prosecutors rested their case, which began Monday. The prosecutors demanded the maximum sentence because the crime was intended to shock the nation.

Van Gogh was a prominent critic of Muslim fundamentalism. The killer left a five-page note pinned to the corpse with a knife, filled with religious ramblings and threatening further attacks.

A distant relative of the artist Vincent van Gogh, he was apparently targeted because he offended many Muslims with his 2004 short film "Submission," which told fictional stories of Muslim women who were sexually and physically abused.

The killing led to a wave of retaliatory attacks on mosques and churches in a country once renowned for its peace and tolerance.

Lead prosecutor Frits van Straelen said Bouyeri has no intention of rehabilitation and would kill again unless he is locked up for life.

"The accused preaches a message of hate and violence," he said. "He preaches that anyone who thinks differently can be killed ... He is and remains a danger to our society."

"It is cowardly to remain silent," Van Straelen said. Bouyeri did not respond.

Bouyeri was arrested by police after a shootout while holding the gun prosecutors say was used in the murder. Prosecutors say he is tied to the crime by witnesses, blood spatters, ballistics and DNA analysis.

Bouyeri, allegedly a member of a terrorist cell known as the Hofstad Network, is said to have attended private prayer sessions with a Syrian spiritual leader, Redouan al-Issar, who disappeared shortly before the Van Gogh killing.

Van Straelen said Tuesday there was some evidence Bouyeri had help, especially financial help, in preparing the killing, but there are no other suspects who can be shown to have directly participated.

Van Gogh's mother and sister briefly addressed the court Monday, but the defendant avoided eye contact, only looking up briefly when they took the stand.

Bouyeri confirmed his identity for the three-judge bench, but his lawyer, Peter Plasman, has said his client doesn't recognize the authority of the court.

"My client wants no defense by him, nor on his behalf, and that's a very thoroughly considered decision," Plasman said Monday. "This is probably the last thing I'll be saying at this trial."