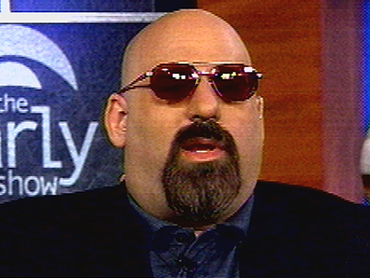 On "The Early Show on Saturday Morning," Levine said van der Sloot will never last in prison in Peru, where he's being held for the May 30 slaying of 21-year-old business student Stephany Flores in his Lima hotel room.

The Dutchman is also still the chief suspect in the 2005 disappearance in Aruba of Alabama teen Natalee Holloway.

And, says Levine, he probably doesn't have much time left.

Asked by co-anchor Chris Wragge what advice he'd give van der Sloot, Levine said, "I'd tell him, 'You're not gonna make it,' that 'What you need to do is pray, because someone's gonna kill ya, and just enjoy the rest of the time you have left on Earth.'

"You know, that's a dangerous place. ... You've got murderers there, terrorists there - you've got bad people. And the problem he's facing is that the father of Stephany (Flores) ... is a prominent person. And this is an impoverished prison. And you pay off the right people, ya know, someone will stick a knife right in the guy.

"And I could give advice to his mother, that I would go out and buy a black dress and get ready for the funeral, because it's gonna be all over pretty soon."

That's the case even though van Sloot is being kept away from fellow inmates, Levine says. "He's in solitary. He's living in a cellblock that has ten cells to it. He's living by himself. ... His existence is just about over. … It doesn't really matter if they isolate him because, even in a U.S. prison, people can get to people.

"I talked to my buddy, Bobby the Bookmaker, in Vegas. He says you can't even get a line on the guy, because he's a dead man. Nobody's picking up the action on this. The show's over for this kid. He needs to face the facts."

Levine says van der Sloot may even see the handwriting on his cell's walls. "I read a report somewhere that he's got a Bible in his cell. He's probably reading the Bible.

"And he's probably trying to plan his next move, but he doesn't have a lot of options. This isn't like the U.S. judicial system, where you're innocent until proven guilty. It's the Napoleonic system, where you're guilty until proven innocent. He's got a lawyer who he probably cannot understand. He's just thrown into an environment where he has no hope of survival. His existence is gonna be nil.

"He has nothing and he has no hope."