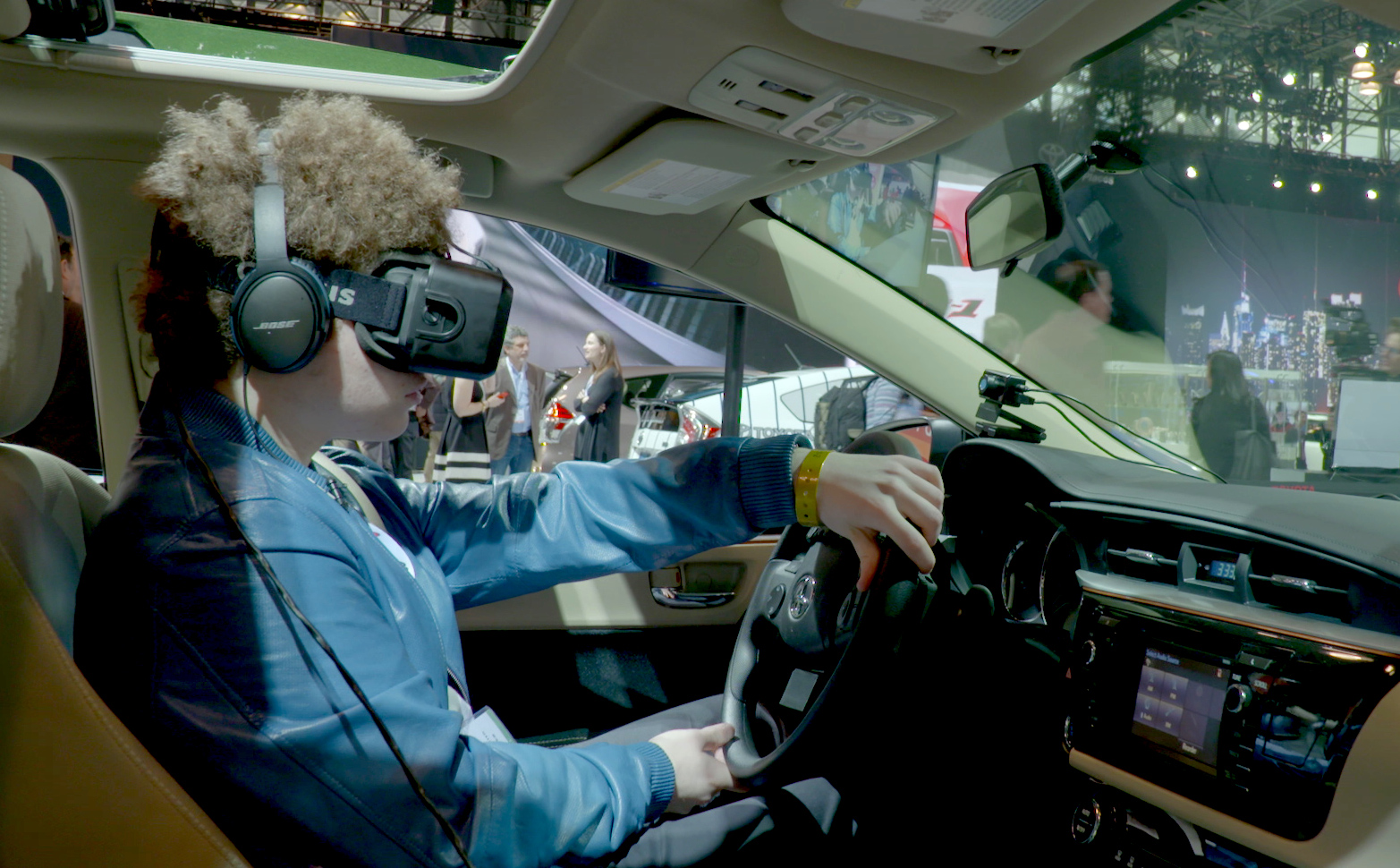 It can be tough to fully comprehend the dangers of distracted driving unless you experience them first hand. Toyota has turned to virtual reality to make that lesson, well, less dangerous.

The company's distracted driving simulator, on display this week at the New York International Auto Show, uses Oculus Rift glasses to show users just how hard it can be to drive safely when you have, among other things, friends in the car yelling at you to check your text messages.

"Anything that takes your eyes off the road while you're driving is considered a distraction," said Marjorie Schussel, Toyota's head of marketing, who oversees the program.

"Even little things, like reaching down to pick up your bag, or changing the radio station, or opening up a cap on a bottle of water and taking a sip -- I think people are surprised when they get into the distracted driving simulator that these distractions do take your eyes off the road and really impact they way that you're going to drive."

The simulation also includes loud music, a low flying flock of birds, sirens and construction. It's an experience not unlike high-tech drunk goggles, the disorienting headgear used in drunk driving demonstrations , but with the addition of sounds and all the distraction that comes along with them.

"It wasn't so bad at first," said Andreas West, a teen driver who tried the simulation. "But then when it was like, oh you got to read the text message on the screen to see where you're going, it was like 'Oh God, no. Oh no, there's sirens where am I? Oh no, I crashed into a car.'"

An Automobile Association of America study released in March found that distracted driving plays a much bigger role in automotive accidents involving teens than previously known. Based on videos from 1,700 teenage car accidents, AAA concluded that distraction is a factor in 58 percent of moderate to severe teenage accidents.

Teens are a key target in the distracted driving education efforts of Toyota, other car companies and advocates, but the company says the simulator isn't just for teens.

"Parents are the number one influence on the way their teens will drive one day," said Schussel. "And if a teen sees you do something just once or twice, they're going to assume that you're doing it all the time. So I know it's tempting to pick up your phone and send a text, or when you hear it go off, view it to see what someone says, but you have to remember that whatever you're doing, you're child who's in the back seat, is going to pick up on that.

The long and short of penile extenders