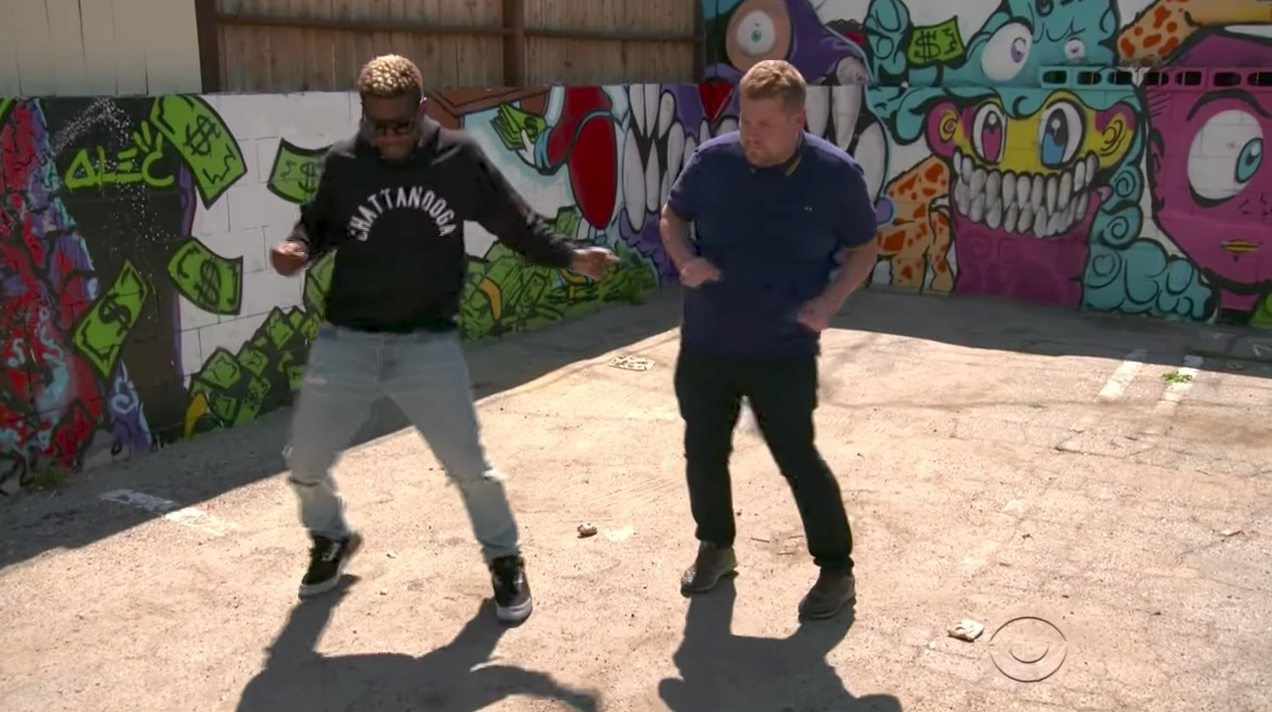 When James Corden got "Caught Up" in traffic and needed to use a carpool lane, Usher came to the rescue. The R&B superstar joined Corden for "Carpool Karaoke" on the "Late Late Show" and the two wasted no time before launching into "Yeah" to kick off their drive, and Corden was ready to take on the rap verses originally performed by Lil Jon and Ludacris.

In the car, Corden talked to Usher about his famous dance skills. The Chattanooga native said, "I started out in Chat dancing in the streets with my cousin and dance was everywhere. It was a part of your culture."

Corden responded, "It's not like that in High Wycombe. I had to create my own moves."

Usher offered to help the "Late Late Show" host not just with his dance moves, but also with his walk. The two parked the car to get out and rehearse walking into the club, though Corden told Usher, "You look like a cartoon cat," before they danced to OutKast's "So Fresh, So Clean."

Later, Corden and Usher visited Usher's Hollywood star and they ran through Usher's classics like "Burn." Watch below to see their moves.