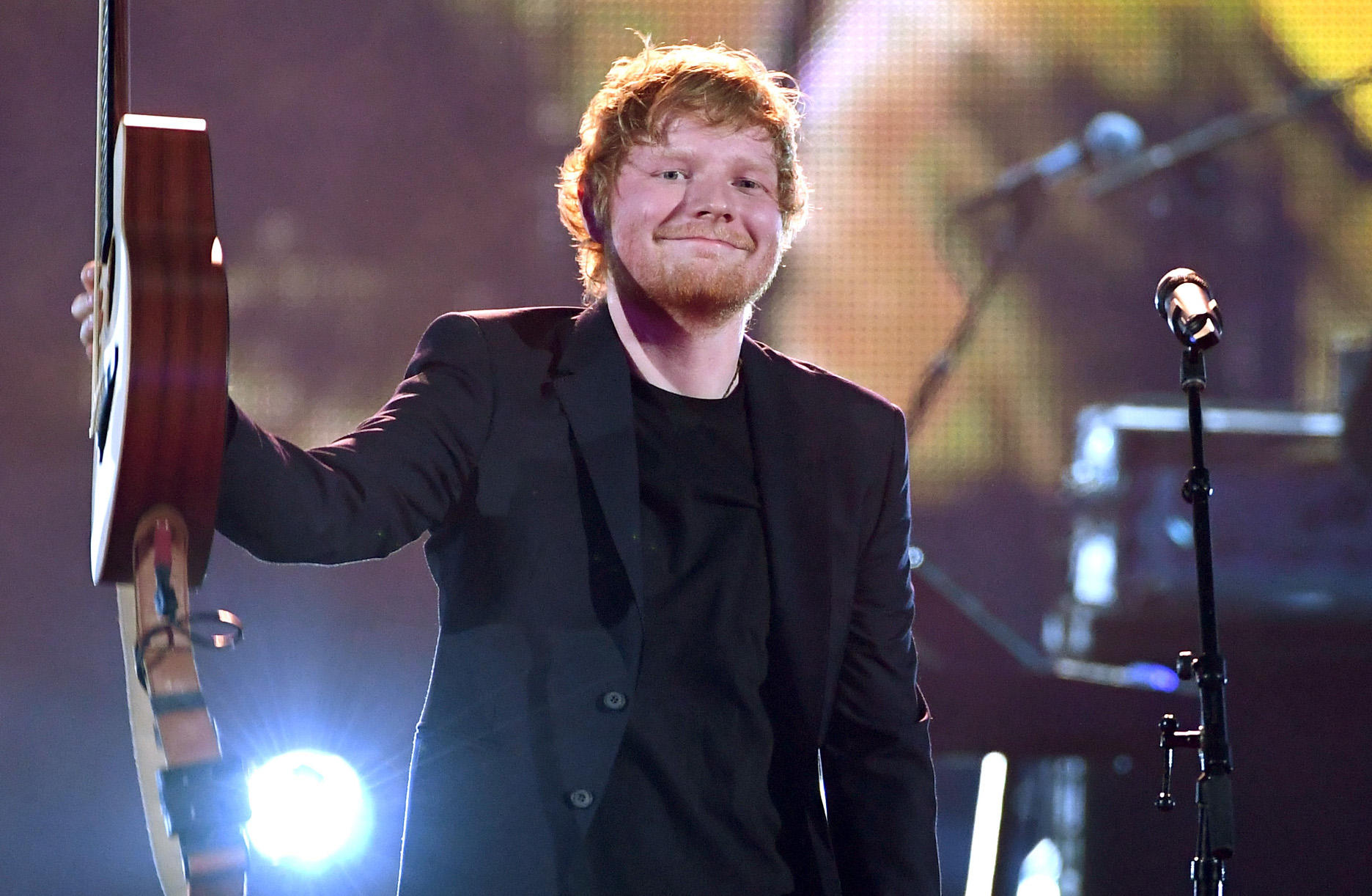 James Corden and Ed Sheeran went out for a spin on "Carpool Karaoke."

The "Late Late Show" host had a guitar ready for the singer, and the pair opened with "Shape of You," which Corden called a "sexy song" -- he had some sexy moves to show off, too.

Sheeran revealed that he spent his past year away from the spotlight traveling for three months and then recording his album for eight.

He also explained that during this time, he decided to get rid of his phone; he only uses e-mail.

"I had [a phone] for like two weeks and I just didn't charge it," he said. "It's like what it would be like 30 years ago for our parents."

Corden said he first got a phone when he was 19 or 20, and Sheeran asked if it was for the purpose of picking up ladies.

Corden explained his lines: "'You up?' Eggplant emoji. That was it."

Then the "Late Late Show" host asked Sheeran if it was true that he could fit 47 Maltesers candies in his mouth, and then faced off with Sheeran -- spoiler alert: Corden lost, and Sheeran set a new record for himself.

Sheeran also dished the dirt on his friend Justin Bieber, who he said once met him -- sans security -- at a "really, really filthy dive bar." Sheeran retold the story about how he accidentally hit Bieber in the face with a golf club.

Corden and Sheeran paid tribute to Bieber by singing "Love Yourself," and then Sheeran shared a bit about how he learned to be confident by bringing around his guitar and singing.

"I was quite an unfortunate-looking kid," explained Sheeran. "I feel like God looked down at me and said, 'You need help getting laid.'"