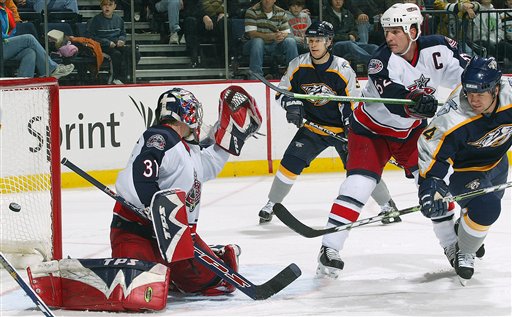 Wes Rachels went 5-for-7 with a championship game record seven RBI as the Trojans(49-17) won their NCAA-best 12th baseball crown by outlasting the Sun Devils (41-23) in a 39-hit shootout.

"It couldn't be more special," said a tearful USC coach Mike Gillespie. "I can't express how thankful we are to the guys. They did a tremendous job. I'm sort of speechless."

Lane (9-2), who replaced USC starter Rik Currier in the second, also pitched 2 1/3 innings to become the pitcher of record for the Trojans.

The teams combined to set 20 College World Series records and tied another 17 in a game that epitomized college baseball: lots of hits flying off the aluminum bats and no lead safe.

Even an early 8-0 lead didn't stand up for USC. The Sun Devils rallied behind a second-inning grand slam by Michael Collins, and pulled to 9-8 on a two-run homer by Jeff Phelps in the fourth.

Southern Cal got a momentum boost in the seventh when Morgan Ensberg stole home with the bases loaded after faking the steal on three previous pitches. That made it 12-8, and Rachels followed with a single to left field, driving in two more runs.

The Sun Devils answered in the bottom of the seventh with a lob single to left field by Rudy Arguelles that scored Casey Myers and Greg Halvorson. Andrew Beinbrink then hit a two-out, two-run homer into the right field light tower to make it 14-13.

Still, the outcome was uncertain until the Trojans came to bat in the top of the ninth with a 17-14 lead.

Robb Gorr, who earlier had homered twice, reached on a fielder's choice and took second on a single by Eric Munson. Ensberg doubled, driving in Gorr to extend the lead.

Brad Ticehurst walked, and Lane followed with a home run off Sun Devils reliever Phill Lowery that cleared the wall just beyond the reach of center fielder Arguelles.

Southern Cal closer Jack Krawcyzk retired the side in the bottom of the ninth, setting NCAA records with his 23rd save of the season and the 49th of his career.

Lane went 3-for-6 with a single and double. Gorr added two home runs and Jeremy Freitas was 5-for-6 with four singles and double.

Gorr started the Trojans with a three-run homer in the first off Ryan Mills (8-4), the ace of the Arizona State staff and the sixth overall pick of last week's amateur draft by the Minnesota Twins.