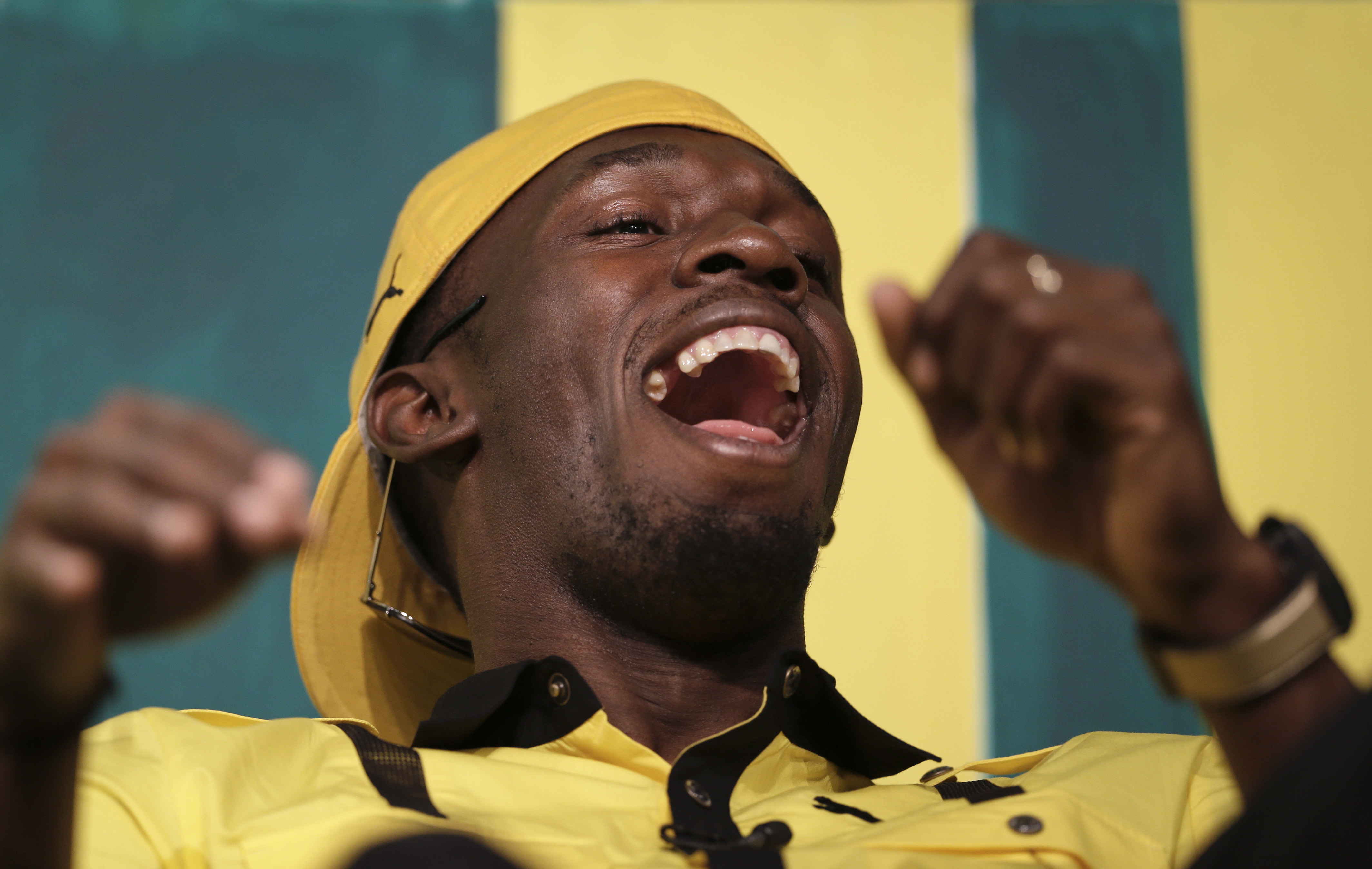 (AP) LONDON - Usain Bolt fessed up. It was his back.

The Olympic champion said Thursday a bad back has been causing him hamstring problems, leading to a pair of losses to training partner Yohan Blake at the Jamaican trials.

"It was a slight problem. I got that fixed and I'm ready to go," Bolt said in his first formal media appearance of the London Games, where he was given the honor of carrying his country's flag at Friday's opening ceremony.

Bolt lost to Blake twice at the recent Jamaican trials in both the 100 and his favored 200 meters. The setbacks fueled speculation that he was injured but haven't dampened expectation that he will retain his 100 and 200 gold medals.

"My fitness (at the trials) was all right, I guess, but I wasn't at the best," Bolt said. "I can't complain. It was all right. It's always a wake up call to get beaten. For me it's all about getting it right on the day. I'm all right (now)."

Bolt also dismissed talk that he had been training away from TV cameras and reporters at the Jamaican team camp in central England because he is injured. Jamaica's 4x100 relay team also is the current Olympic champion.

"I'm always ready," he said. "It's all about the championship. It's never about the trials, everyone knows that. My coach doesn't like the cameras. He likes to keep me away from the cameras."

Bolt was scheduled to appear alongside Blake and other athletes at the event in the heart of east London, but travel problems held some of them up, the Jamaican Olympic Association said.

Instead, Bolt and teammate Asafa Powell were the only two present out of six Jamaican athletes who were supposed to attend.

Before their appearance, JOC President Michael Fennell announced Bolt would be Jamaica's flag bearer at the opening ceremony.

"Carrying the flag is an honor," Bolt said. "For my country Jamaica, I'll do anything — to be on TV. I'm happy. I'm looking forward to tomorrow."

Wearing a bright yellow cap with the letters "U" and "B" on the front, Bolt laughed and joked with Powell and appeared relaxed throughout their appearance in an old warehouse.

At the Olympic Stadium, Bolt likely faces his biggest test in years against Blake.

"I wouldn't say I'm under pressure," Bolt said. "I'm just focused on winning. I don't think it'll be the end of the world (if I don't win), but I'm not going to think about losing at any point in time.

"I know what it takes to be a champion. All I can do is focus and get it done."

Bolt said he would speak to his coach at the end of the season over which events he would run in 2013 and didn't completely rule out an attempt at the 400 meters.

He also said he would run on Jamaica's 4x400 relay team at the Olympics if there was an injury and no one else could fill in.