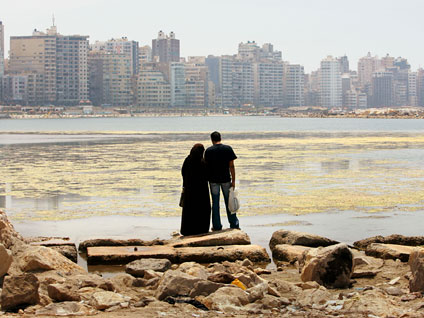 USA Today expects to report the largest decline in circulation in its 27-year history, threatening its No. 1 position among U.S. dailies as the growth of online news and the slump in travel pummel the newspaper.

While most large dailies are struggling to hold on to print subscribers and newsstand sales, USA Today is being hurt by a drop in traffic at airports and hotels, the newspaper's mainstay. It also increased the price of single copies to $1 from 75 cents last December.

In a memo to staff Friday, USA Today publisher David Hunke said the average circulation at the Gannett Co.-owned newspaper was 1.88 million from April through September. That marks a loss of 398,000 copies, or 17 percent, from the same period the year before at the newspaper, which is printed on weekdays only.

The figures for USA Today and other newspapers are due to be released Oct. 26 by the Audit Bureau of Circulations. The decline was reported earlier by Editor & Publisher.

The latest circulation numbers could show USA Today has lost its place as the country's largest newspaper. The Wall Street Journal, which has been adding more general-interest news and competing for hotel subscriptions, was one of only two newspapers in the top 25 that increased its circulation in the last reporting period, which ran from October 2008 through March. It was up 0.6 percent to 2.08 million.

For the same period, USA Today reported a 7.5 percent drop to 2.11 million, which at the time was its largest decline ever.

In Friday's memo, Hunke said USA Today is confident its decline is temporary.

"We fully expect to see circulation increases again as the economy recovers," he said. "I'm encouraged by the fact that despite the tough travel economy, we have not lost a single hotel relationship during this recession."

That may be so, but the Journal has made inroads. In April, Marriott International Inc. said it would offer guests at some hotels a choice between USA Today, the Journal and the local daily.

Emily Edmonds, a spokeswoman for Wall Street Journal parent Dow Jones & Co., said the newspaper had no comment on the circulation numbers.