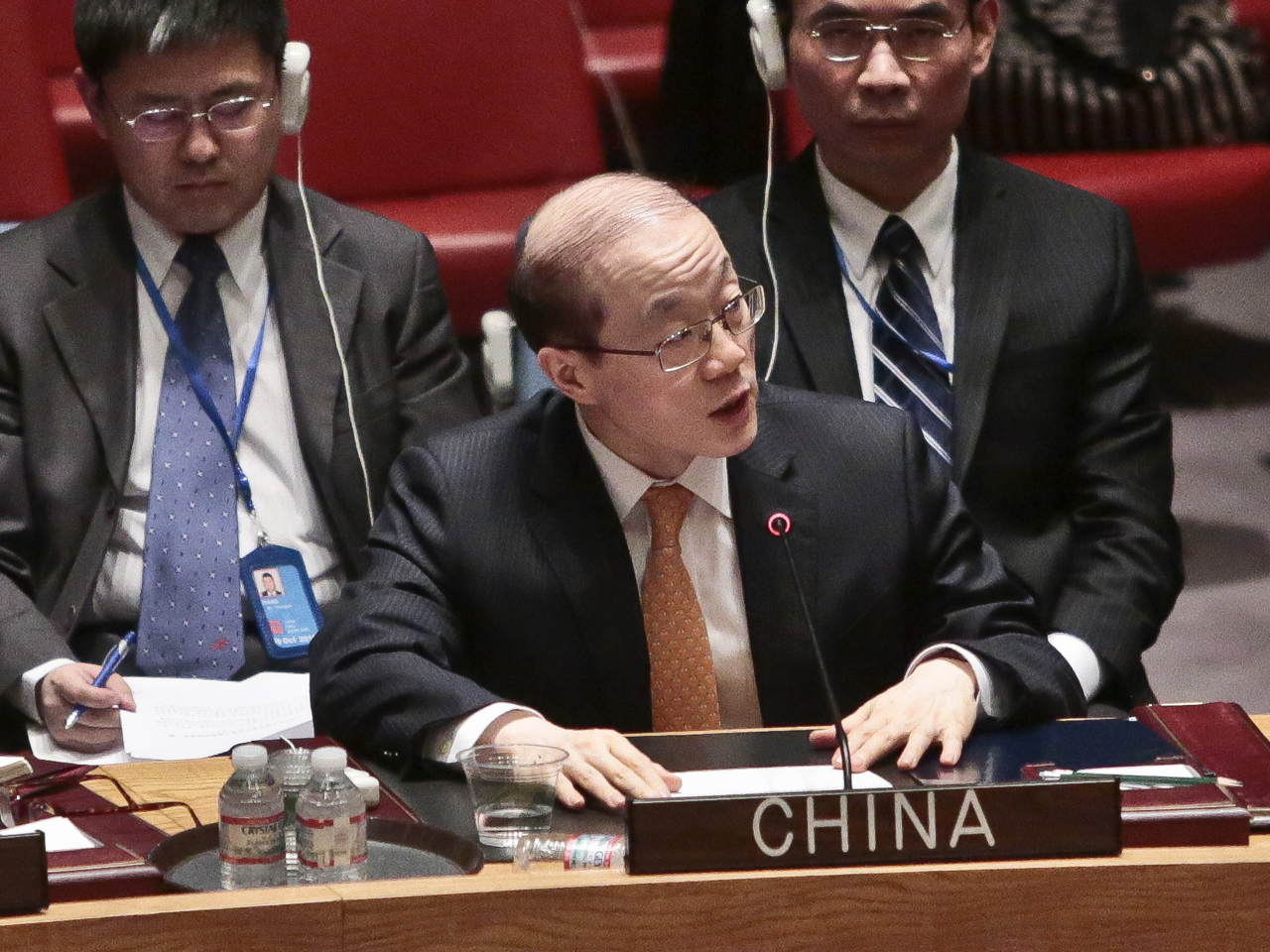 WASHINGTON - The Obama administration is stepping up its attempts to court China's support for efforts to isolate Russia over its military intervention in Ukraine.

With official comments from China appearing studiously neutral since the Ukraine crisis began, President Barack Obama spoke to Chinese President Xi Jinping late Sunday in a bid to get Beijing off the fence. The call was their first known conversation since Russian forces took control of Ukraine's Crimea region.

Obama appealed to China's well-known and vehement opposition to outside intervention in other nations' domestic affairs, according to a White House statement.

However, it remained unclear whether China would side with the U.S. and Europe or with Moscow, which has accused the West of sparking the crisis in Ukraine with inappropriate "meddling" in the internal affairs of the former Soviet republic. China is a frequent ally of Russia in the U.N. Security Council, where both wield veto power.

Obama "noted his overriding objective of restoring Ukraine's sovereignty and territorial integrity and ensuring the Ukrainian people are able to determine their own future without foreign interference," the statement said.

It said the two leaders "agreed on the importance of upholding principles of sovereignty and territorial integrity, both in the context of Ukraine and also for the broader functioning of the international system." They also affirmed their interest in finding a peaceful resolution to the dispute.

In wooing China's support, the U.S. is seeking to capitalize on Beijing's policy of non-intervention, which Beijing has used as a rationale for limiting its involvement in North Korea and elsewhere around the world.

U.S. officials believe China may also be viewing the situation in Crimea through the prism of its own ethnic minorities in border regions. The officials say they were buoyed by comments last week from China's ambassador to the United Nations, who emphasized Beijing's support for non-interference while not directly taking a side in the dispute.

Previous statements from Chinese officials have stressed Beijing's determination to hold to its longstanding policy of opposing threats to any country's sovereignty and territorial integrity. But they have also referred obliquely to "reasons" that the Ukraine situation has evolved as it has, suggesting sympathy with Russia's complaints.

Ken Lieberthal, a senior fellow at the Brookings Institution, said China appears to be "sitting on the fencepost" when it comes to Russia's incursion into Ukraine.

"What we're seeing in China's statements very much reflects the major - and in this instance, conflicting - interests the Chinese leadership has," said Lieberthal, a former Asia adviser under President Bill Clinton.

Even if China were to publicly oppose Russia's military maneuvers in Crimea, it would likely be a symbolic gesture, and there's no expectation China would levy economic penalties against Russia or take other punitive action.

U.S. officials say China may be acting more out of self-interest than anything else as it watches Crimea and its majority ethnic Russian population prepare to vote on breaking away from Ukraine. China is grappling with its own ethnic minority groups in border regions that may feel stronger ties to neighboring countries.

White House spokesman Jay Carney wouldn't say whether Obama asked Xi for any specific actions, including support at the U.N., regarding the dispute between Russia and Ukraine.

"China obviously plays a very important role in the Security Council and does have an important relationship with Russia," he said.

Obama's call to Xi was part of a broader effort by the president to rally world leaders around the notion that Russia's incursion into Crimea violates international law. The Kremlin has so far shown little sign of backing down, and a referendum on whether to join Russia is scheduled in Crimea on Sunday.

Ahead of that vote, Obama will host Ukrainian Prime Minister Arseniy Yatsenyuk at the White House on Wednesday. The U.S. has promised Ukraine's new government $1 billion in loan guarantees, which would supplement a $15 billion aid pledge from the European Union.

European leaders have joined Obama in condemning Russia's push into Crimea, where 60 percent of the population is ethnic Russian.

Russia moved into Crimea after Ukraine's pro-Kremlin President Viktor Yanukovych fled the capital of Kiev. Yanukovych had faced three months of political protests after he scrapped plans to strengthen ties with Europe, a move Russia opposed.