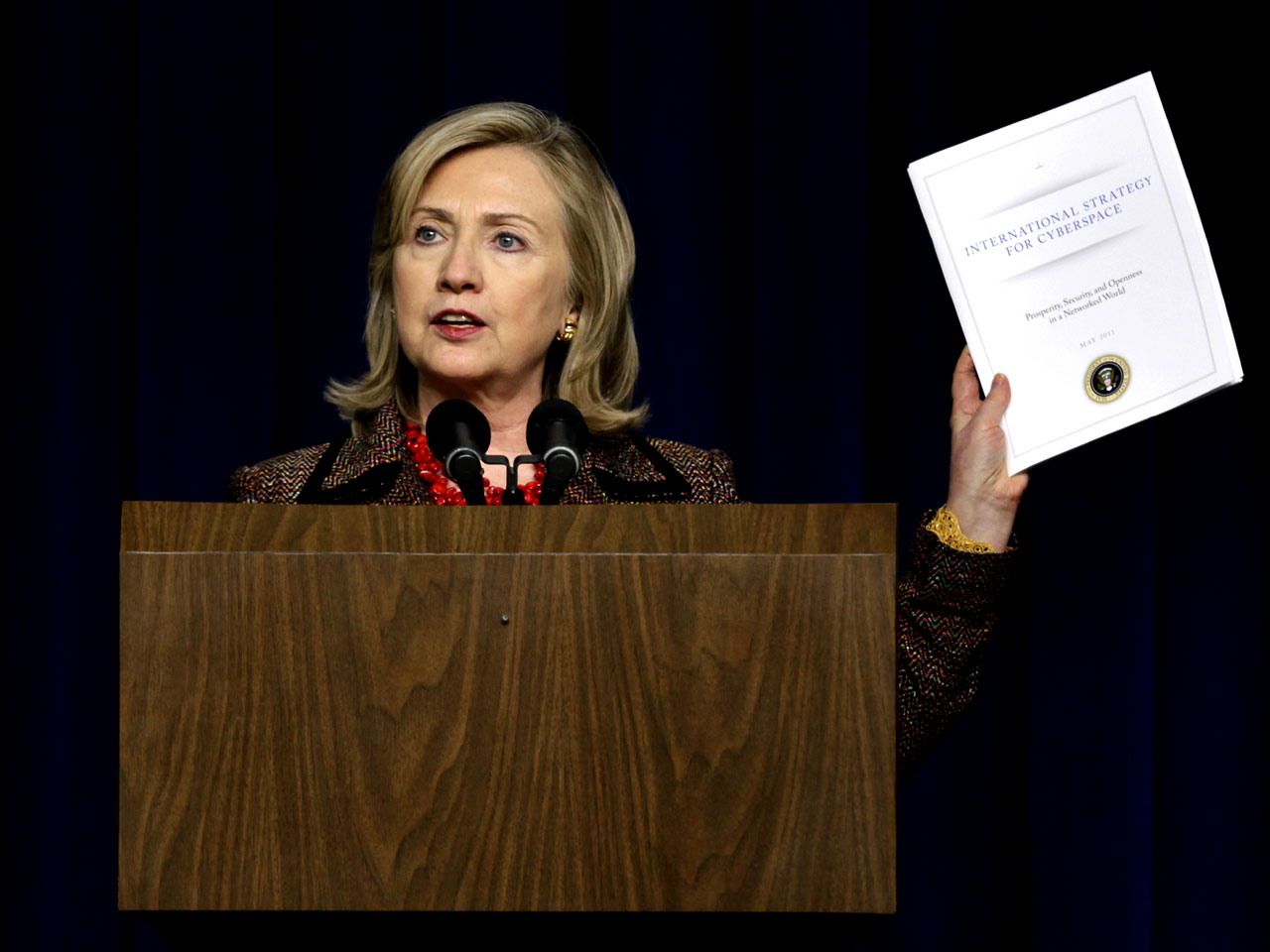 WASHINGTON — The Obama administration laid out plans Monday to work aggressively with other nations to make the Internet more secure, enable law enforcement to work closely on cybercrime and ensure that citizens everywhere have the freedom to express themselves online.

And in the strongest terms to date, the White House made it clear the U.S. will use its military might to strike back if it comes under a cyberattack that threatens national security.

Coming on the heels of populist rebellions in the Middle East, the broad policy stresses Internet freedom, and calls on other nations to give citizens the ability to shop, communicate and express themselves freely online.

The White House plan emerges as international leaders are struggling to improve cooperation on global cybercrime and set guidelines for Internet oversight.

Cybersecurity experts have argued that the Internet cannot become a safer place until nations implement international agreements that better define and regulate cybercrime, provide oversight of the Internet, and set out new standards and rules for industry as it increasingly moves its business into the largely ungoverned online world.

The challenges are vast. International leaders are looking for ways to better secure online financial transactions and other business and high-tech exchanges between nations and corporations that span the globe. And they are also grasping for ways to crack down on hackers and other cybercriminals and terrorists who are routinely using the Internet to steal money, ferret out classified secrets and technology, and disturb or destroy critical infrastructure, ranging from the electrical grid and telecommunications networks to nuclear power plants and transportation systems.

Acknowledging that the Internet can be a tool used by governments to crack down on dissidents or by criminals to steal data, Secretary of State Hillary Rodham Clinton said Monday that nations must agree on acceptable norms for cyberspace.

"What this document says, we want the Internet to be open and free and accessible and an economic engine to all people," Clinton said during the White House rollout of the new policy document.

Clinton and other federal agency leaders said the U.S. will reach out to other nations to set voluntary standards for prosecuting cybercriminals, protecting intellectual property, securing networks, and pursuing terrorists who use cyberspace to plan attacks and woo followers.

For the Pentagon, it makes clear that the U.S. will respond to a major cyberattack in much the way it would respond to any other threat to the country.

"We reserve the right to use all necessary means — diplomatic, informational, military and economic — as appropriate," the policy says. It adds, however, that the U.S. will exhaust all options before military force is used.

The policy is more a set of guiding principles than a binding text, and there are no set deadlines or goals for reaching agreements with other countries.

"This is the future we seek, and we invite all nations and peoples to join us in that effort," White House counterterrorism chief John Brennan said.

White House cybersecurity coordinator Howard Schmidt, in an Associated Press Television News interview, said the policy will allow the U.S. to begin discussions with other countries about what is and is not appropriate activity on the Internet. Under the plan, nations must take responsibility for cybercrime within their borders.

As recent protests swept across the Middle East and North Africa — from Tunisia and Egypt to Libya and Yemen — dissidents used social media sites such as Facebook, Twitter and YouTube to organize anti-government demonstrations. And in some cases, country leaders have tried to stifle the protests by shutting down websites or disrupting Internet traffic. Clinton has been vocal in her opposition to that, and the new policy formalizes those sentiments.

"That's one of the things we hope in the long term that will never happen again," Schmidt said.

He agreed it will take time to forge agreements around the globe, particularly with countries that are "not likeminded" and don't share American values of free expression.

James Lewis, a cybersecurity expert and senior fellow at the Washington-based Center for Strategic and International Studies, said the policy is a strong first step toward broader international agreements.

"For the first time we are saying what to do in cyberspace and what we think is important," Lewis said. "And we are linking cybersecurity to Internet freedom."

The plan also gives U.S. law enforcement agencies a boost as they work to track down cybercriminals in the borderless Internet world — a challenge that is fraught with difficulties, since countries' laws are different and in some places almost non-existent.

Both the FBI and the U.S. Secret Service have based agents in a number of foreign countries, expanding their international cyber investigations, which often involve complex crime networks, often made up of hackers spread across several countries — people who've never met and may have only communicated anonymously online.

A number of recent cases have involved arrests in Eastern European countries, but the threats are also increasing in Africa and South America, where cybercriminals have found burgeoning sanctuaries because of weak law enforcement.